The 2021 NFL draft has officially come and gone, so what better time than now to look ahead to the 2022 NFL draft?

That’s exactly what our friend Luke Easterling of Draft Wire did this week, offering up his “way-too-early 2022 NFL mock draft.” And for the New York Giants, who have two first-round picks thanks to a draft-day trade with the Chicago Bears, they go heavy on the hog mollies. 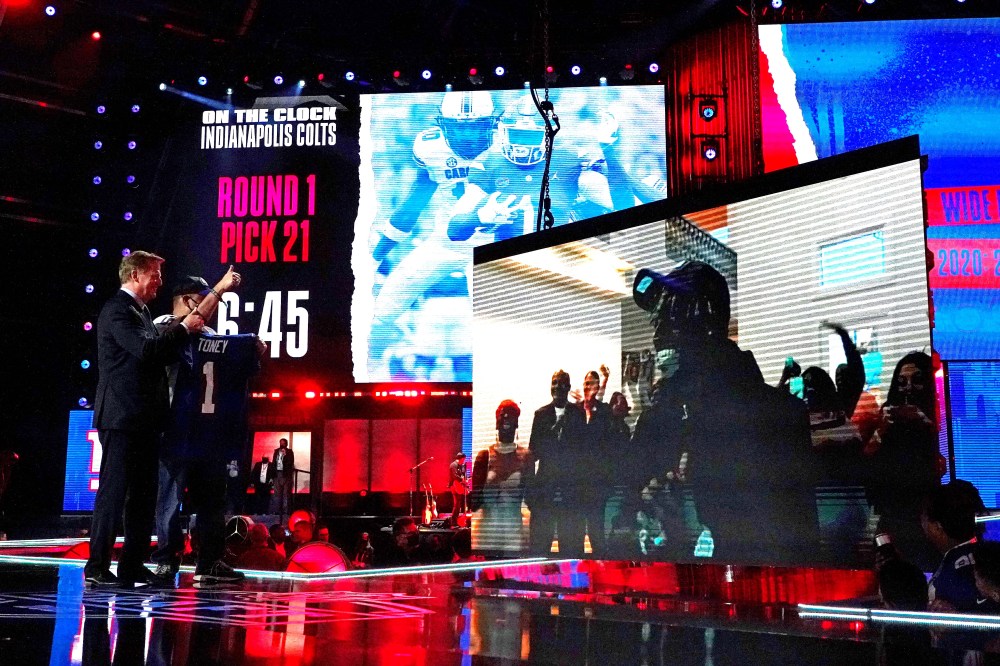 With an order determined by the current Super Bowl odds, the Giants are slated to select at No. 7 overall and No. 11 overall.

With their first projected pick, Big Blue selects Texas A&M defensive lineman DeMarvin Leal, who 247Sports has rated as a top prospect in 2022.

Leal is one of the more intriguing defensive prospects in the 2022 draft cycle thanks to his plus athletic ability, explosiveness off the ball and his versatility. Listed as a defensive end for Texas A&M’s front, the 6-foot-4, 290-pound Leal can capably play both inside and outside, generating pressure wherever he lines up. Leal rated as PFF College’s ninth-best EDGE rusher nationally a season ago, excelling as both a run defender and as a pass rusher. His 32 pressures ranked within the top 50 nationally of EDGE rushers as well despite playing in a system built around stopping the run.

Leal isn’t as big, but he features some of the traits that made Christian Wilkins such a dynamic player for Clemson a few years ago: Freakish athletic ability for his size, excellent against the run and dynamic when needed as a pass rusher be it with a speed or power move. In a deep EDGE class, Leal feels like one of the safer bets to go off the board in the first round.

With their second projected pick of the first-round, Draft Wire has the Giants selecting Miami offensive tackle Zion Nelson.

247Sports does not have Nelson rated among their top 10 2022 prospects, but did list the 6-foot-5, 310-pound lineman as an honorable mention.

Nate Burleson: Giants got one of draft’s biggest steals with Kadarius Toney