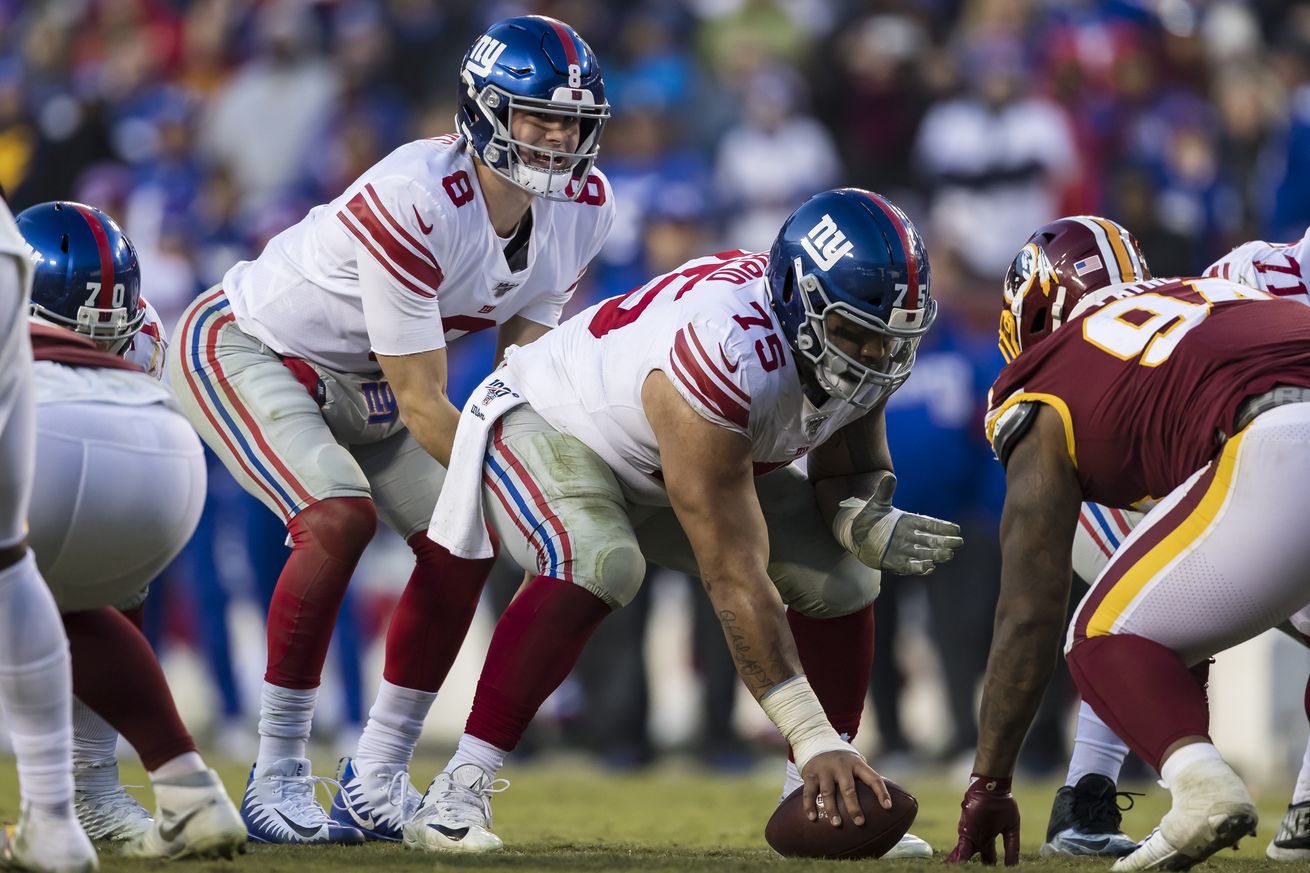 The New York Giants are bringing back free agent center Jon Halapio. The team announced Wednesday that Halapio and wide receiver Johnny Holton have been signed.

We reported previously that Halapio would was working out for the Giants this week, and it seems as though that workout went well.

There is a lot of love for Halapio among the Giants brass. The former journeyman guard converted to center before the 2018 season and became the Giants starter at the position over the last two years. The Giants have long appreciated Halapio’s attitude, work ethic, and size at the center position, sticking with him at starter despite several injuries.

Halapio’s 2019 season a bit early when he suffered a ruptured Achilles tendon in the Giants’ week 17 loss to the Philadelphia Eagles. And while the Giants opted to not tender Halapio — making him a free agent — they did say that they would be keeping tabs on his rehab and would be open to bringing him back if his rehab went well. His rehab, apparently, has gone well enough that the Giants are confident in bringing him back into the fold.

Resigning Halapio casts a new light on the Giants’ battle for the center position, as Nick Gates seems to have seized the inside track to the starting job. We will have to see whether Halapio enters into a competition with Gates, or if the Giants view him as an upgrade over Spencer Pulley as the backup.

The other signing, wide receiver Johnny Holton, will likely help improve the Giants depth at the position as well as give the team an experienced special teams player in the wake of injuries to Cody Core and David Mayo. Holton was originally signed as an undrafted free agent by the Oakland Raiders in 2016 and signed with the Pittsburgh Steelers last season. All told he has played in 48 games, starting 4 games (3 of which came in Pittsburgh), picking up 273 yards and 3 touchdowns on 14 receptions over the course of his career.

More importantly, Holton has played 612 snaps on special teams, 283 of which came last year. Holton has returned a few kicks (3 for 55 total yards), but has also 25 tackles (18 solo) over the course of his career.

To make room on the roster, the Giants have waived linebacker Jaquarius Landrews and offensive tackle Jackson Dennis.