The New York Giants did a lot right on Sunday against the Dallas Cowboys, but they also did a lot wrong. They had multiple touchdowns called back due to penalties and in the end, they left Arlington with a 37-34 loss and an 0-5 record.

But there is reason to be frustrated beyond just the loss itself. The officials in Week 5 were horrendous and ticky-tacky, which is not uncommon for visiting teams in AT&T Stadium.

An illegal procedure call against offensive lineman Cam Fleming was among those that cost the Giants points, wiping away a touchdown pass from punter Riley Dixon to tight end Evan Engram on a brilliantly-called fake field goal.

It was the right call, but not one you often see.

“To be honest with you, I was mad at our execution that took points off the board. That was it, point blank. You prepare for something like that, you call it at a certain time, it came up, you want to see it work. We’ve got to clean that up,” head coach Joe Judge told reporters.

Later in the game, wide receiver Damion Ratley was penalized for an illegal pick that cost the Giants yet another touchdown. But it was clear to anyone watching, including CBS Sports analyst Tony Romo, that the pick was incidental and just a part of Ratley’s route.

“The play wasn’t designed to pick anybody. It was something that happened incidentally. I wasn’t expecting that, but it happens,” wide receiver Darius Slayton said.

On the opposite end of the coin, officials missed a clear holding call when defensive line B.J. Hill was mauled late in the fourth quarter. The lack of a penalty there would ultimately lead the Cowboys to victory.

“If the officials call it, I’m not going to get into a debate or any kind of public scrutiny of that right there. It is what it is, we’ve got to play through the situation of what it is,” Judge said.

As tough as that pill may be to swallow, the Giants blame only themselves for the loss. In their minds, if they have to beat the opposing team and the officials, well… that’s just the way it is sometimes.

“It’s football man. Calls go how they go,” safety Logan Ryan said. “We have to line up and we have to execute the plays. If there’s a penalty on it, somebody probably did something wrong. It hurts when there are 14 points off the board, but it’s football. Not every call goes your way. Not every ball bounces your way. What are you going to do about it?” 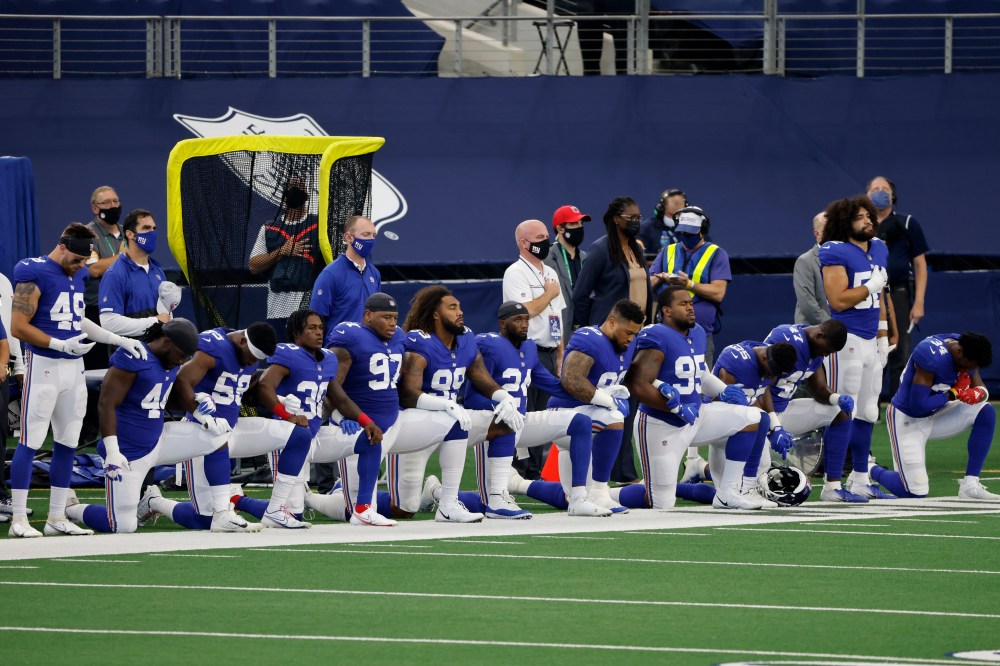