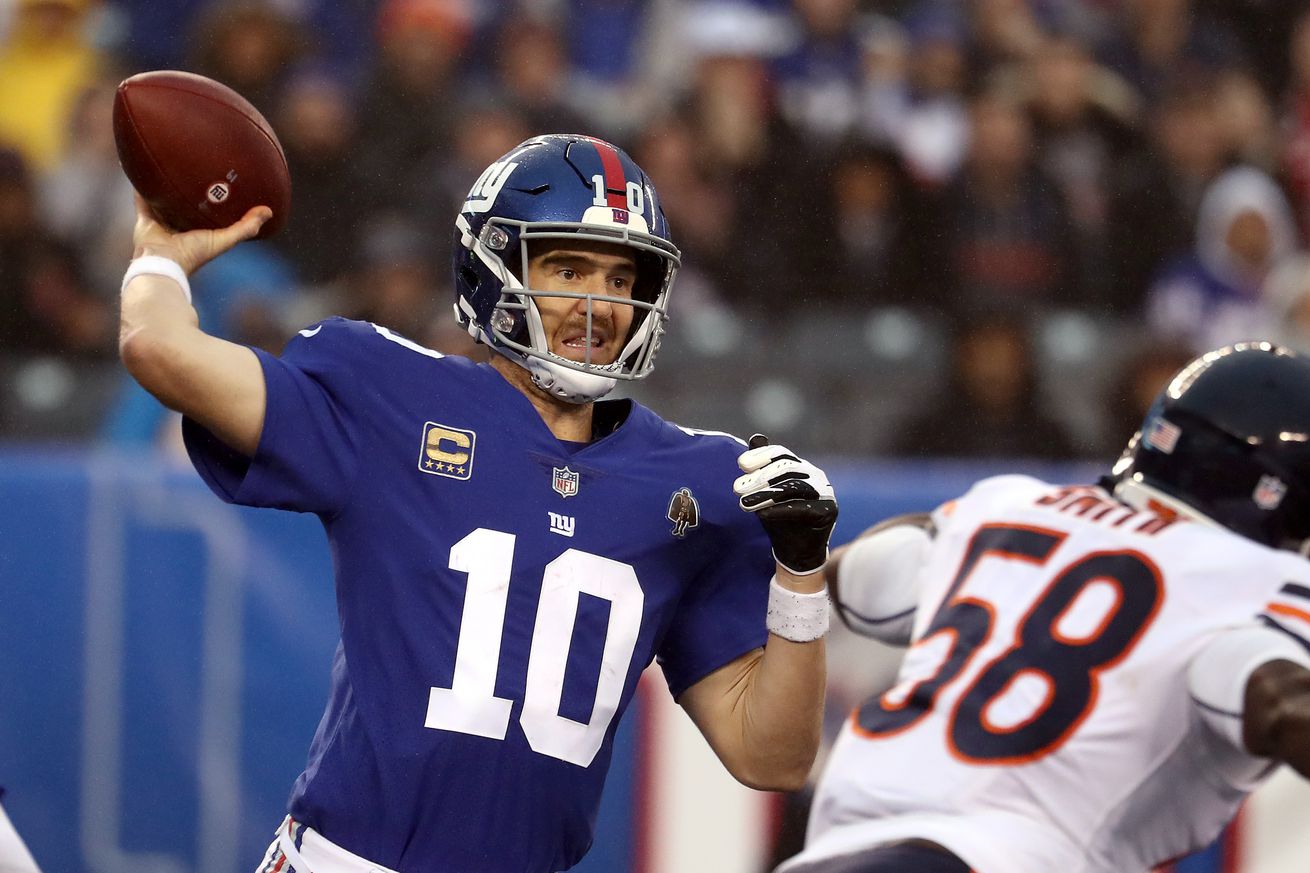 Manning getting ready for 16th year as offseason program begins

The New York Giants took their time fully committing to Eli Manning as their 2019 starting quarterback, with GM Dave Gettleman saying as late as the NFL Combine that the team was still “evaluating everything.”

Manning, though, said Monday that he left little doubt with the organization that he hoped to return for a 16th season with the team.

He said Monday that he knew “pretty quickly” after last season that he wanted to continue as the team’s quarterback.

Manning said he found out some time in the last month or so that he would be brought for 2019. He received a $5 million 2019 roster bonus last month.

He said he is “thinking about right now” and isn’t concerned about what, at this stage of his career, will the year-to-year nature of his status.

Manning is conscious of the possibility the Giants will use an early draft pick on an heir apparent for him.

“I figure the Giants are gonna get a young quarterback. I understand that,” he said.

“In the quarterback room I’ve always felt like I had a great relationship with everybody. We’ve drafted quarterbacks, we’ve had young quarterbacks in there. I enjoy talking football. I enjoy, not necessarily teaching, just talkin’ ball. …

“That’s just part of being a quarterback.”