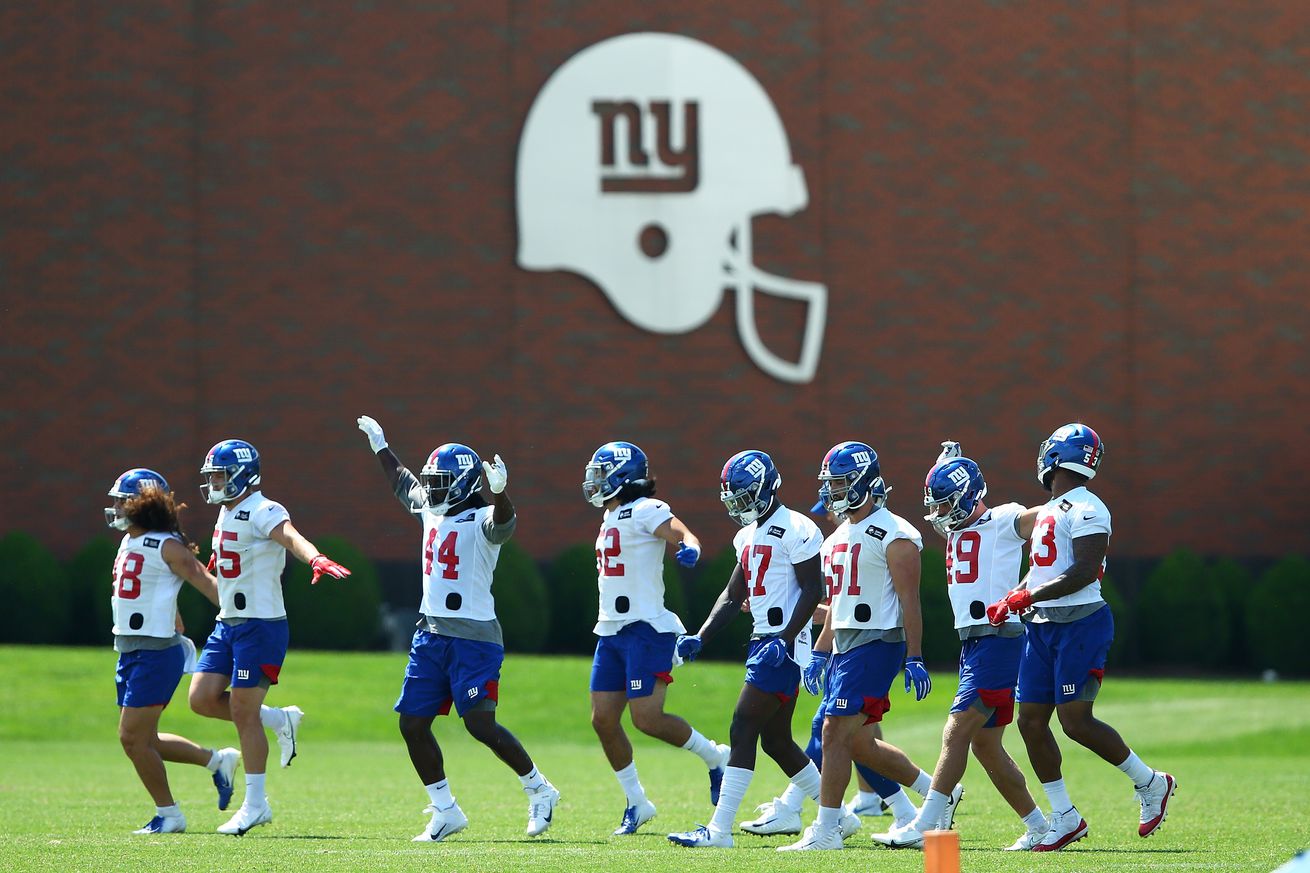 The New York Giants held a spirited practice Tuesday that featured some extra-curricular activity between tight end Evan Engram and linebacker Lorenzo Carter, as well as a brief period where the Giants had to move inside due to lightning.

Engram, Carter mix it up

The two reportedly got into it after a Wayne Gallman touchdown run as they got tangled and Carter ended up pulling Engram’s helmet off and flinging it away. The incident did not escalate into a fight, though, and Carter — judged to be the instigator — ran a lap.

Judge said Carter and Engram “were hugging and kissing after practice.”

Here are a couple of practice highlights.

Quarterbacks wear red jerseys in practice so no one hits them. Would Judge, who has run a physical training camp, let Daniel Jones get hit a little bit before the season begins?

“I don’t think we’re gonna throw him in any Royal Rumbles or anything like that,” said Judge.

The coach did, though, say that he might let teammates “pop his pads a little bit” to get him acclimated to contact.

Figures! Right after we lauded the opportunity being presented to undrafted free agent cornerback Jarren Williams, reports have come out that the Giants could be adding a pair of experienced cornerbacks to their 80-man roster. Brandon Williams and KeiVarae Russell have begun the COVID-19 testing protocol. Neither is a great player, but they could add depth and special teams ability to a team that needs it.

Giants’ coordinators spoke to media on Tuesday. Below, links to stories about those videoconferences.

Tuesday afternoon special teams coordinator Thomas McGaughey promised that the Giants would soon “ramp it up” in terms of practicing kickoff return and coverage. The Giants apparently held a spirited kickoff return session Tuesday evening. Dion Lewis, Corey Ballentine and Darnay Holmes were apparently among the returners. I wasn’t in attendance and don’t have a full list.

That’s how Judge described the center competition between Nick Gates and Spencer Pulley. Judging from the way reps have been doled out in practice, it’s not. Judge, though, predictably isn’t going to award the job or offer any hints via the media.