The Athletic is currently undertaking the monumental task of breaking down the 100 best football players in history, releasing a new name each day leading up to the start of the regular season.

Earlier this week, a legendary member of the New York Giants finally made an appearance. Mel Hein, a four-time Pro Bowler, eight-time All-Pro, two-time NFL champion and 1938 MVP, made the cut at No. 84 overall. 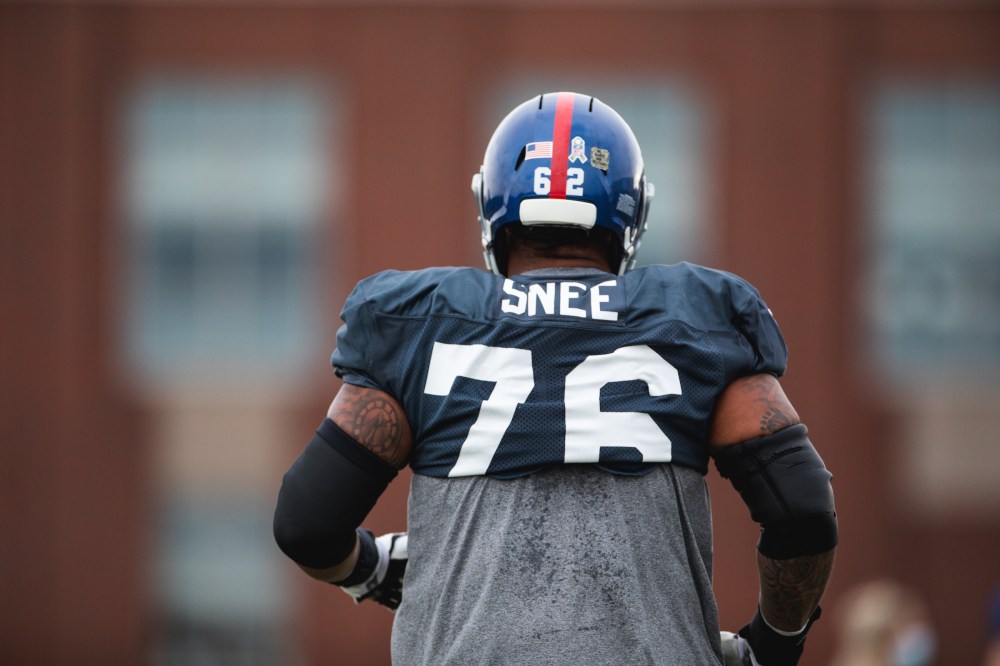 
Mel Hein had NFL legends taking notice from the start.

“Even as a rookie in 1931, there was no one like him,” George Halas, the owner and coach of the Chicago Bears, once said, according to the New York Times. “Usually, you look for the rookies on another team and try to take advantage of them. We tried working on Hein but from the beginning, he was too smart.”

Hein played his entire career (1931-1945) with the Giants before breaking into coaching in 1946. He had actually planned to retire sooner, but returned to the Giants for an additional three seasons when Union College (Schenectady, New York) went on hiatus due to World War II.

If Hein’s name doesn’t ring a bell, don’t fret. After all, the Pro Football Hall of Famer won the NFL’s first Most Valuable Player award a long, long time ago. As a member of the Hall’s inaugural Class of 1963, Hein’s been a part of football lore for decades.

The durable two-way threat for the New York Giants doesn’t actually show up on the traditional list of league MVPs that starts with Cleveland Browns running back Jim Brown in 1957. What the first-team All-NFL center from 1933-40 received in 1938, the Gruen Trophy, which was voted on by sportswriters and renamed the following year for NFL commissioner Joe F. Carr, ran its course until 1946. Legendary players such as Don Hutson and Sid Luckman were also honored, but they followed the man who never took a break.

The use of “never” isn’t hyperbole unless the nitpickers want to ding Hein, who also played linebacker, because he asked out of a game just once during his 15-year career. Blame a broken nose from a game in 1941 for that rare rest.

“We played 60 minutes in those days,” Hein said, according to his Pro Football Hall of Fame bio. “I don’t think I would have liked to play just half the time as they do today.”

Hein remains arguably the greatest center of all-time, but his production on defense was just as valuable to the Giants.