Outside linebacker Lorenzo Carter is in the fourth and final year of his rookie contract and is hopeful that he can continue his career with the New York Giants beyond this year.

The Giants defense has been brutally bad this season thus far after finishing ninth in over defense last year. Carter himself has had his ups and downs.

On Sunday, Carter tipped a Dak Prescott pass and then secured it for an interception. But overall, he and his fellow outside linebackers only managed one quarterback hit on Prescott all day with no sacks.

“I think we’ve just got finish,” Carter told reporters. “We’re putting ourselves in good positions. If you watch the games, we’re not just getting our ass beat. We’re fighting. We’ve got a lot of fight. There’s no backdown from anybody in the locker room. That’s not expected from anybody, but we’ve just got to keep executing, execute and take advantage of situations that we can take advantage of.”

As for getting to the quarterback, Carter had this to say:

“Honestly, if that’s how you rate football players or edge groups, then that’s one thing. But we do more than rush the quarterback. We affect the game in multiple ways. We try set the edge, play the run and do different things. We drop, we help in different ways more than just sacks,” he said.

They haven’t played the run very well, either. On Sunday, Dallas rushed for 202 yards and are allowing nearly 140 yards per game after holding opponents to 111 yards per game last year.

Carter believes there’s still a lot of football to be played and the Giants can turn the tide on their slide, so to speak.

“Is it getting to the point where we’re in trouble? I wouldn’t say so, I would say that we have everything in front of us,” Carter said. “Like you said, we have 12 games left. I’ve been here for four years and I don’t think — we’ve had way worse starts and I don’t think we’ve been out of at the end when it comes to December and at the end of the year, January, playing those football games. As long as we keep fighting and keep getting better as a team each game, that’s the main thing.

“I’m not worried about being out of it or anything. I know the guys in this building, the coaches, everybody in this building is — of course, it sucks to lose. We put in a lot of work and way too much work to come out and not come out on top. But that’s not going to change, we’re going to keep putting in the work and we’re going to keep coming out putting up a fight, and whatever team we play next is going to have to deal with it.” 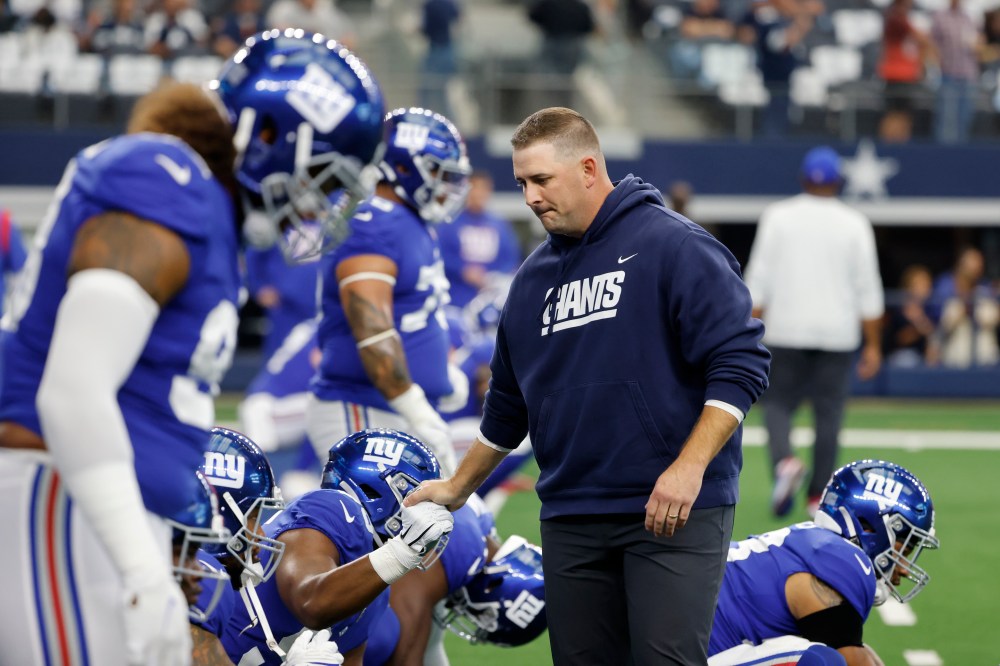