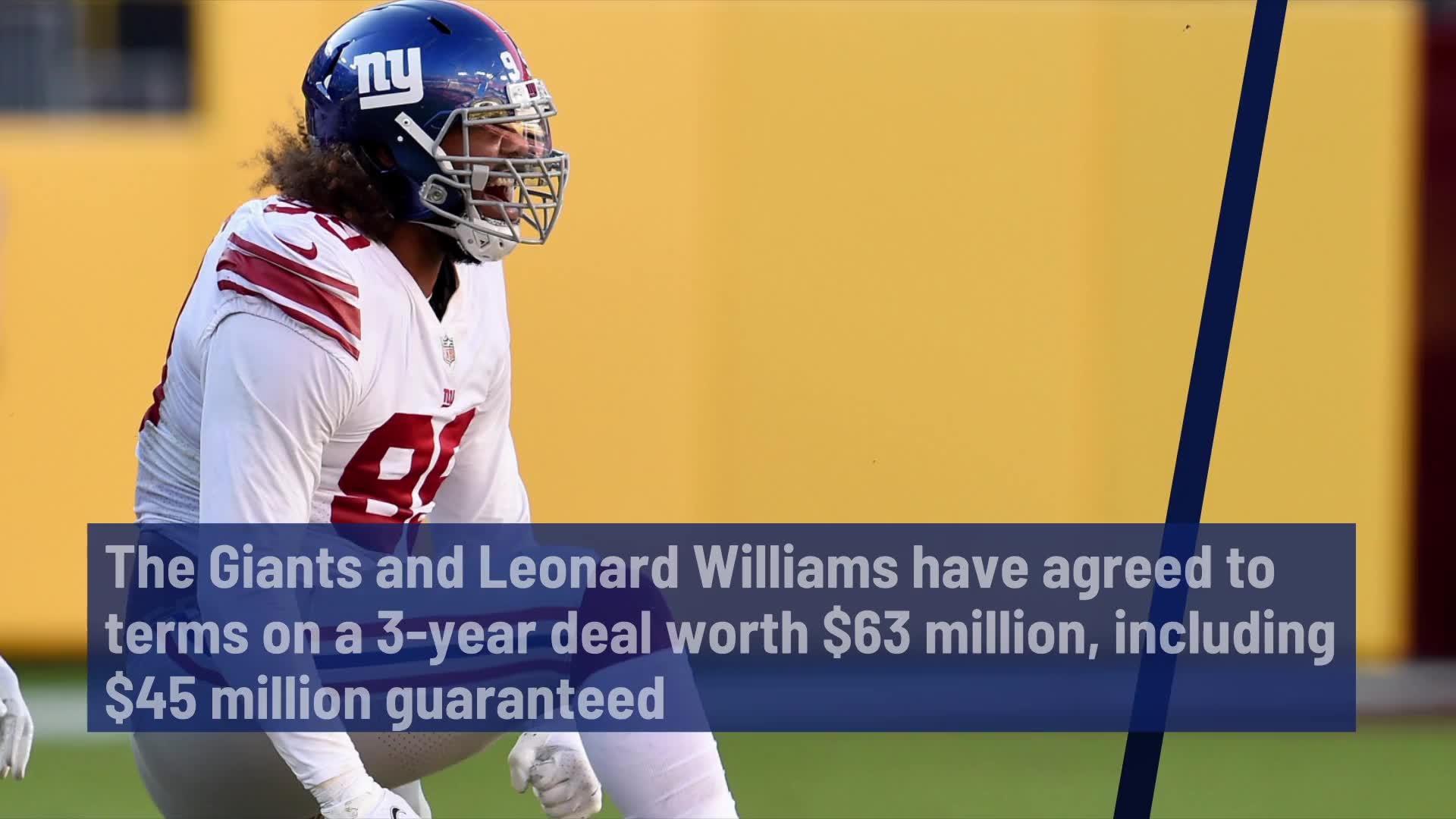 The New York Giants came to terms on a long-term deal with veteran defensive lineman Leonard Williams on Tuesday. The two sides agreed on a three-year contract worth $63 million contract that included a $22.5 million signing bonus, $45 million guaranteed and an average annual salary of $21 million.

The new deal rescinded the $19.4 million franchise tag placed on Williams this week and therefore he has dropped his grievance through the NFLPA.

Leonard Williams now will be dropping the positional salary grievance with the Giants, per source. Both sides live happily ever after. https://t.co/xYc5njI8Gi

Williams was grieving the tag figure placed on him, claiming he should be classified as a defensive end instead of a defensive tackle, which would have resulted in his franchise tag price being raised by several million dollars.

Williams grieved his classification when he was tagged last year and it was still unresolved when the Giants tagged him again this year. Had he won the grievance, it would have meant approximately $3.8 million more in his pocket.

That is all moot now that the Giants are forking over $45 million in guaranteed money to him, the fourth-highest guaranteed contract in their history behind Eli Manning, Odell Beckham Jr. and Olivier Vernon.

Giants to add WR John Ross: How he fits