New York Giants rookie wide receiver Kadarius Toney led the team with a Pro Football Focus grade of 92.4 in Week 5 against the Dallas Cowboys. And as it turns out, he also led the entire league with a 93.3 receiving grade.

That was not only good enough for PFF to name Toney their Rookie of the Week but also the NFL Offensive Player of the Week.

Toney was also named to the PFF Team of Week 5.

Toney was a featured piece of the Giants offense against the Dallas Cowboys, generating 13 targets on 24 routes. The former Florida Gator took advantage of the opportunity by producing a 93.3 receiving grade and averaging 7.88 yards per route run — both of which are top-five single-game marks among rookie wide receivers since 2010.

Toney’s combination of balance, agility and explosiveness makes him almost impossible to tackle. The first-year pass-catcher shed three tackles on 10 catches and averaged 8.9 yards after the catch per reception.

Toney hauled in 10 of his 13 targets for 189 yards, breaking the team’s rookie record that had previously been set by Odell Beckham Jr. He also gained seven yards on one rush.

All of that production came on just 37 snaps and as PFF notes, 24 routes run. Toney likely would have had more but was ejected in the fourth quarter for throwing a bunch at a Cowboys defender.

“It really felt special really just going out there and executing the game plan. We worked on the plays over and over throughout the week and it just felt good to execute at a high level going out there,” Toney told reporters on Monday.

Unfortunately for Toney, he suffered an ankle injury during the game and may be forced to miss some time as a result.

Stock up, down after Giants’ 44-20 loss to Cowboys 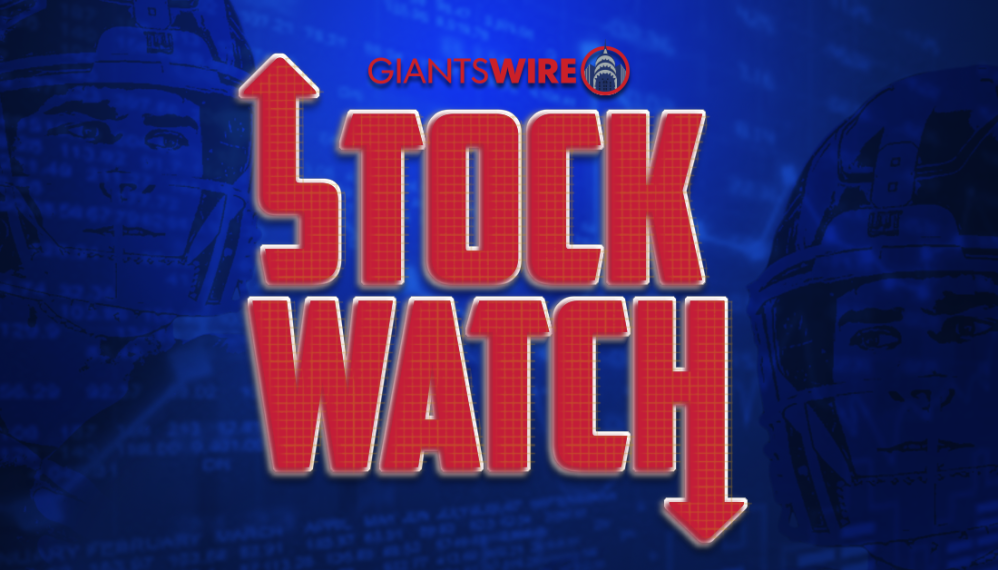