According to ‘experts’ across the nation, one of the major ‘needs’ of the New York Giants heading into the 2021 NFL draft was offensive line help, specifically at the guard position where they had to let veteran Kevin Zeitler go this offseason.

With six total picks (seven, actually, if you count the fifth-rounder they received from Chicago in their Round 1 trade back) the Giants elected to pass on drafting an offensive lineman, choosing a wide receiver, two edge rushers, two cornerbacks and a running back instead. 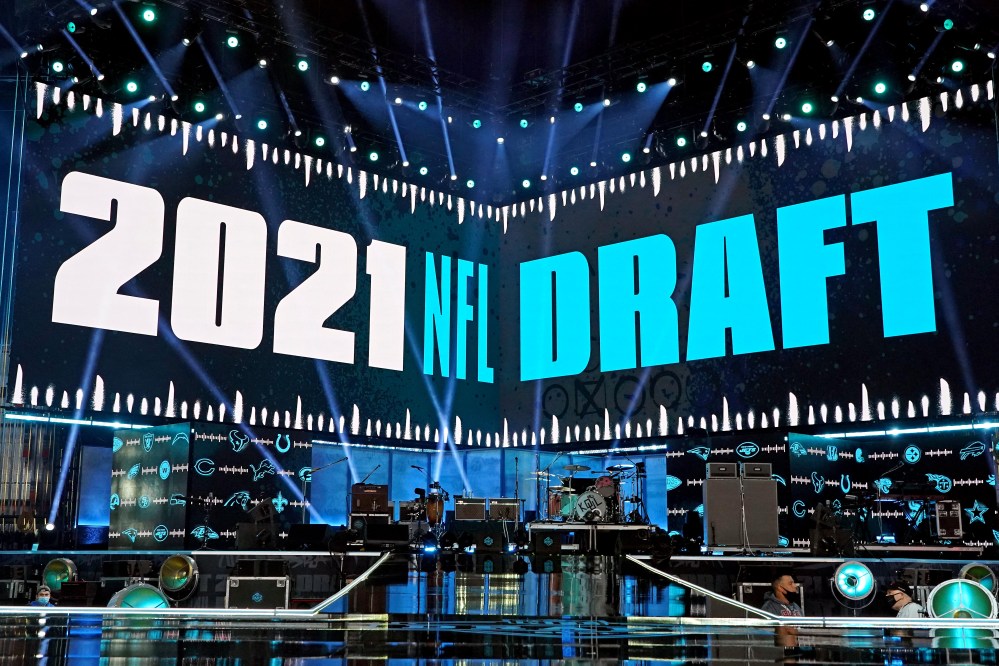 General manager Dave Gettleman said he had the opportunity to take a lineman but every time they were on the clock, the ‘value just wasn’t there.’

“First of all, you don’t want it to be good enough, you want it to be good, plain and simple,” Gettleman told reporters after the draft. “It’s really apparent that we have a little more confidence in our offensive linemen than you guys do. So I’m just going to say we’re happy with the group that we have. Obviously you’re always trying to get better and you’re not going to take a player just to take a player, you take a player because you think he’s going to improve the value of your team. Right now, our offensive line is what it is, the players are who they are and we’re going to move forward.”

Head coach Joe Judge reiterated the Giants were pleased with the group they have.

“First off I’m encouraged by the guys we have on our roster right now,” he said. “They are working hard. We don’t have them in the building just yet, not all of them. As we get closer to the mandatory minicamp and training camp, we’ll get a feel for them on the grass. I would say we are always looking to make every position more competitive, but right now we are committed to working with the guys on our roster and approving each one of those guys individually and that should help the unit collectively.”

If the Giants started the season today, no one is sure who would play where on the offensive line. That will be up to new line coach Rob Sale and Pat Flaherty, the former unit coach under Tom Coughlin, who the team recently brought in as a consultant.

The line will probably look something like this: Andrew Thomas at left tackle and either Nate Solder or Matt Peart on the right side. Nick Gates played all 16 games last year at center so he’s the favorite there and the guards will be a combination of Will Hernandez, Shane Lemieux and free agent Zach Fulton.

Giants draftee Rodarius Williams expects to be ‘one of the greats’