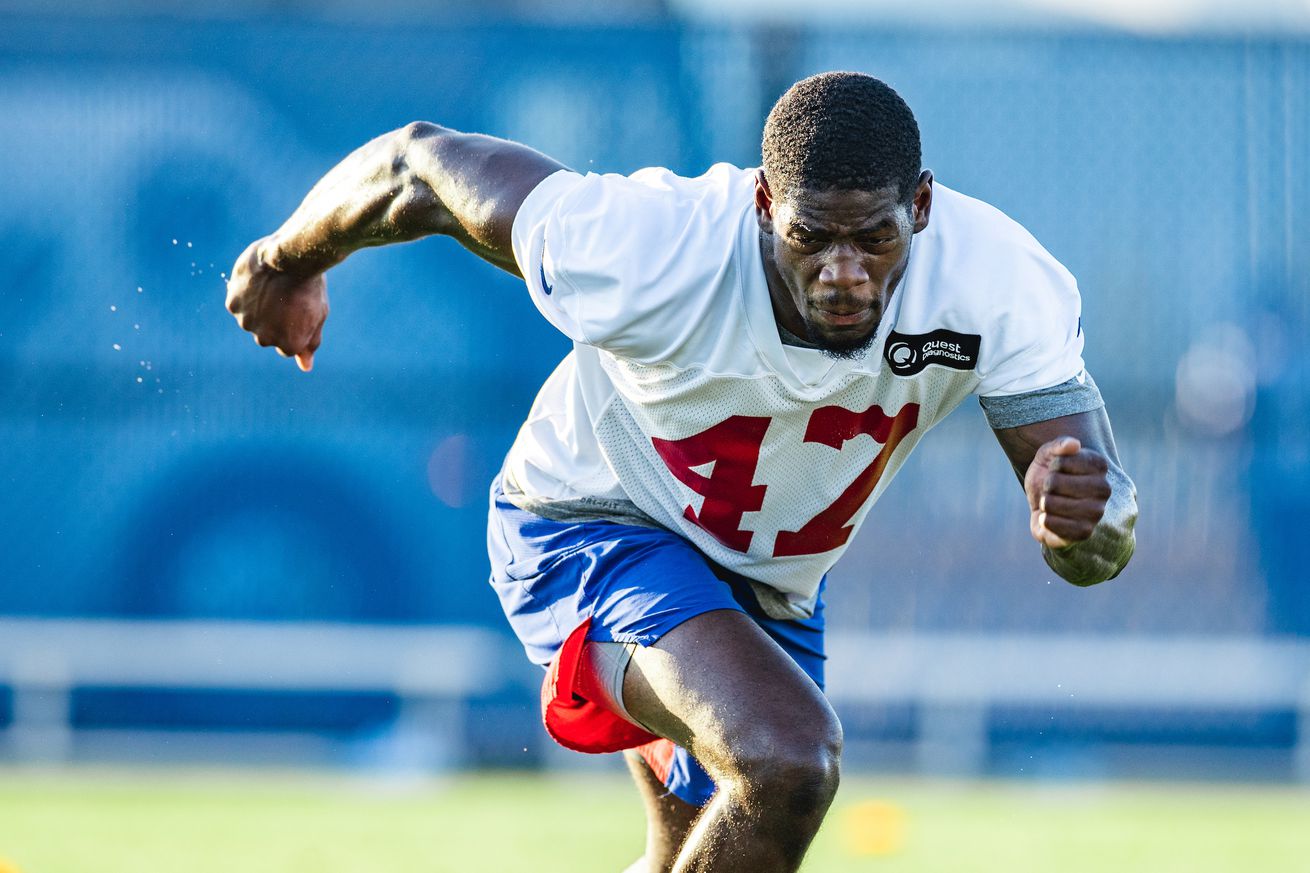 If you watched this week’s ‘Judge Report,’ you saw New York Giants head coach Joe Judge highlight the special teams work of Cam Brown, a rookie the Giants selected in the sixth round.

At 6-foot-5, 233 pounds the rookie edge defender has been splitting double teams on kickoff coverage and has even been used on some occasions as a punt gunner — a spot usually reserved for shiftier wide receivers or defensive backs.

“He’s 6-foot-5, he’s 235, 240 pounds and he can run like a deer. He has great length and speed, he’s smart, he’s physical. He’s very physical. He plays every snap full speed. He is wide open every single time down the field,” special teams coach Thomas McGaughey said. “He’s a high-energy kid, he loves football, and he wants to learn. Those things, those attributes, just having that size and length and being physical. Then couple it with being able to run like he can, that’s just God-given.”

McGaughey knows that it won’t be long before Brown is more than a special teams player for the Giants, especially after the team lost edge defenders Lorenzo Carter (Achilles/season-ending) and Oshane Ximines (shoulder).

“It’s coming,” said McGaughey of Brown’s chance to become part of the defense.

McGaughey believes that, in time, Brown could be a special player for the Giants.

“He is what he is. He’s a big, strong, physical kid who has a special skillset. I think the more plays he makes, the more confident he’ll get. The game will slow down for him. Once the game starts to slow down for him, it’s already starting to slow down on special teams. Once it starts to slow down on defense, I think the sky is the limit for the kid. The kid has a big upside. He’s a good kid and he works his tail off. I tell him all the time, I think he has $7 million walking around inside of him. It’s up to him to tap it.”

Defensive coordinator Patrick Graham has noticed what Brown has done on special teams.

“Cam stands out to me in terms of kickoff. We talk about all the time, kickoff, punt coverage, that’s really the first play of a defensive possession. The contribution there, I’ve seen him split double teams making a tackle,” Graham said. ”You know that tackle counts for defense, alright thanks, you just saved us a first down.”