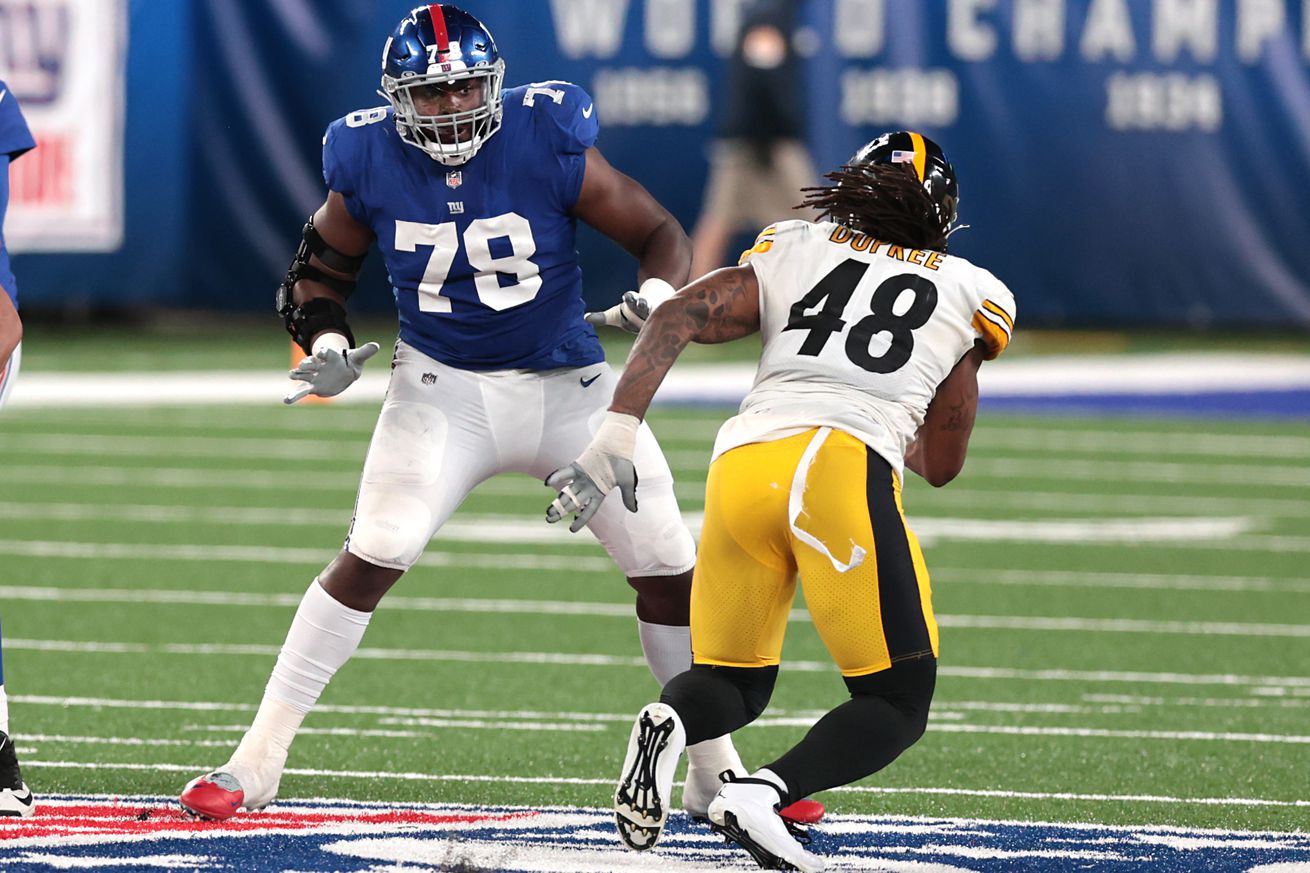 Andrew Thomas’s play in the first five weeks of the season may have shaken the confidence of the fan base in the player the New York Giants selected fourth overall in the 2020 NFL Draft. It has not, though, eroded the belief of the rookie left tackle in himself.

“I wouldn’t say that my confidence is shaken. I think there are things that I definitely need to work on, that comes from practice and repetition,” Thomas said. “Going against these very talented pass rushers early I think will actually help build my confidence because I’ve seen the best, I’ve seen what the greatest in the NFL look like so I can continue to get better each and every week.”

We have been over Thomas’s Pro Football Focus stats, but here they are again:

Yet Thomas, like offensive line coach Marc Colombo and offensive coordinator Jason Garrett, believes he is getting better.

“I think I see progression, but there’s definitely things I need to get better at,” Thomas said. “It’s every week in the NFL. There’s no days off, there’s no plays off, so just trying to cut down my negative plays as much as possible.”

Thomas will not only see talented rookie Chase Young on Sunday against the Washington Football Team, but Montez Sweat and Ryan Kerrigan, as well. He has already faced T.J. Watt and Bud Dupree of the Steelers, Khalil Mack and Robert Quinn of the Bears, and Demarcus Lawrence and Aldon Smith of the Cowboys.

Thomas is getting accustomed to facing top-tier talent each week.

“It’s actually been good for me to see it so early, so I can understand how it goes and how it is week-in and week-out and I think that’ll make me better in the long run,” Thomas said.

He said he has learned that he can’t get away with some of the lapses he got by with in college.