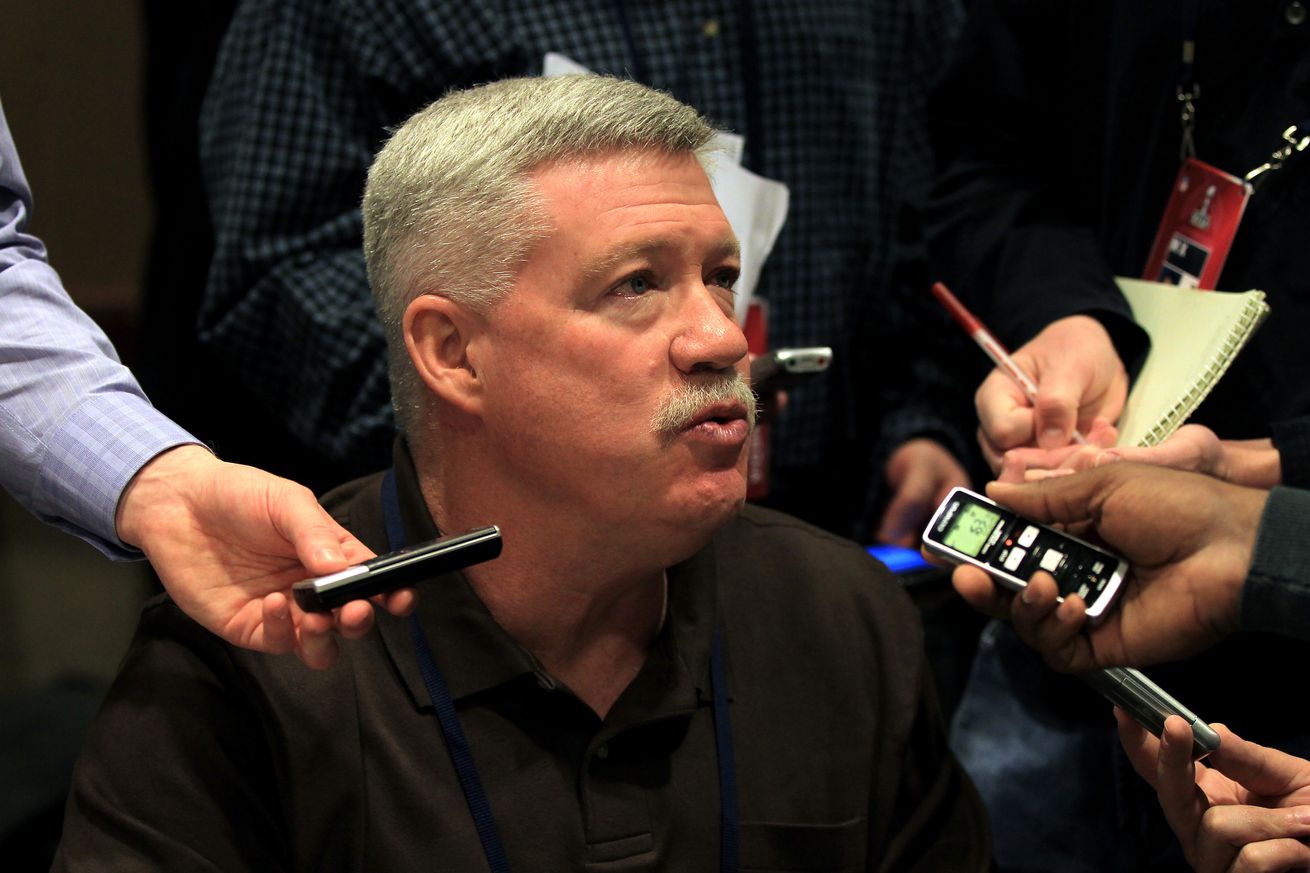 Will head up New York franchise in 2020

As the owner of two New York Giants Super Bowl rings, former Giants’ offensive coordinator Kevin Gilbride was named the head coach of the New York franchise of the XFL for the maiden 2020 season. The announcement was made by XFL commissioner Oliver Luck Tuesday on the league’s live stream.

The new league is roughly 10 months away from its second re-launch and will become a rival league to the NFL; although in its opening stages it may be viewed as more of a developmental league and will comprise a spring format.

Gilbride stated in his press conference:

“I’m very excited about this opportunity for a number of reasons. The entire group of people I have met with the XFL have been very impressive with their professionalism, commitment and enthusiasm. You can’t but come away confident that the efficiency of this league will give us a chance to be successful whereas some of the leagues in the past have not been. It puts me back into the coaching saddle again. Except for playing, the chance to back coaching, motivating, putting together a team – that’s what I enjoy doing. Finally, I am intrigued by being in something at the ground floor level. Having the chance to contribute in the shaping of this league as we look forward to getting to the point where we have the final reiteration of what this re-imagined football league is going to be like. My primary focus is to build this franchise.”

Gilbride was the Giants QB coach from 2004-2006. He was responsible for Eli Manning’s beginning years. Gilbride then shifted into the OC position beginning in the middle of 2006 when OC John Hufnagel was fired following a 30-7 loss to the New Orleans Saints. The Giants had begun the season 6-2 and then suffered six losses in the last seven games. The subsequent turmoil forced star RB Tiki Barber to retire prematurely.

Beginning in 2007, Gilbride was Coughlin’s OC, a position he held for seven seasons. In Gilbride’s first year as the full-time OC, the Giants went 10-6 and then captured Super Bowl XLII with a 17-14 victory over the undefeated New England Patriots. Four years later, the Giants won Super Bowl XLVI, again over the Patriots.

After a disappointing 7-9 season in 2013, Gilbride retired in order to spend more time with his family and return to his Rhode Island roots. In the interim, the media blasted him for his 28th ranked offensive and predictable play calling.

Even Giants GM Jerry Reese made some disparaging remarks at the time and noted it was time for a change. Gilbride had made a statement to refute Reese’s criticism:

“I’m kind of surprised to hear him say that. No one had figured that offense out for 24 years. To think that they figured it out this year would be pretty ludicrous. I think it was pretty obvious what the problems were. We had a confluence of injuries, we were very weak on the offensive line. We had some guys who struggled. We started six different offensive tailbacks, three different fullbacks, three different right guards, four different centers … You’re not going to have anything (with that). You can say it’s the offense, but it’s pretty clear what the problem was.”

But now he is once again a head coach of a pro football team. This time, he will be able to build a franchise from the ground up as he was also named the franchise’s GM. As much as he enjoyed being the play caller and run the offense, his goal was to once again be the head coach.

The XFL is comprised of eight franchises all owned by the league. Whereas the AAF placed clubs in mid-to-large area markets such as Memphis and Orlando, the XFL has its franchises in major cities such as St. Louis, Houston and Los Angeles, to name a few. Currently, none of the franchises have team names or logos. The fresh New York club will play its home games at MetLife Stadium.