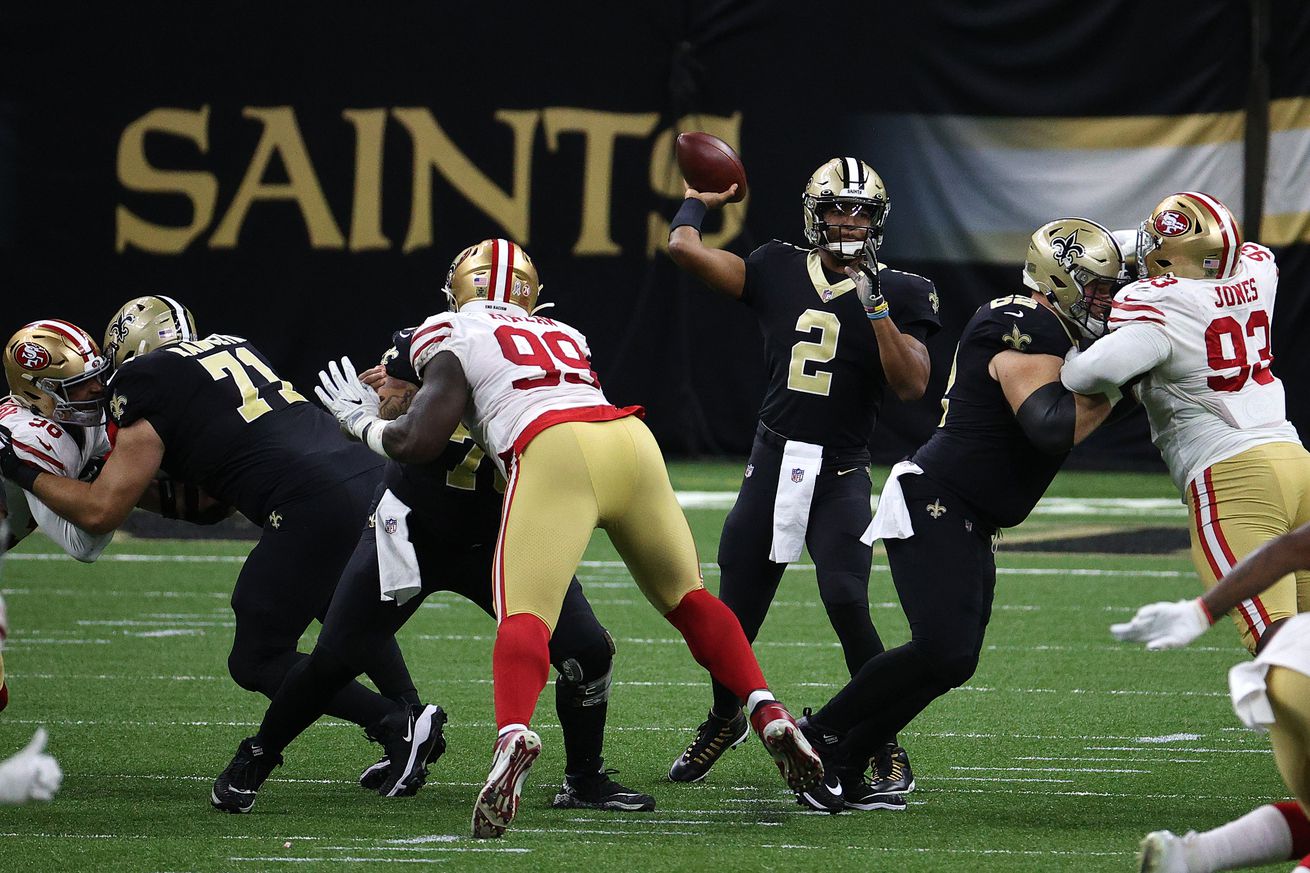 We’re entering Week 11 with an odd circumstance for some fantasy owners. The biggest injury headline was New Orleans Saints QB Drew Brees leaving Sunday’s game early with an injury. Stepping in was the turnover-prone Jameis Winston, who appears to be the likely starter this week.

Owners of Drew Brees in fantasy leagues have to now ask themselves, do they trust Winston to lead their team if they don’t have a viable backup?

Besides Winston, there’s some players who had big days that could help boost your bench.

The Chargers are dealing with injuries to multiple running backs, opening the door for Ballage to produce as the lead back. Until Austin Eckler returns, Ballage could see more 15 touch games.

Rookie Jonathan Taylor has seen a dip in carries over the past few weeks, leaving uncertainty at running back for the Colts. Hines stepped up for a big two touchdown game in a win against the Tennessee Titans. Right now, Hines appears to be the most productive back on the team.

The New England Patriots running backs are very hard to predict, but there is strong evidence that Burkhead is a good bench player in PPR leagues. As a receiver, Burkhead has 23 catches on the year and three touchdowns. His most recent game against Baltimore he scored two of those touchdowns. Burkhead can be a hit or miss player, but remains a receiving option for a team lacking good receivers.

The Patriots receiving group is one of the weakest in the NFL, with no clear number one guy. Meyers had his coming out game in Week 9 against the New York Jets, following it up with a strong day of five receptions for 59 yards.

Philadelphia is another team that is super thin at receiver. Reagor missed five games before their bye, and appears to be back to being healthy. The first round pick has back to back games with over six targets and could work into a bigger role at the end of the year.

Valdes-Scantling continues to be a perplexing receiver for the Packers. Some games he’ll completely disappear and have crucial drops, while in others he’ll explode for huge production. Week 10 was an example of that production, as he finished with four receptions for 149 yards and a score. While he might be inconsistent, he provides a ton of upside if he continues his streak of hot games.

The Colts’ 2020 second-round pick exploded in Week 10 for his first career 100-yard game. Pittman is a rookie with a ton of potential, and seeing a big game like this is promising for the rest of the season.

Waiver wire tight ends are super thin right now, but Thomas remains an underrated player considering how un-rostered he is. Washington has been throwing the ball a ton lately, and Thomas’s six targets are an indication that Alex Smith is willing to look his way often.

If you’re super desperate because of Drew Brees going down with a rib injury, you need to move quick to get Jameis Winston. While Winston has an interception filled past, he is still taking over a high powered offense with a ton of playmakers. Hopefully he doesn’t crash the Ferrari being handed to him.