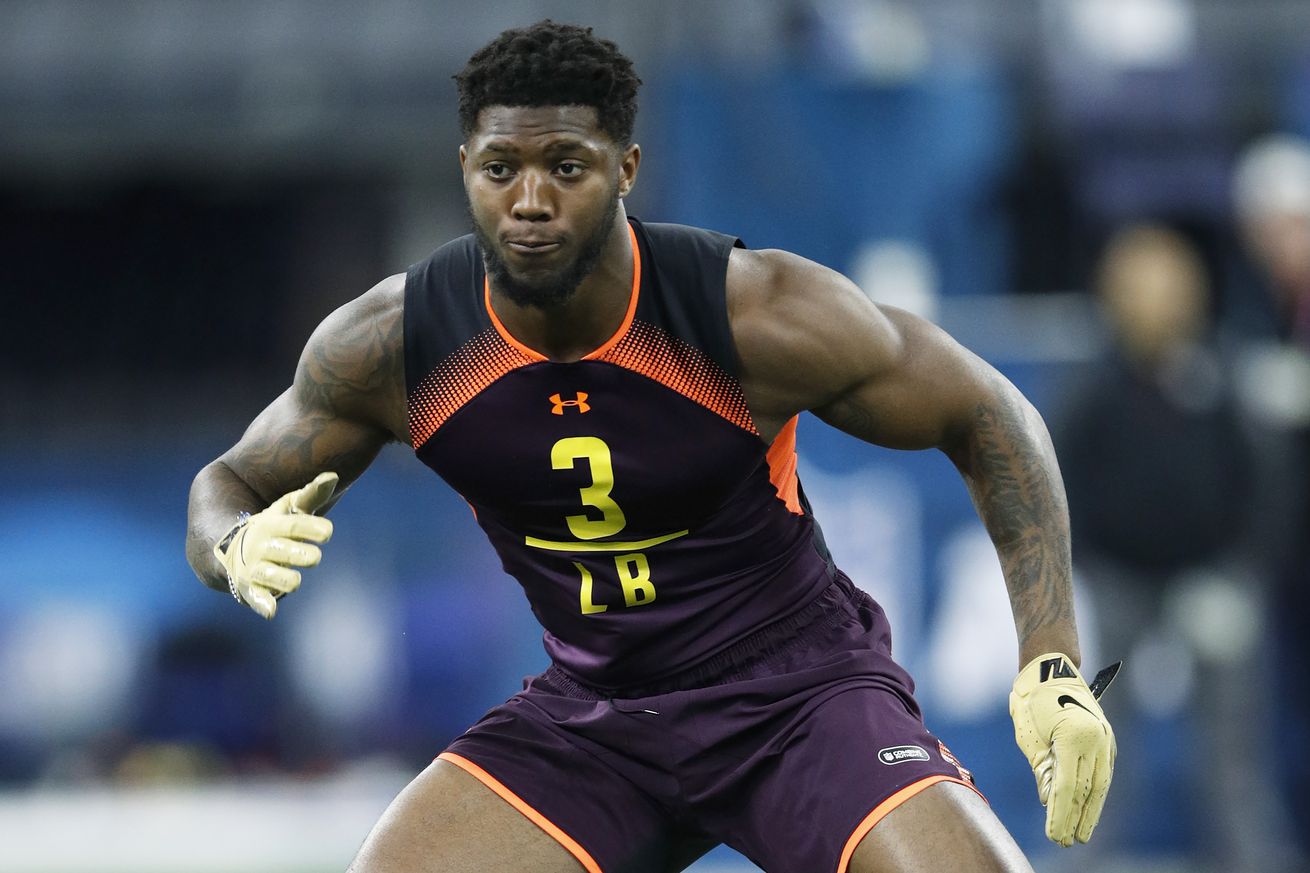 Let’s take a look at how that might happen

Kentucky edge rusher Josh Allen, who is expected to be off the board before the New York Giants pick at No. 6 in the 2019 NFL Draft, is visiting the team on Friday. Could he somehow be available when the Giants are on the clock?

This is basically the same scenario we discussed last week in regards to Alabama defensive tackle Quinnen Williams. It shouldn’t happen but it could, based largely on what happens with the New York Jets at No. 4.

Kyler Murray is almost certainly going No. 1 to the Arizona Cardinals. Nick Bosa is going No. 2 to the San Francisco 49ers, unless they swap picks with the Oakland Raiders and move to No. 4 so that Oakland can have Bosa or Williams.

The Jets are a wild card at No. 3. They are the favorites to select Allen. Unless they select Williams. Or, unless they do what they have broadcast loudly that they would like to do — trade down to recoup some of the picks they gave up last year to move up and select Sam Darnold.

The Raiders? They really should sit right where they are and take whoever is left between Williams and Allen, but who knows what Mike Mayock and Jon Gruden will cook up.

The Tampa Bay Buccaneers are at No. 5 and the belief is they will target LSU linebacker Devin White. Unless Williams is there and they opt to go that way.

All of that uncertainty could lead to a player like Allen, who had 17 sacks and 21.5 tackles for loss last season, sitting there for the Giants. That would have to make Giants defensive coordinator James Bettcher a happy man.

Here is Tony Pauline of Draft Analyst on Allen:

While many project Allen as one of the best edge rushers in this year’s draft, I see him as a phenomenal talent at linebacker in a 3-4 alignment. He’s more than a guy who just rushes up the field, as he gives effort against the run, shows ability in coverage and possesses outstanding instincts. Allen needs to improve his playing strength, but in time he can be a very productive defender at the next level.

NFL.com’s Daniel Jeremiah has Allen as the third-ranked prospect in the draft class:

True hybrid linebacker with elite physical traits who has the ability to float between coverage and pass rush duties. Allen’s diverse skill-set could offer a creative defensive mind a fun toy to deploy around the field, but his NFL value will rest in his ability to menace the pocket as 3-4 rush linebacker. He’s fine-tuned a couple of go-to rush moves but will need to continue to diversify his rush portfolio as a pro. He’s not a glass-chewer and doesn’t always impose his will at the point of attack, but the tools to become dominant as a run defender and pass rusher are all at his disposal.