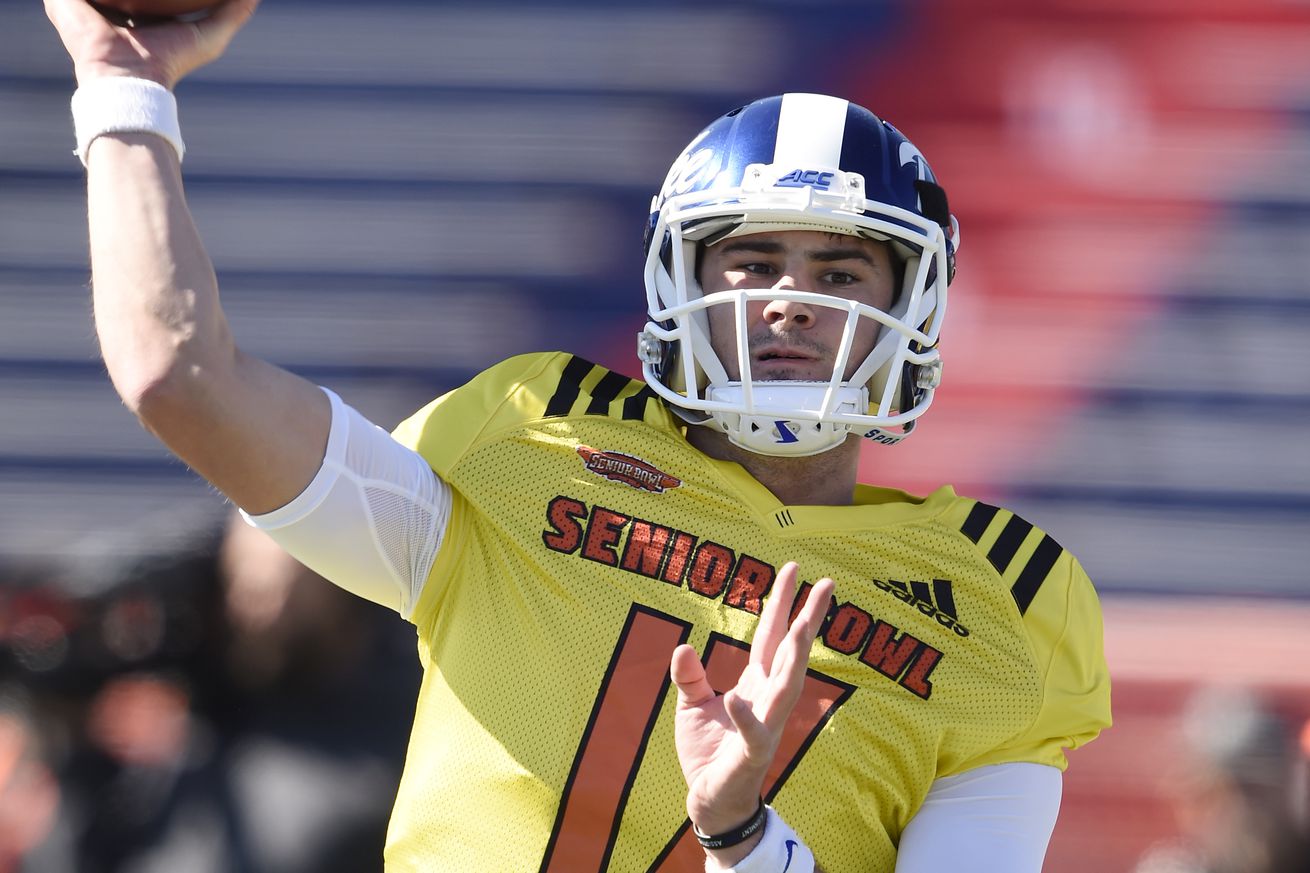 Daniel Jeremiah believes the smoke regarding Jones and the Giants, but would that be a Giant mistake?

The 2019 NFL Draft is just over a week away. Teams are having their final Top 30 prospect meetings and making the final adjustments to their big boards.

Outside the NFL, media members are furiously hitting up all their contacts for every scrap of information or insight they can garner. Of course, that leads to massive amounts of smoke billowing from just about every sports outlet as they try to disguise their intentions and get every competitive advantage they can.

Meanwhile, draft analysts are pouring over what they are seeing and hearing, trying to find enough solid information that they can create mock drafts that come close to reflecting what teams might be thinking. That is where we are as former NFL scout and current NFL Network draft analyst Daniel Jeremiah releases his Mock Draft 3.0 Tuesday afternoon.

Jeremiah selects a pair of familiar names and positions for the New York Giants, but his selection at sixth overall will likely earn a “Bronx Cheer” for Dave Gettleman.

If the Giants want a QB, it makes more sense to secure him at No. 6 than leave it to fate and wait until they’re on the clock again at No. 17.

The Giants end up with their edge rusher and quarterback but in the opposite order from what’s been expected. Sweat could end up going later than some anticipate.

I’m going to start off with the selection of Montez Sweat 17th overall. In short, this would be a fantastic pick. Right now I have Sweat as one of the favorites (if not the favorite) for the Giants at sixth overall. We have heard that they have been high on him throughout the process, and were keenly interested in him at the Senior Bowl — where he was taken out of drills to give the offensive linemen a chance. Since then he has only improved his draft stock, testing out to be faster, quicker, more agile, and more explosive than Jadeveon Clowney, while also being more productive in college. And where there is some concern about a heart condition, it seems to be regarded as a non-issue around the league.

So getting Sweat at 17th overall is likely a steal.

Now we really need to talk about Daniel Jones:

If the Giants go through with drafting Jones it could be a risk at best and a potential disaster at worst.

At his best, in ideal circumstances and put in an environment in which he has thrived, Jones is a very limited quarterback prospect. He passes the eye test at 6-foot 5 inches, 230 pounds and possessing enough mobility to generate the occasional exciting play. But looking beyond his physique and scrambling ability, there is just not much there.

Jones is at his absolute best when executing a 1-read, short-range offense. Duke catered to that with a variety of quick passes inside of 10 yards, leaning heavily on Run-Pass Option (RPO) concepts. Per Benjamin Solak’s Contextualized Quarterbacking charting, a full 64.7 percent of Jones’ targets were to receivers ten or fewer yards downfield and Jones threw to his first read 92 percent of the time.

Jones was reasonably accurate on those throws, completing an average of 79.1 percent of those passes per Derrick Klassen of Football Outsiders. When he knows where he is going with the football, Jones can be quick and accurate.

It should his accuracy trended downward from 89.71 percent at the line of scrimmage, to 76.79 percent between 0 and five yards downfield, to 70.8 percent from six to ten yards downfield.

But even in the yardage where he was at his best, Jones still trailed Kyler Murray, Dwayne Haskins, Will Grier, Ryan Finley, Drew Lock, Brett Rypien, and even Tyree Jackson in accuracy.

Jones is also extremely limited in which areas of the field he is able to place the ball well, which Solak’s work charting placement illustrates.

Jones also struggles when forced to fit the ball into tight windows, completing just 26 percent of those passes.

A big reason for Jones’ dramatic fall-off in accuracy and placement is simply mediocre arm strength. While he looks the part of a big, strong-armed passer, Jones does not have the arm to reach downfield and deliver an accurate ball.

As Mark Schofield often notes, arm strength isn’t of vital importance to modern offensive schemes. However, offenses still need some ability to threaten defenses down the field. Otherwise they are too fast and too smart to be routinely beaten by dink-and-dunk concepts and the occasional quarterback scramble. Offenses need a vertical component to keep defenses from suffocating the short-range aspects of an offense.

If history (strongly) suggests that those marks are his ceiling in the NFL, that is a worrying prospect for drafting him at any point, let alone sixth overall.

Connelly puts Jones in his fourth tier, labeled “Let Someone Else Take The Risk”, saying, “I get the draw of Daniel Jones. I really do. He’s 6’5, he’s mobile, and he looks like a Manning when he steps away from center. Since he was coached by the guy who coached the Mannings in college (David Cutcliffe), that makes sense.”

Which brings us back to the persistent feeling that the Giants are (very) interested in Jones and Jeremiah mocking him to them at sixth overall.

There are just few good football reasons to select Jones at any point where you would feel compelled let him prove that he isn’t a franchise quarterback. Doing so courts disaster based on the hope that everything clicks and he is competent running the basics of a limited short-range offense.

A more realistic reason for targeting Jones is his relationship with Cutcliffe and the Mannings, and the hope that it would prevent any kind of hard feelings in the quarterback room. But while many of the Giants’ personnel moves have erred towards a preference for comfort and familiarity, letting sentiment guide your choice for the future of the most important position on the roster is pure folly. Dave Gettleman’s duty is to the future of the franchise, not Eli Manning’s feelings, and his job is to find the best quarterback he can.