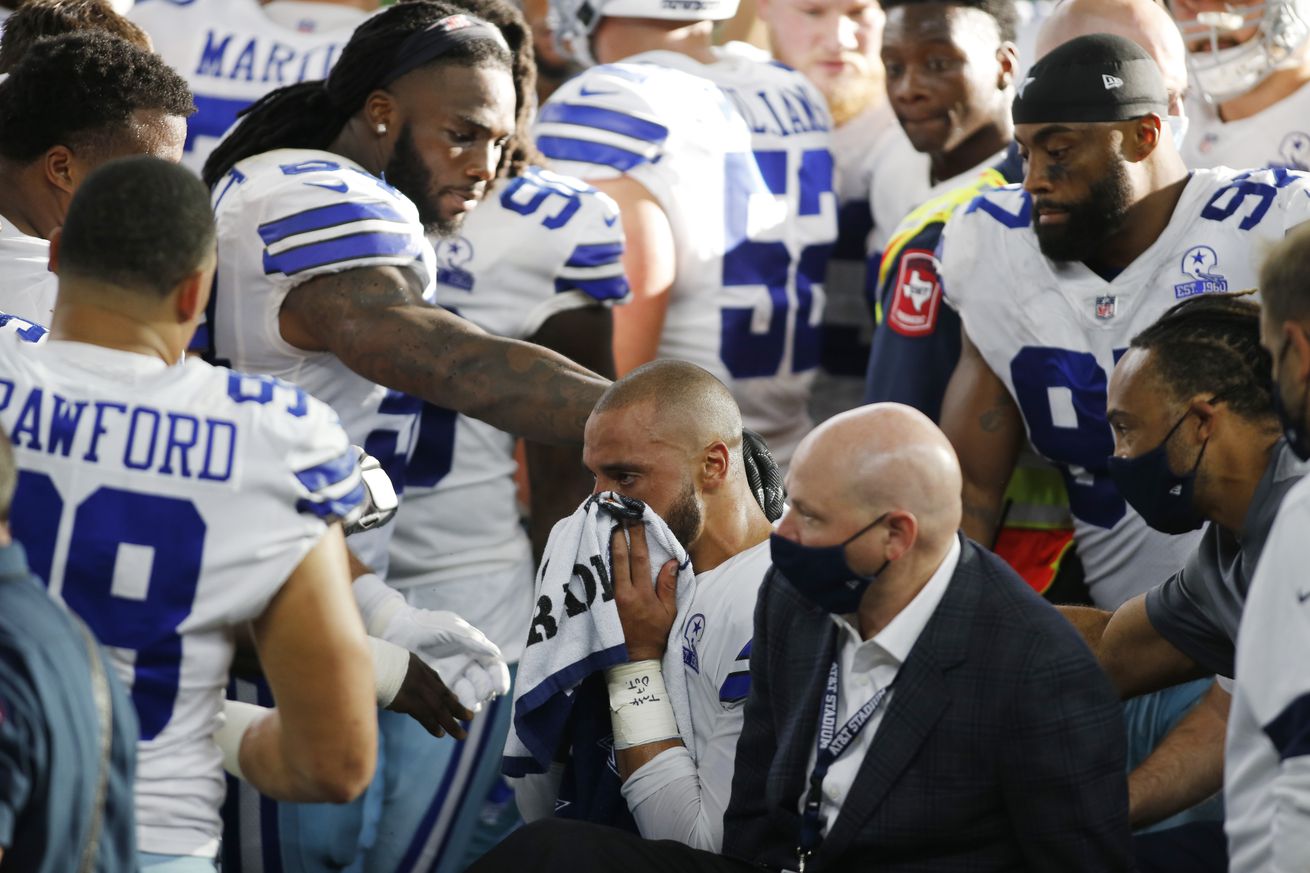 Dak Prescott suffered a compound fracture to the right ankle on Sunday evening late in the Giants – Cowboys game at AT&T Stadium in Arlington.

The injury itself was shown on live TV, as was Prescott’s deformed ankle. Even his own teammates couldn’t bear to look. Tears streamed down the Dallas quarterback’s face as he was carted off the field in an emotional moment. The Cowboys won the game, 37-34.

“The worst thing that happened today was the Dak injury … I feel terrible,” said Giants safety Logan Ryan. The former Patriot and Titan made the tackle that lead to Prescott’s injury. “I’ve got a sick taste in my stomach.”

A compound fracture is a fracture in which a part of bone breaks through the skin at the moment of the injury, near the site of the break. We don’t need to tell you that’s painful. Prescott has already been seen smiling in a hospital selfie with his brother. His surgery was to take place Sunday night.

“All of our thoughts and prayers go out to [Cowboys QB] Dak Prescott. Tremendous amount of respect for him as a player and even more as a person,” Giants coach Joe Judge said. “You don’t want to see anybody get hurt. Obviously, that was a bad looking injury. Our players were concerned about him, our coaching staff were all concerned about him. We hope for the best recovery he can have.”

IF* any player is equipped to overcome adversity, I’m putting my money on @dak. Keep your head up and know: this is a small chapter in your large book.

The opposite has been said, but this moment, Dak Prescott, the epitome, and the embodiment of leadership. You don’t cry over things you don’t care about immensely.

THAT WAS FOR DAK PRESCOTT. GOD BLESS YOU, YOUNG MAN. YOU ARE THE FACE OF THIS FRANCHISE, THE HEARTBEAT OF THIS TEAM. THIS SEASON WILL BE DEDICATED TO YOU.

Praying for u @dak You have overcome all adversity to get this far and u will overcome this as well because you’re a Conqueror! #Truth #CoachPrime