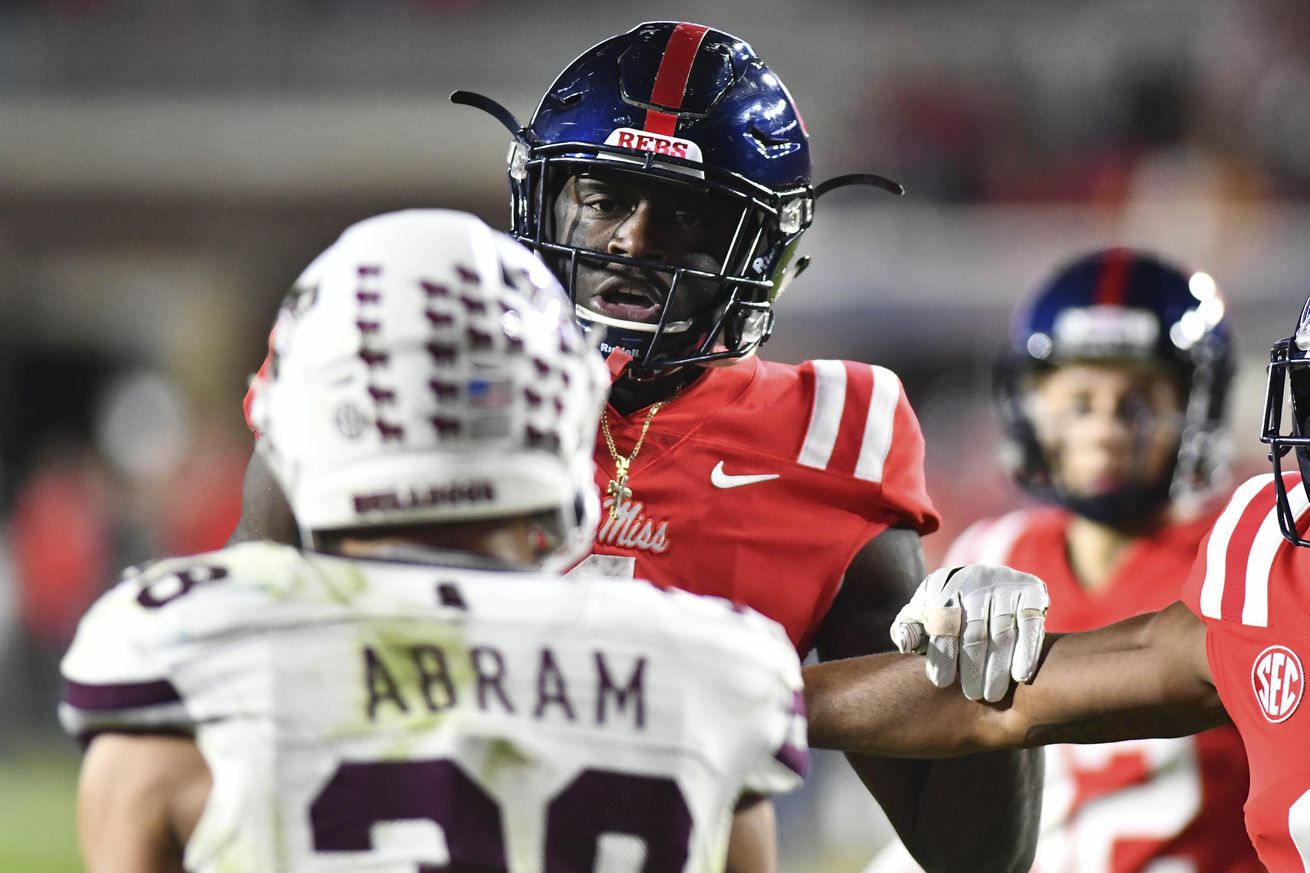 Johnathan Abram looks like Antoine Bethea and has a similar game to Peppers, but can the Giants afford to draft him?

Will the New York Giants invest significant draft capital in the safety position? After a year of Curtis Riley and the departure of Landon Collins, it was widely believed that they almost had to draft a safety highly.

However, the Giants could believe that they have solved their ills and solidified the back end of their defense with the additions of veteran Antoine Bethea and Jabrill Peppers. However, Bethea will be 35 when the season opens and Peppers will only be under the Giants’ control for the 2019 and 2020 seasons.

Mississippi State safety Johnathan Abram has similar measurables to Bethea and plays a similar role to Peppers. Could he be on the Giants’ radar?

“Johnathan Abram fits the mold of a traditional strong safety, he’s a booming hitter with an impressive resume as a run defender in the box. In today’s NFL, Abram will struggle to see the field on an every down basis. There are reps of Abram playing off man coverage, but he lacks the spring and burst to play reliable one on one coverage in passing situations. Abram could transition successfully to a nickel LB and a strong piece of a rotation based on personnel groupings.”

As a box safety with the upside to cover most tight ends and running backs, as well as play as a pseudo-linebacker in nickel sets, Abram does fit in the Giants defense. However, that role is already filled by Jabrill Peppers, with Michael Thomas already behind him on the depth chart.

It can be argued whether or not Abram or Peppers is better in that role on the field, but after the Giants dealt Odell Beckham Jr. to acquire Peppers, they are unlikely to draft another similar player.

Abram would be an interesting pick if Peppers weren’t already on the roster. His versatility near the line of scrimmage and impressive physicality are both reminiscent of Landon Collins and he would have slotted in nicely after the Giants let Collins leave in free agency. The bigger question is whether or not the GIants would have invested the pick required to secure Abram, which would have likely been their second round pick. Dave Gettleman has never drafted the safety position highly, and as primarily a box safety, Abram’s value might be lower than a player who is able to man the center field as a free safety.

However, that is likely a moot point and it would be a surprise if the Giants selected Abram.