For quite some time now, the New York Giants have been connected to Seattle Seahawks quarterback Russell Wilson via trade rumor.

Now, with the current state of the Giants, it’s not outside the realm of possibility that the new general manager, whoever it may be, will come in and make a big splash via trade.

After the Giants hire their next GM and new head coach, the next step will be to determine if they are moving forward with Daniel Jones or exploring other options.

With the lack of promising quarterback prospects in the upcoming draft, Big Blue would likely try to address the position via trade if they choose to address it this year. And FOX Sports’ Colin Cowherd thinks the team should go all in on Russell Wilson.

“If you’re the Giants, what would you give up for Russell Wilson? I, as the general manager, would give you every first-round pick until he’s not a Giant,” Cowherd said. “Because by the way, if I’m keeping him for nine years, he’s winning a lot of games. He’s filling my stadium, he’s selling my merchandise, he puts me on television. Right now, the Giants are so bad everywhere except left tackle, one defensive tackle, a decent cornerback, a solid rookie wide receiver. They’re so bad everywhere, I would do it.”

Whether or not the farfetched trade proposal would include both first-round picks this year is somewhat irrelevant as this would be the richest trade for a quarterback in NFL history — a type of trade is more likely to happen in a fantasy football league than in the NFL.

Given the fact that the general manager, head coach and quarterback are all crucial parts of getting the organization back on track and the odds of hitting on all three at the same time would be unlikely, Wilson would provide the team with as solid of a building block as you could get at the quarterback position.

No matter how you slice the potential trade proposal, it’s crazy to think that the Seahawks’ demands would be so high and even crazier to think the Giants would do it with their current roster and salary cap situation. As tempting as that trade may be, building through the draft might be the best way to turn things around and giving up every first-round pick as long as Wilson is on the team negates that strategy. 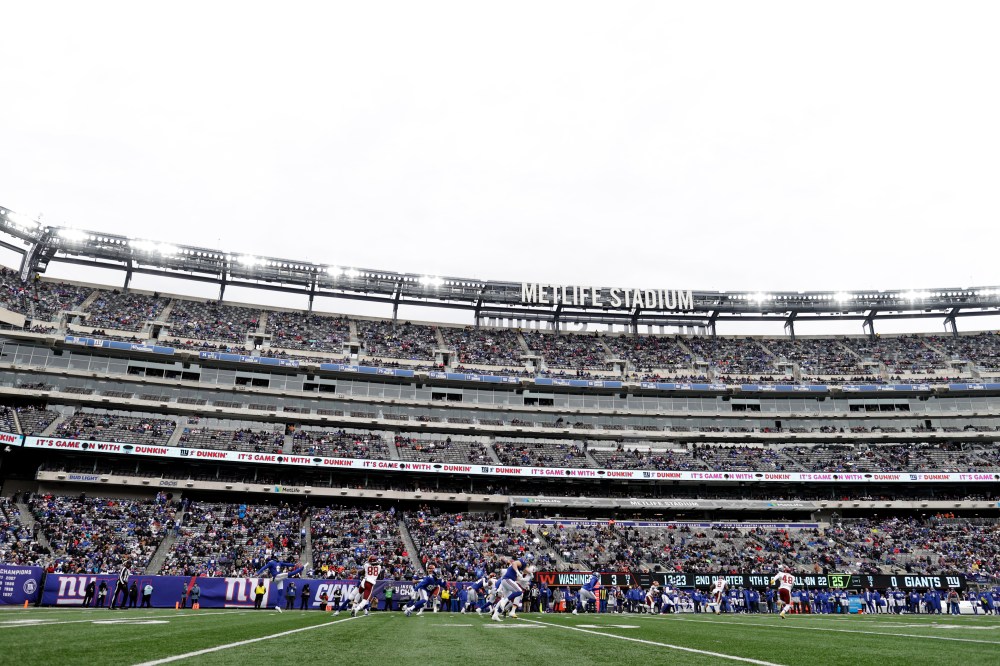