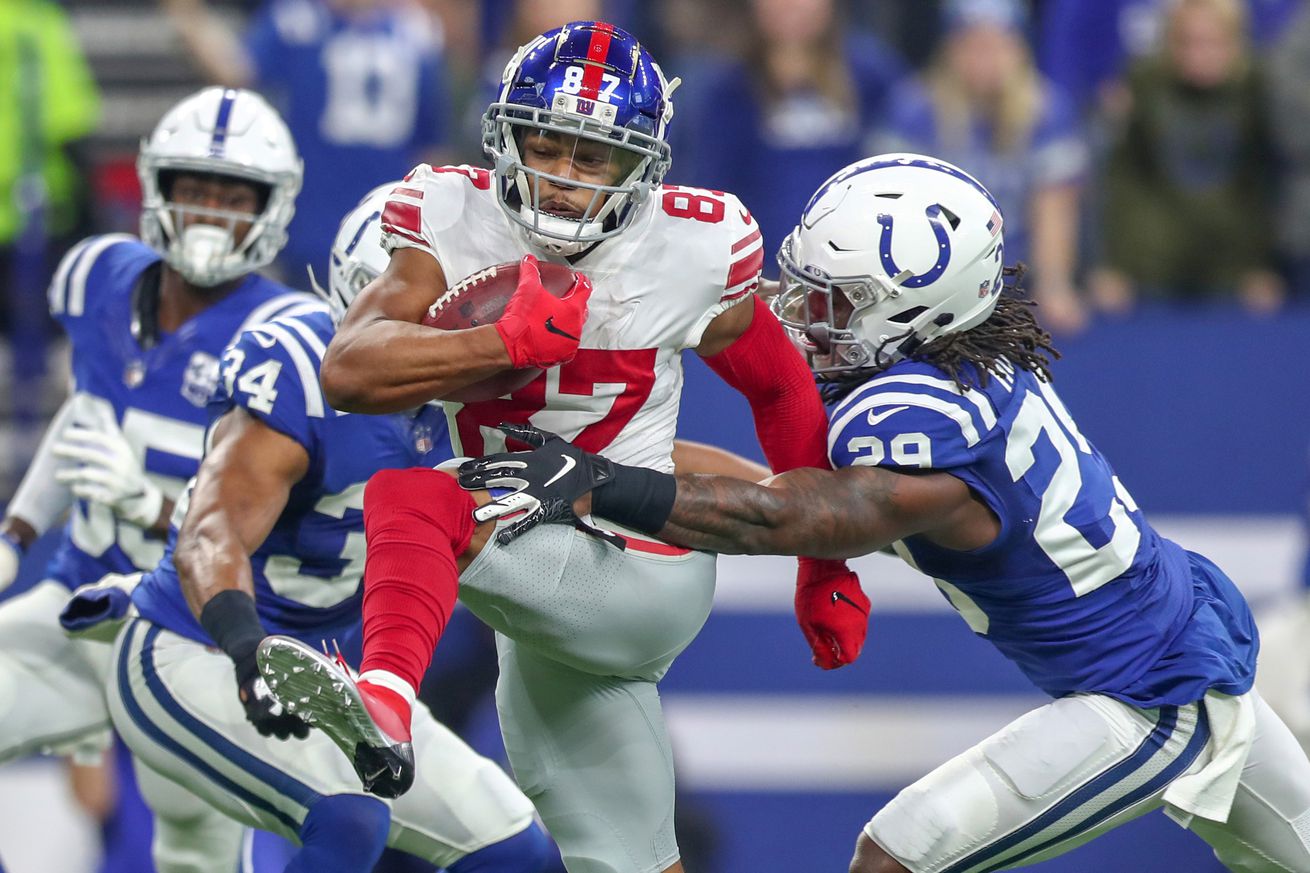 Giants receiver Sterling Shepard’s four-year contract extension comes to an average of $10.25 million per year but only has guaranteed money spread out over 2019-2021, according to a league source.

In 2019, which was to have been the final year of Shepard’s rookie deal, his base salary was lowered from $1.26 million to $760,624, an amount that’s fully guaranteed. With his contract extension including a $10 million signing bonus, that new bonus will begin prorating in 2019 even though the four-year extension doesn’t take effect until 2020.

Shepard’s guaranteed money comes in the form of his signing bonus and all or part of his base salaries guaranteed for 2019-2021, therefore technically allowing the Giants to get out of the deal after the 2021 season if they so choose. The contract also has annual workout bonuses of $25,000 per year.

Here are the rest of the details regarding the distribution of the money and Shepard’s annual cap numbers.

b. The base is fully guaranteed if he’s on the roster of the third day of the league year.

In what is hopefully a trend for the Giants moving forward in terms of contracts, Shepard’s contract doesn’t take massive jumps over its lifetime. Instead, you see a modest increase from year to year.

If the Giants can get their other multiyear contracts to follow suit, they’re going to put themselves in a position where if they need cap money, they won’t be forced to cut bloated contracts.

Further, if they ever have to renegotiate to clear cap space — and starting next year they have a healthy amount of cap space projected to where they won’t have to worry about that — they won’t end up with gross amounts of dead money, which has been a problem the last two years.