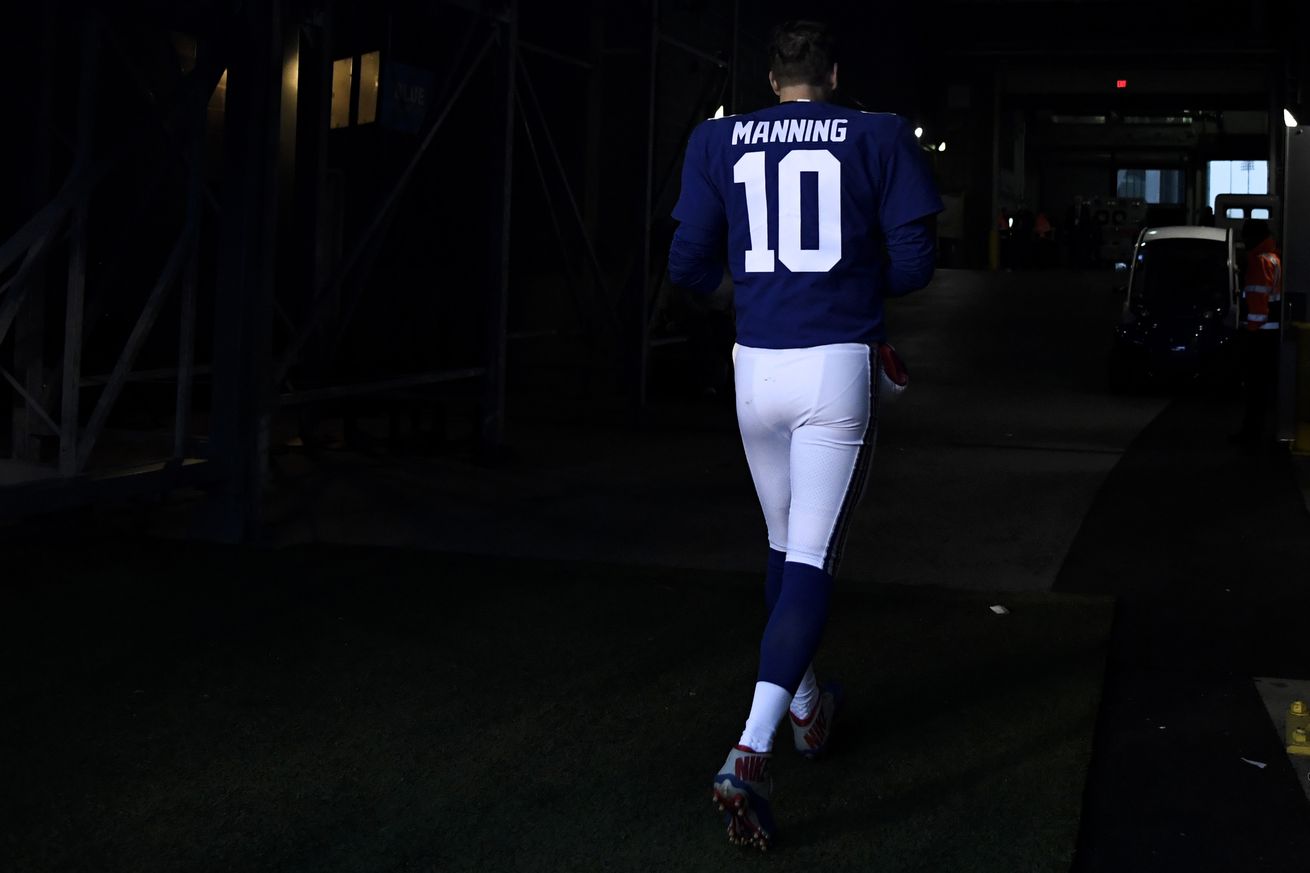 To trade or not to trade assets — that is the question posed by BBV reader David Whitford. Let’s explore the possibilities.

Each week, BBV editor Ed Valentine sorts through his mailbag and picks out a reader-submitted question for me to develop into a longer post. This week’s post is in response to a letter from David Whitford, as follows:

I’m starting to wonder if DG’s goal is to find the QB that he can ‘gift’ to the Giants and ‘sit back and enjoy from Cape Cod,’ then that type of QB may not be in this year’s draft. Do you feel they will deal some of their draft capital this year for picks next year as more ammo (in addition to their compensatory picks they should get) to move up for Tua, Fromm or Herbert? And if Eli is done after this year, will they grab a solid veteran QB at a reasonable price (shouldn’t be a problem with the tons of salary cap space they’d have) to start while the rookie learns the ropes?

David, I think you are definitely on to something. If the Giants do not draft their next franchise quarterback in this draft — and I would be absolutely stunned if that were the case — I think the plan is to fill as many holes as possible on both sides of the ball which would then put them into a situation where come next year, they will have at least two extra comp picks (projected by Over the Cap’s Nick Korte as a third for Landon Collins and a seventh).

With a tentative count of nine picks in the 2020 draft, if the Giants draft well this year and plug a lot of those holes, then next year, they can afford to give up the farm to move up to get their franchise quarterback if there is someone they feel is worth going up to get.

It’s a long-term strategy and it’s a risky one, and certainly it would help the Giants if they end up drafting in the Top 10 again (or at the very least, the top half of the draft in 2020).

But again, if you draft well in 2019 and those picks prove to plug the holes you have, now you’re pretty much set for 2020, which is a point newest BBV writer Matt Williamson made in his debut column.

There is one other facet worth exploring here that I think offers up a clue, and that is the Giants unrestricted free-agent list for 2020.

With the team having extended receiver Sterling Shepard, who probably would have been their top UFA next year, the rest of the list largely consists of players whom the Giants will likely either move on from or re-sign for very reasonable extensions.

If you prescribe to the theory of using free agency to set up your draft, those players you lose in free agency next year are probably depth/role players that you can replace with Day 3 picks in the 2020 draft.

This in turn frees up your premium picks to where if you need to package something together to move up to get your next franchise quarterback, you can do so provided, again, that you have the majority of your holes plugged.

And to your point about if Eli Manning doesn’t return for 2020, would they sign a veteran, I think that’s definitely the scenario. The Giants, remember, signed Kurt Warner back in 2004 after Kerry Collins was said to have declined wanting to hang around knowing that he wasn’t assured of being the full-year starter.

I would think with there being 36 quarterbacks set to be UFAs next year (and yes, I’m sure that number will decrease, though probably not by a lot), there might be a quarterback or two interested in extending his career to where he would be willing to come in and start for the Giants, be it for a full season or part of the season, while a rookie gets up to speed.

I would think in an ideal scenario, the Giants would prefer to have Manning as that guy, which of course would mean extending his contract one year, something I know won’t sit well with a lot of Giants fans.

NOTE: There will be a full mailbag on Saturday.