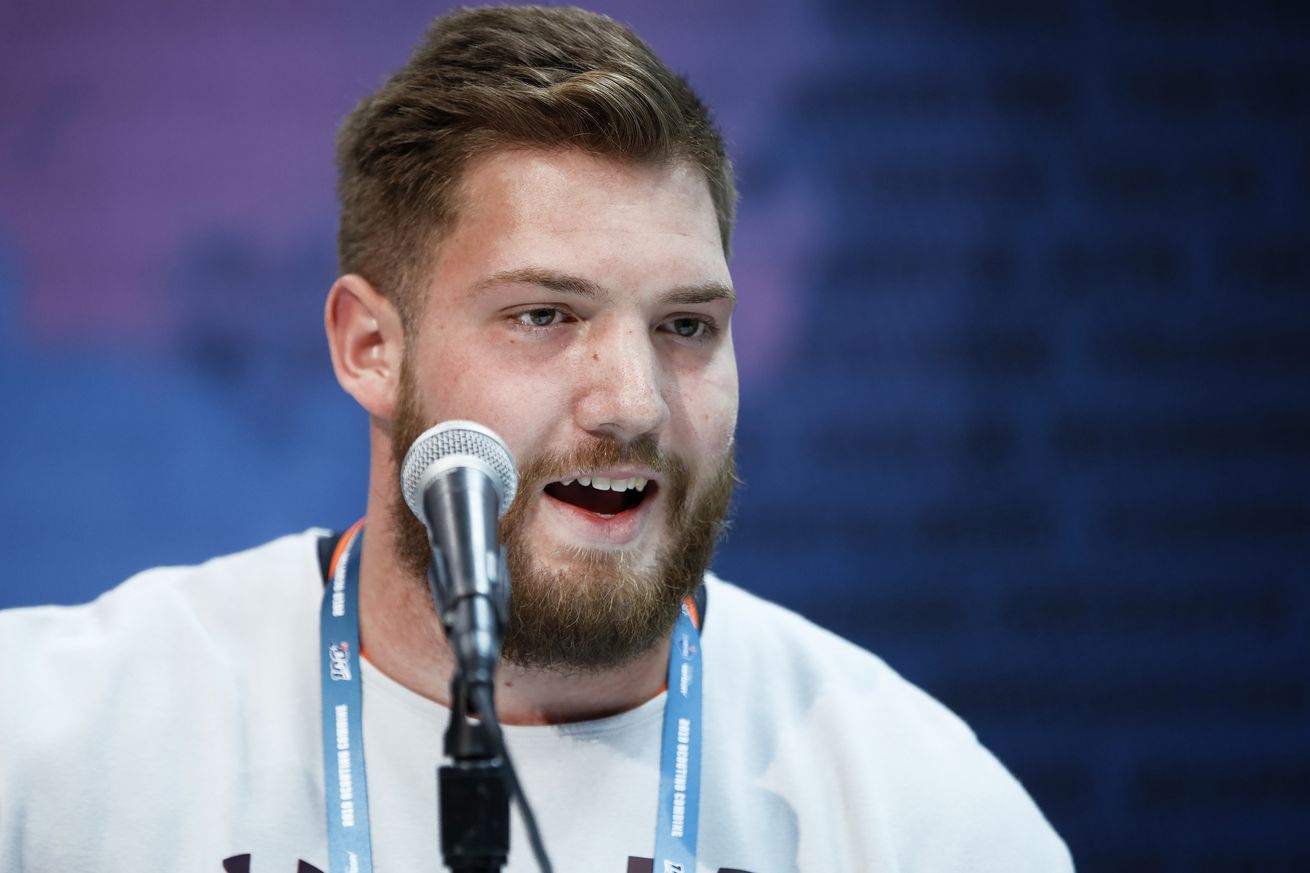 With the draft almost here, we are going to spend some time over the final days before the speculation ends and the real selecting begins trying to match value and need for the Giants.

We are going to go through many of the apparent areas of need for the Giants and try to match those needs with players who might be value selections at each spot where the Giants draft.

Let’s begin with the offensive line.

The Giants would appear to have needs in that position group at right tackle and, secondarily, center. Let’s look at the players who could be in consideration at each spot along the way. This will not be a deep dive into each of these players. It will be a high-level discussion of the players who might be available, with some scouting data, links to profiles and more information about certain players where appropriate. It is also obvious that value differs to everyone, so as we go through the various positions our lists are not likely to be perfect or to align with precisely how players get drafted. They are here for discussion.

There are three offensive linemen who could be in play here for the hog molly-loving Gettleman — tackles Jonah Williams of Alabama, Jawaan Taylor of Florida and Andre Dillard of Washington State.

Williams is the top-ranked offensive lineman on Gil Brandt’s Hot 150 prospects list, No. 9 overall. Brandt lists Williams, the Crimson Tide left tackle, as having the versatility to end up anywhere on the line and says “He will play a long time at a high level.”

Dane Brugler of The Athletic lists Williams as the No. 4 overall prospect in his annual draft guide and says he has the “technical savvy and attitude to be an above-average run blocker and pass protector in the NFL.”

Dillard is the second-ranked tackle by both Brandt (11th overall) and Brugler (9th overall). Brandt says “This very smooth player will start in Year 1 and play a long time.” Brugler writes that he has the “the light feet and core power to play multiple positions in the NFL, including left tackle.”

Taylor is Brandt’s 13-ranked player. He writes that the Florida right tackle “will be a good NFL player.” Brugler has Taylor as his third-ranked guard and says “he is one of the best run blockers in this class and one of the most promising in pass protection, projecting as an NFL starter at tackle or guard.”

Best bet: If the Giants take an offensive lineman at No. 6, Williams seems like the most likely choice.

This list, obviously, starts with any of the three previously mentioned players should they still be on the board when the Giants are scheduled to select for the second time. Now, let’s add a couple of names.

Cody Ford, OT/G, Oklahoma — There is some debate in the draft community over whether Ford’s ultimate position is right tackle or guard. Brandt ranks him 23rd overall and says “Ford should start and play a long time. He is a great athlete who loves the game.” Brugler also has him as the fourth-ranked tackle in the class and gives him a Round 1 grade.

Garrett Bradbury, C, N.C. State — Brandt’s 28th-ranked player and the top center on Brugler’s board, with a first-round grade. Brugler writes that Bradbury “is exceptionally quick, instinctive and tough, ideally suited for a zone-blocking scheme in the NFL where he has Pro Bowl potential.”

Here are some of the names you should be familiar with.

Erik McCoy, C, Texas A&M — Could sneak into the tail end of the first round. Brugler calls him “a scheme versatile NFL starter with upside.”

Dalton Risner, RT, Kansas State — Risner is a right tackle prospect who gets some late-first round buzz. Brandt says “He’s steady, tough and most likely projects as a second-year starter.” Brugler lists his as a guard. Our own Chris Pflum says Risner “could be just the man for the job” of right tackle for the Giants.

Tytus Howard, OT, Alabama State — This small-school tackle is garnering Round 2 consideration. Brandt has him No. 50 on his list of prospects and says “There is lots of upside with this player. He’ll be a good pass blocker at this level.” Brugler has a third-round grade on him and says “a talented lump of clay with sloppy tendencies, but all the raw tools are there for him to develop into an NFL starter. “

Greg Little, OT, Ole Miss — Little is the 66th-ranked player on Brandt’s list. Brugler has him as the No. 5 offensive tackle in the class. He has technique issues that may draw Ereck Flowers comparisons, but Brugler says “displays the length, awareness and movements to develop into an NFL starter.”

I’m not going into deep explanations about guys on Day 3. Here, though, are names to be familiar with.

Obviously, these values won’t be perfect in terms of where guys land in the draft. And, of course, it’s possible the Giants will draft a player or players not on the list. This is just an effort to give you some indication who could be under consideration, and when.