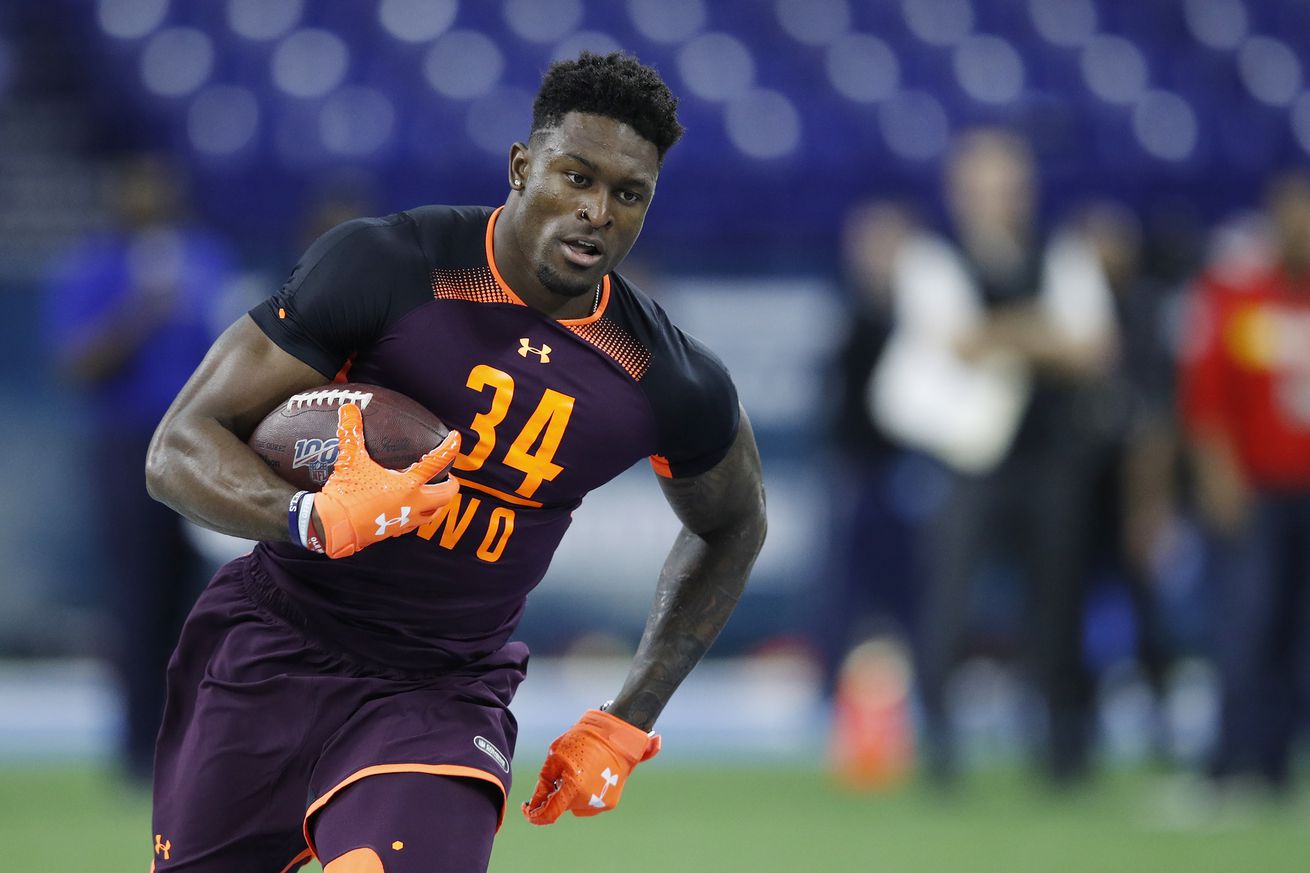 Odell Beckham Jr. is a member of the Cleveland Browns. The New York Giants receiving corps is led by two players who admittedly have similar body types and skill sets. What the Giants do not have is an accomplished big-bodied outside wide receiver to complement Sterling Shepard and Golden Tate.

Let’s look at the value in the 2019 NFL Draft class and see if we can find players at the draft’s different stages that might line up with the need the Giants appear to have. As we do this, and other position previews, it is instructive to remember what Matt Williamson told us — NFL teams will winnow their draft board to between 100 and 150 players. Thus, not every prospect who you may know or like will be in consideration. As I do any of these, I am trying to consider player who, I believe, fit with the Giants.

The Giants have picks at Nos. 6 and 17 in the first round.

The Giants almost certainly will not select a wide receiver this early in the draft. The only player whose name is ever mentioned as possibly being considered by any team that early is the Adonis from Ole Miss, D.K. Metcalf.

Could the Giants, though, throw a draft-day curveball and select Iowa tight end T.J. Hockenson? Yes, I’m aware that Dan is getting mocked for mocking Hockenson to the Giants at No. 6. That would enable the Giants to move Evan Engram outside, and it is something we have discussed a few times. Draft analyst Matt Waldman recently endorsed the idea:

Gil Brandt has Hockenson as his sixth-ranked prospect and says he “will play a long time at a high level and should be a first-year starter.”

Dane Brugler also has Hockenson as his sixth-ranked prospect in his annual draft guide, writing that “Hockenson has a complete skill set for the position with outstanding athleticism, pass-catching traits and blocking skills, projecting as an immediate NFL starter with Pro Bowl potential.”

Hakeem Butler, the 6-5 3/4, 227-pound receiver from Iowa State, is a player Waldman says would be an “amazing pick” for the Giants at No. 17. Brandt and Brugler aren’t as convinced, with Brandt having him No. 60 on his prospect list and Brugler giving him a second-third round grade.

Something that Waldman also admitted during his recent appearance on my podcast was that wide receiver values will vary greatly from team to team and evaluator to evaluator. I’m going to lean toward the bigger-bodied players, and do my best to place them where I think they might be considered value picks by the Giants. I’m sure many of you won’t consider this a complete list.

N’Keal Harry — The 6-foot-2 3/8, 228-pound Arizona State product gets late-Round 1 buzz in some circles. That by itself makes him value at No. 37. He is Gil Brandt’s 33rd-ranked prospect. In his 2019 Draft Guide, Dane Brugler gives Harry a Round 2 grade and says he “wins downfield with his tracking skills and physicality to win body position, projecting as a solid No. 2 option or “big” slot in the NFL.”

Kelvin Harmon — Offers the size at 6-foot- 1/2, 221 pounds, but not elite measurables. Brugler has a second-round grade on him, writing that “Harmon’s lack of an explosive top gear is bothersome, but he competes with outstanding play strength and the “my ball” mentality to track, adjust and finish.”

Irv Smith — This is one that Waldman mentioned. Smith is Brandt’s 35-ranked player, though his saying the Alabama tight end is “not a good blocker” might be a turn off for the Giants. Brugler gives him a Round 2 grade and says “Smith is understandably young in areas, but he displays the athletic dexterity and natural ball skills to threaten every level of the defense, projecting as an NFL starter.”

Miles Boykin — Opinions on Boykin’s value are all over the map. I will put the 6-foot-3 3/4, 220-pound Notre Dame receiver here. Brandt lists him at No. 100, and Brugler No. 82 with a third-round value. Brugler calls Boykin “a premier athlete for his size with his best football in front of him (similar to Donte Moncrief as prospects), displaying the balance and body fluidity to develop into an NFL starter.”

JJ Arcega-Whiteside, a 6-foot-2, 225-pounder from Stanford is a name to know. This might be low for him. Perhaps he should be listed in the Round 3 discussion. Brugler says “he physically dominates at the catch point and projects as a specialized receiver who can be more with added refinement in his patterns.”

A couple of other under-the-radar names who aren’t necessarily bigger receivers but are guys who some have indicated the Giants are intrigued by are Johnnie Dixon of Ohio State and Reggie White Jr. of Monmouth.

Foster Moreau of LSU is a player who has drawn some attention during the draft process. Brugler says he is “a functional positional blocker with the athleticism and ball skills to be a steady downfield option, projecting as a low-ceiling, high-floor backup “Y” tight end.”