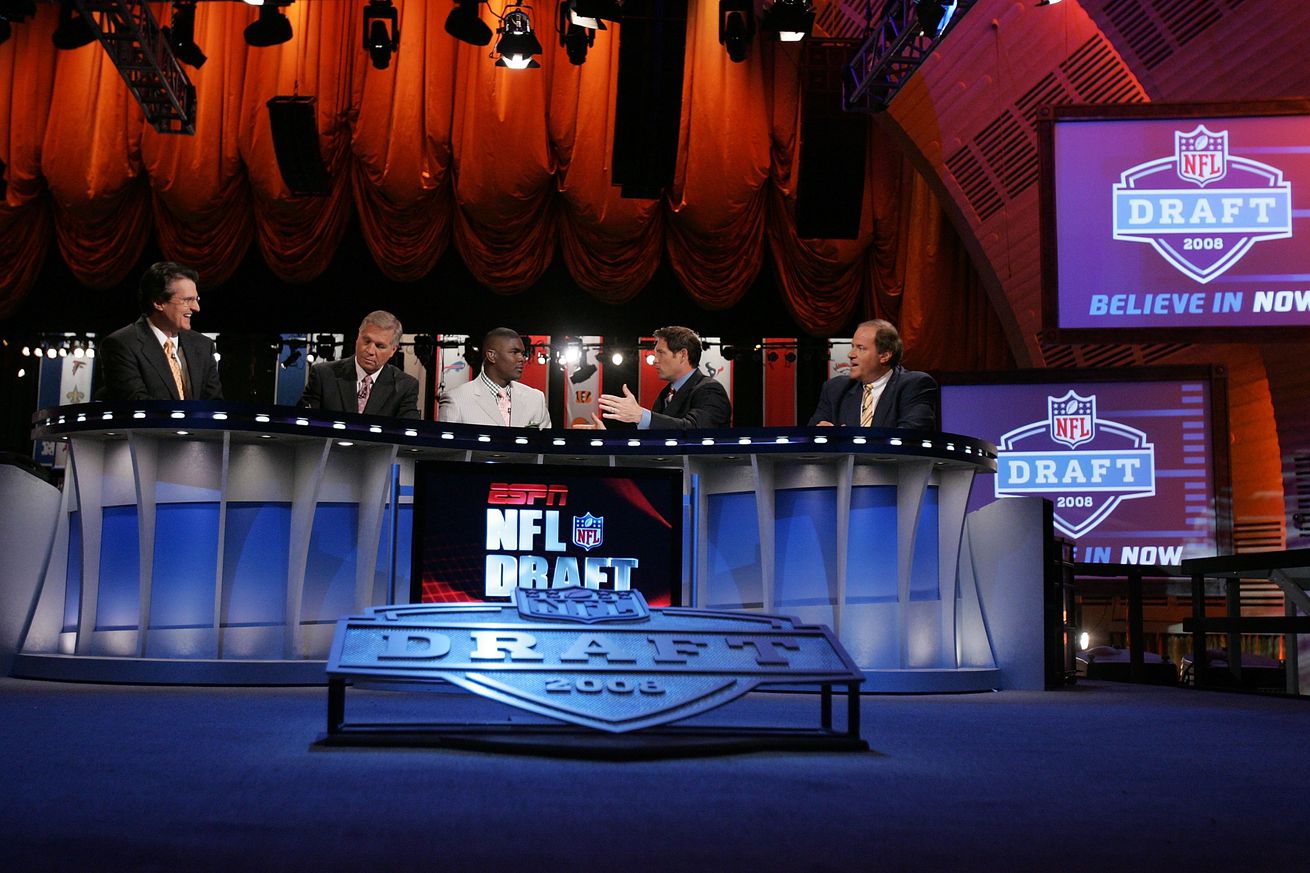 The wait for the 2019 NFL Draft is almost up, with just seven more sleeps until draft day, and then a few hours (depending on when you wake up) until the New York Giants are on the clock for the first time.

Unfortunately we still have a week’s worth of time to fill between now and then. Actual news regarding the draft is, and will be, slowing down as team visits wrap up and front office bigwigs cloister themselves to define their team’s strategy. Mock drafts are being produced at a furious rate to fill time, try to analyze team needs and which prospects might fill those nees.

They also try and predict the draft with some degree of accuracy (they’ll fail because the draft gets squirrelly fast, but getting even a couple picks correct scores bragging points).

The big problem is that after nearly five months, mock drafts are boring, old, and stale. Draft analysts need to find ways to spice them up and come up with something fresh for their readers, and their own sanity. ESPN’s Mel Kiper and Todd McShay have both released a few generations of mock drafts already this year. This time they are doing a “rotating” three-round mock where they trade off picks.

Let’s see which analyst selected what prospects for the Giants.

If I’m the GM, I’m taking a quarterback here. Haskins could be a star in New York, and he grew up a Giants fan. Take him, Dave Gettleman!

Mel alleviated our quarterback concerns with Dwayne Haskins at No. 6 but then stole Brian Burns for the Panthers. And I don’t think Rashan Gary fits this defensive system. So we turn our attention to this flimsy offensive line with Williams’ versatility and quickness.

The Giants need edge guys, and because it didn’t line up the way we wanted in the first round, Collier seems like a good fit here at No. 37. There just isn’t much of a pass rush in New York right now.

Besides Janoris Jenkins, I’m not sure whom the Giants are planning to play at corner this season. The versatile Ballentine could see some action as a rookie.

I am still of the belief that if the Giants believe that Dwayne Haskins can be a franchise quarterback, or even a good starter, he should be the pick if available. The Giants don’t have an answer for quarterback after the 2019 season, and perhaps even FOR the 2019 season if Eli Manning regresses without Odell Beckham Jr. The team has the opportunity and can’t leave the future of their franchise up to chance.

Haskins fits Pat Shurmur’s offense well with good accuracy and placement, a strong arm, a quick release, and even quicker mental processing. He isn’t the most mobile quarterback, but he can move well enough to execute play-action passes, rollouts, and bootleg plays.

Jonah Williams isn’t the defensive player the Giants need, but he should help finish off the offensive line. He is an excellent technician and has experience at both left and right tackle — an added bonus if the team looks to move on from Nate Solder after this season.

I am not a fan of L.J. Collier at this point in the draft. He was productive last year, but he is a limited athlete and as athleticism is of vital importance for success as an NFL pass rusher. There will likely be better prospects available at the top of the second round at either EDGE or interior defensive line (5-technique or 3-technique).

Finally, I have to admit that I haven’t watched Corey Ballentine and don’t know much about the FCS corner. Kyle Crabbs of The Draft Network profiled him and concluded that he is a fifth-round value and likely special teams contributor who could grow into more, saying:

Corey Ballentine is a small school prospect with the physical tools needed to eventually make the jump to a pro contributor. His jump in contributions could hinder his transition time, however, and create utmost importance in his ability to play special teams to ensure he’s able to see the field in the dawn of his pro career. Fortunately, Ballentine is a willing tackler, so there’s a clear path for him to make waves on kick coverages as he learns CB.

Usually teams get into the fifth or sixth rounds before I have no clue who some of the prospects are, so this is definitely a bit early.

So Giants fans, how would you feel about this draft?