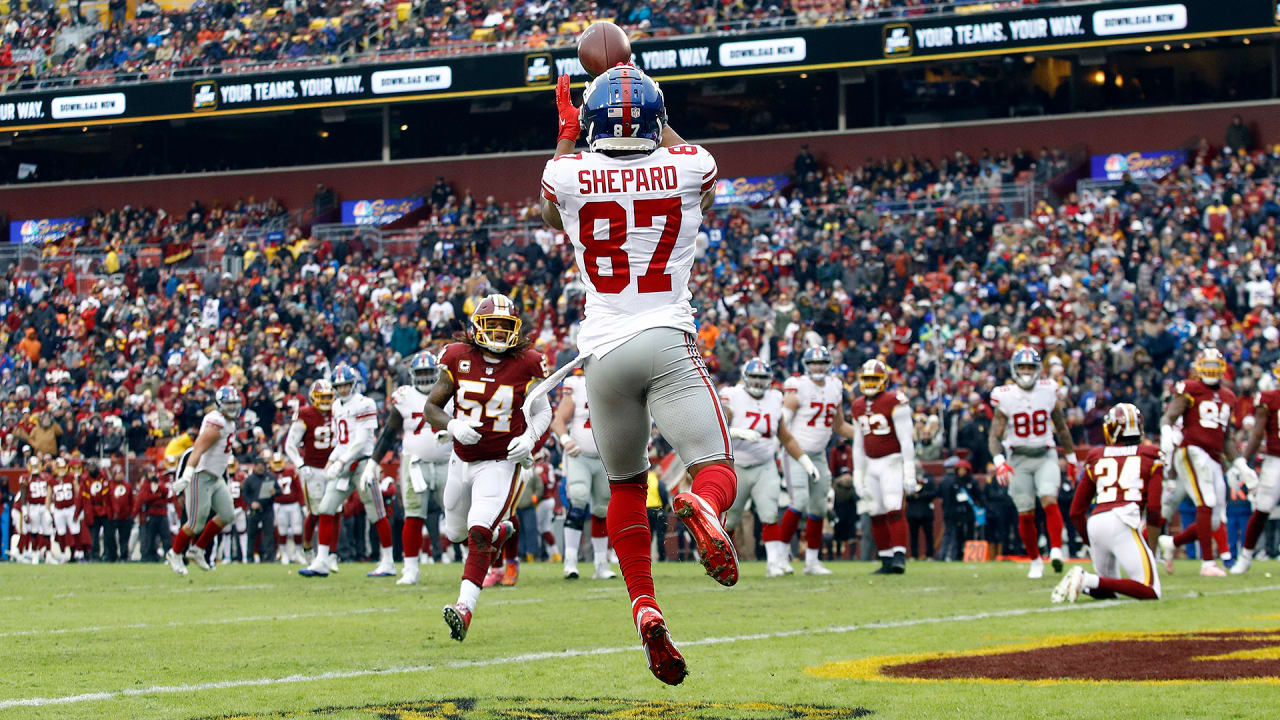 5. As a rookie in 2016, Shepard started all 16 regular-season games and the NFC Wild Card Game. He had one of the finest seasons by a rookie pass catcher in Giants history, ranking third all-time in both receptions (65) and touchdown catches (eight). His 683 receiving yards were sixth-most in franchise history among rookies. Shepard was named to the Pro Football Writers of America All-Rookie Team.

6. Shepard will have a new teammate in the wide receiver room. Golden Tate, who split last season between Detroit and Philadelphia after starting his career in Seattle, signed with the Giants this offseason as a free agent. While he and Shepard are of the same build and have extensive experience in the slot, Giants general manager Dave Gettleman and coach Pat Shurmur don’t see it as an issue because of how much the receivers move around in the offense. According to Pro Football Focus, Shepard played 517 snaps in the slot last season, 393 outside and 24 inline. “And he’s a hell of a blocker,” Gettleman has noted. Tate, who played seven games in Detroit and eight with Philadelphia, spent 482 in the slot, 180 wide, six inline, and two in the backfield.