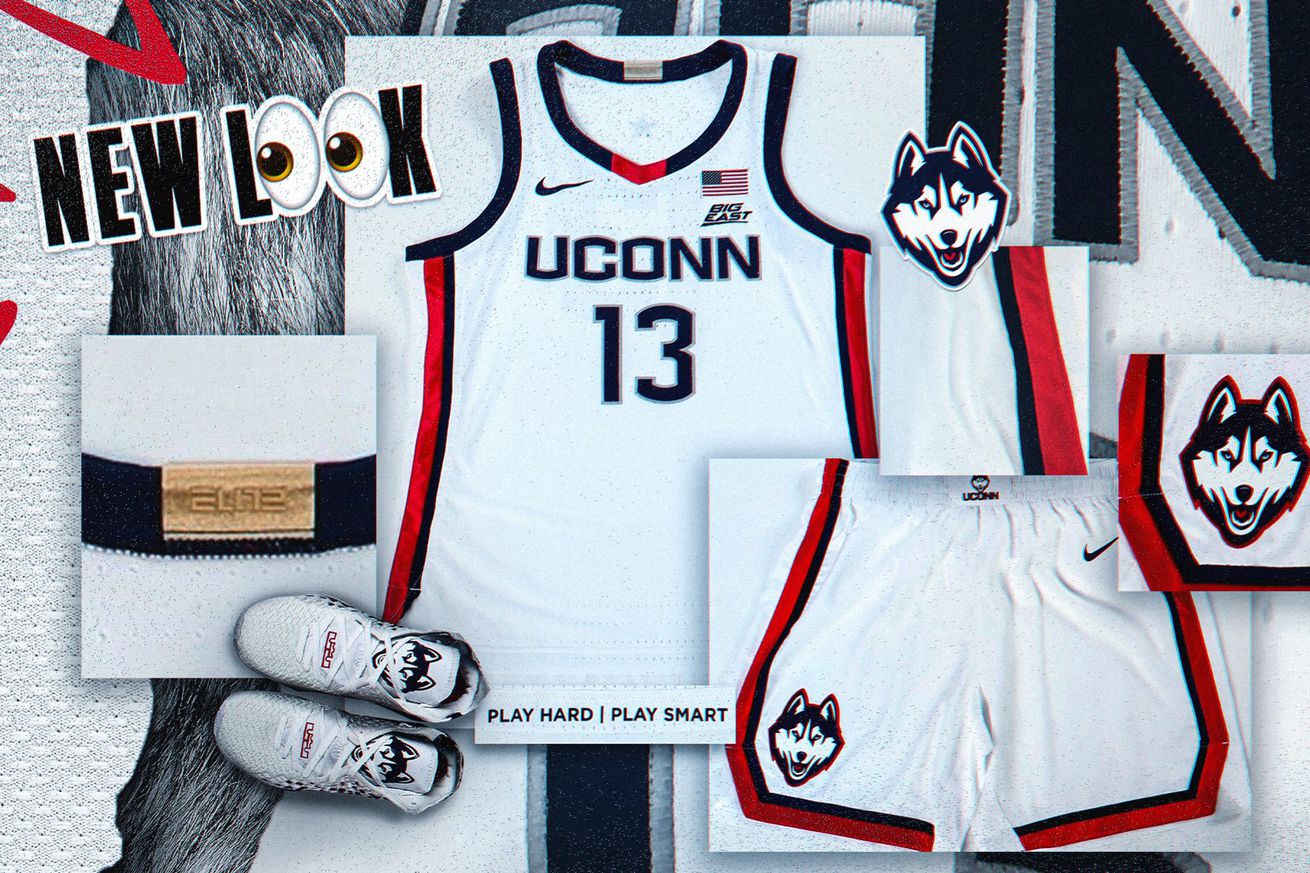 The Huskies are getting a fresh look for their return to the Big East.

For the first time in five years, UConn women’s basketball will have a new look on the court. On Sunday, the team revealed new white home, XL Center gray and navy away uniforms to coincide with the school’s return to the Big East.

B L U E pic.twitter.com/AN7y2R6FZl

The Huskies had worn their previous set since the 2016-17 season, though the gray threads were updated ahead of the 2018-19 campaign.

The uniforms are all cut from the same design and feature a prominent red accent along the sides and on the shorts. The Husky logo on the front of the right leg is also new — the old uniforms featured the logo on the sides.

Another view of the new uniforms from the team’s Instagram:https://t.co/duNd7KWoSu pic.twitter.com/OcIo2ysYRs

Both the standard white home and navy away sets have “UConn” across the chest while the XL Center grays keep “Huskies” there from the previous duds. All three jerseys have a thin gray outline around the lettering and numbers as well. The white and gray jerseys also include trim around the arms and collar, while the navys do not.

Most importantly, the team has finally done away with the glossy lettering on the uniforms in favor of a traditional matte fabric.

Here’s a better look at the new white uniforms from the players’ Instagrams. pic.twitter.com/GUpTSyWZkD

We ranked UConn’s best uniforms of all-time back in July and from the first look, these rank towards the top. The red accent — though it appears a touch overwhelming in the initial reveal from the team account — is extremely sharp on the players.

The home whites are the clear best in the group — though that isn’t a knock on the other two. It’s a very clean look, but one that doesn’t lack flair either. The gray outline around the lettering and numbers is subtle but effective. The trim around the arms and collar is eye-catching while the red on the shorts makes the whole look pop.

The navys — which can be tough to pull off well — are simple but have enough design with the red striping down the sides and on the shorts. Meanwhile, the grays (which we aren’t huge fans of in general) look good for what they are. The “Huskies” text across the chest on those is also a nice change of pace from the other two jerseys as well.

Most importantly, all three uniforms maintain the UConn brand. Any casual fan can take one look during a game and know that the Huskies are playing — even if they can’t see it on the uniforms.