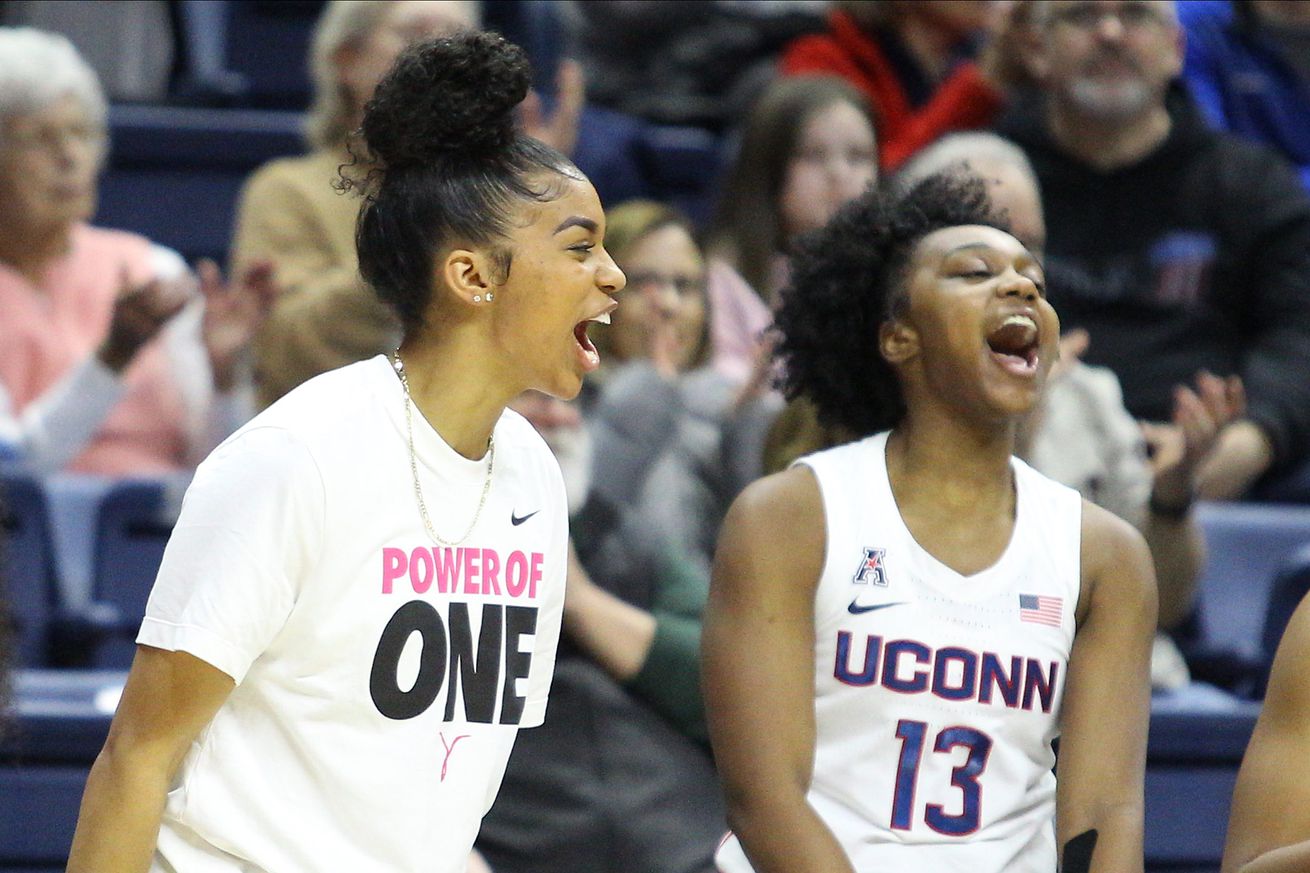 The Huskies’ backcourt is full of elite talent, headlined by Christyn Williams.

UConn women’s basketball enters the 2020-21 season with a backcourt that boasts a wealth of talent. While the loss of Crystal Dangerfield at the helm leaves some things for the Huskies to figure out, the addition of three point guards to the remaining core of guards could make for one of, if not the best backcourt in the country.

It’s easy to get lost in all the hype around Paige Bueckers, but this is still Christyn Williams’ backcourt. As a sophomore she averaged 14.6 points, 4.9 rebounds and 2.2 assists per game — by all accounts a solid stat line. However, Williams was in a bit offensive slump for much of the season, and while she found other ways to have a big impact on the floor, wasn’t totally satisfied with her season.

Since returning to campus for her junior year, Williams discussed how her confidence suffered last year and how the extended offseason allowed her a chance to reset. She “feels more explosive than ever” heading into the season and is excited to get back on the court. If Williams can replicate the impact she had on the glass and defense last season and add a more explosive offensive effort (like what we saw from her freshman year), she’ll be on track to be one of the best players in the country.

Evina Westbrook is a wild card having not seen any game action since March 2019 after sitting out last season. She’s also recovering from knee surgery, which prevented her from practicing with the Huskies for most of last season. However, if Westbrook’s sophomore season for the Volunteers is any indication of what she can bring to the Huskies’ offense, she should be an excellent addition.

At 6-feet, Westbrook is a tall point guard which adds an extra element to her game. Her combination of height and speed allowed her to routinely navigate through defenders and get to the rim at Tennessee. She’s also a strong threat from outside, shooting 38 percent from deep in the 2018-19 season. That figure improves to above 40 percent when isolating her three point attempts to those in the half court. Westbrook’s also no stranger to running an offense and tallied 5.3 assists per game in her sophomore season.

Anna Makurat excelled as catch-and-shoot three point shooter in UConn’s offense last year and by the end of the season she buried many AAC opponents from beyond the arc. Those strong games from deep seemed to tap into Makurat’s confidence, and her offensive game began to evolve with more takes to the basket before the season was cut short.

Makurat’s court vision was also phenomenal for a freshman guard with 3.3 assists per game last year, which will help UConn navigate life after Dangerfield. Joined by Williams and Westbrook who are both excellent passers along with two freshmen whose passing abilities have also been praised early on, UConn’s offense should look significantly less stagnant than last season.

There’s no shortage of hype around Paige Bueckers as she enters her freshman season. Bueckers has numerous high school accolades under her belt, including the 2020 Gatorade National Player of the Year and preseason Big East Freshman of the Year and will likely add many more in her time at UConn.

There’s always some questions on how well, and how quickly, a player will transition to the college game — especially at UConn — but with Bueckers earning praise from Geno Auriemma on her performances in practice it seems safe to say that she’ll be a big part of the offense this season.

With the depth in the backcourt already mentioned above, Nika Muhl may have some trouble carving out minutes in her freshman season. However, as an international player, Muhl boasts experience playing with the Adriatic League (WABA) in Croatia which is better preparation for the college level that American high school basketball. She led the league with 6.2 assists per game in 2019, a skill that’s already translating at UConn.

Autumn Chassion joined the team this summer as a walk-on. Even for the Huskies, most walk-ons don’t boast a resume as impressive as Chassion, who won three state titles in high school and had Division I scholarship offers. Don’t expect to see many minutes from her this season, but she has the potential to earn more late game minutes than we’ve seen in the past from the far end of UConn’s bench.