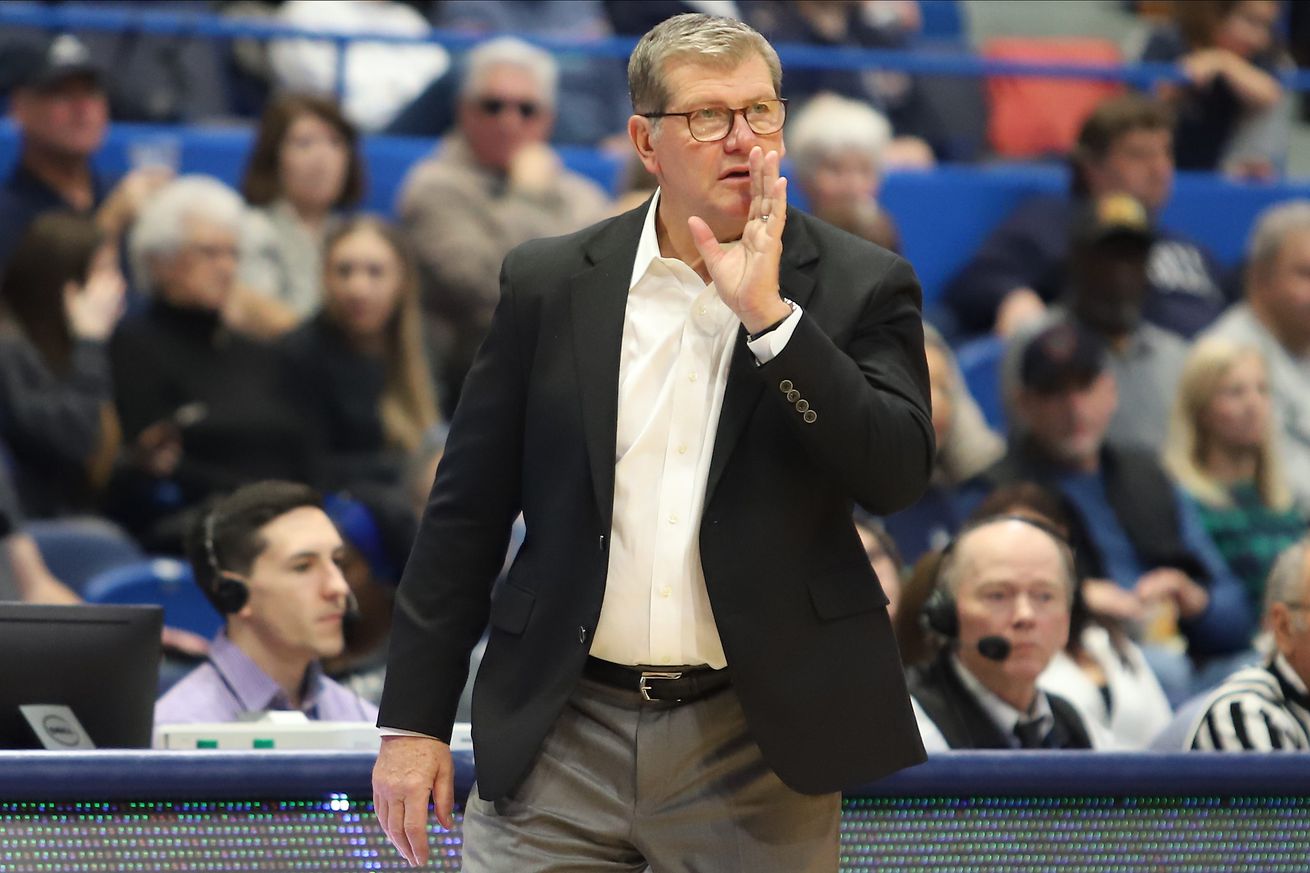 Despite a shortened slate, the Huskies still have one of the toughest non-conference schedules in the country.

The Huskies open the season on Nov. 28 against Quinnipiac in the Basketball Hall of Fame Women’s Challenge at Mohegan Sun and will play the winner of Mississippi State/Maine on Nov. 29.

The following Friday (Dec. 4), UConn will return to Mohegan Sun to face the Louisville Cardinals. Louisville is a new addition to the Huskies’ schedule as they weren’t set to meet this season.

“We are thrilled to continue our rivalry with UConn,” Louisville head coach Jeff Walz said in a release.

The two teams haven’t met since the 2018-19 season when the No. 2 Huskies eliminated the No. 1 Cardinals in the Elite Eight.

UConn will also play Baylor and Tennessee on the road as well as South Carolina at Gampel Pavilion, though dates for those games were not announced.

Even with the announcement, the Huskies could still add another non-conference game to their schedule. According to Hearst CT’s Doug Bonjour and the Hartford Courant’s Alexa Philippou, UConn is in “discussions” with Maryland and Little Rock to fill the final slot.

Despite the pandemic, UConn will once again play one of the toughest non-conference schedules in the nation as four of the Huskies’ six opponents are ranked in ESPN’s way-too-early top 25: South Carolina (No. 1), Baylor (No. 3), Louisville (No. 5) and Mississippi State (No. 6). UConn was ranked No. 4.

UConn will play all its games at Gampel Pavilion this season due to the pandemic. The school said that “information about fan access and capacity” will be released at a later date. The Big East has not released its schedule for this year.