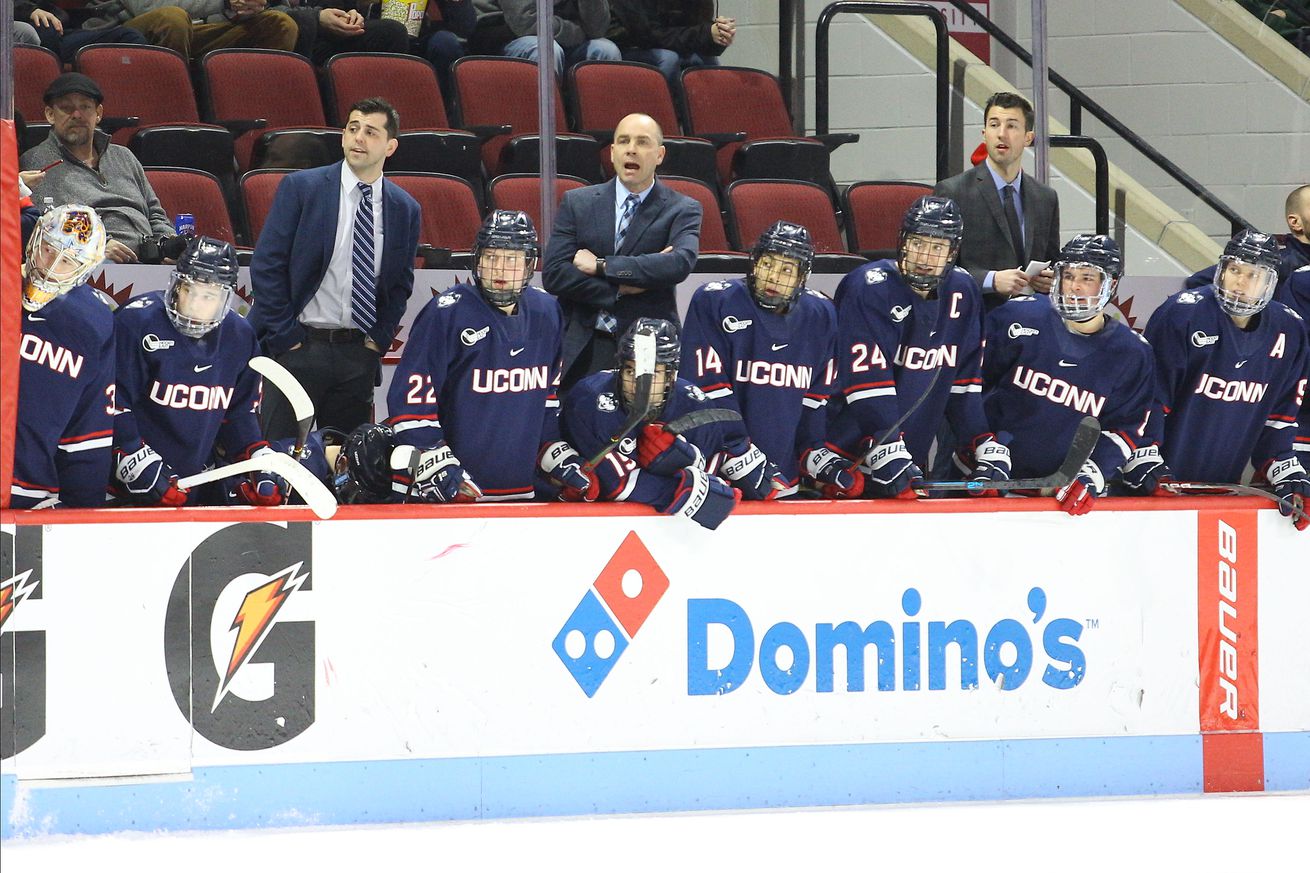 The Huskies add an elite forward to their 2021 recruiting class.

UConn men’s hockey earned a commitment from 2021 forward Ryan Tverberg, a source told The UConn Blog. He’s an elite prospect with a right-handed shot out of Richmond Hill, Ontario who was previously committed to Harvard.

Listed at 5-foot-11, 174 pounds, Tverberg was a seventh round pick of the Toronto Maples Leafs in this year’s NHL Entry Draft. He is well-regarded by the organization as the Leafs traded up to select him.

“We loved his character, we loved his game,” Toronto’s Director of Amateur Scouting John Lilley told reporters about Tverberg. “We had some guys who were really passionate and really wanted him.”

The source described him as “a very fast player and explosive skater” with a great skillset who isn’t afraid to go into battles and compete — an edge that UConn’s staff likes in its recruits.

Tverberg will be 19 when he steps on campus next fall and is one of the top player in the Huskies’ 2021 class so far. He’s expected to be an impact player from day one in Storrs.

Ryan Tverberg shows off his playmaking skill with a pair of dazzling assists in an @AVBulldogs victory over Victoria. pic.twitter.com/2AxR7pCvE7

Last season, Tverberg played with the Toronto Jr. Canadians in the OJHL, where he racked up 26 goals and 25 assists in 47 games. This year, he’ll play for the Alberni Valley Bulldogs of the BCHL — one of the top junior hockey leagues in North America.

Tverberg is UConn’s seventh 2021 commitment, joining forwards Mark D’Agostino, Nate Hanley, Tabor Heaslip and Brandon Santa Juana along with defenseman Jack Pascucci and goaltender Logan Terness. The Huskies will look at add at least one more forward to that group.

Here are some of Tverberg’s highlights from last season: