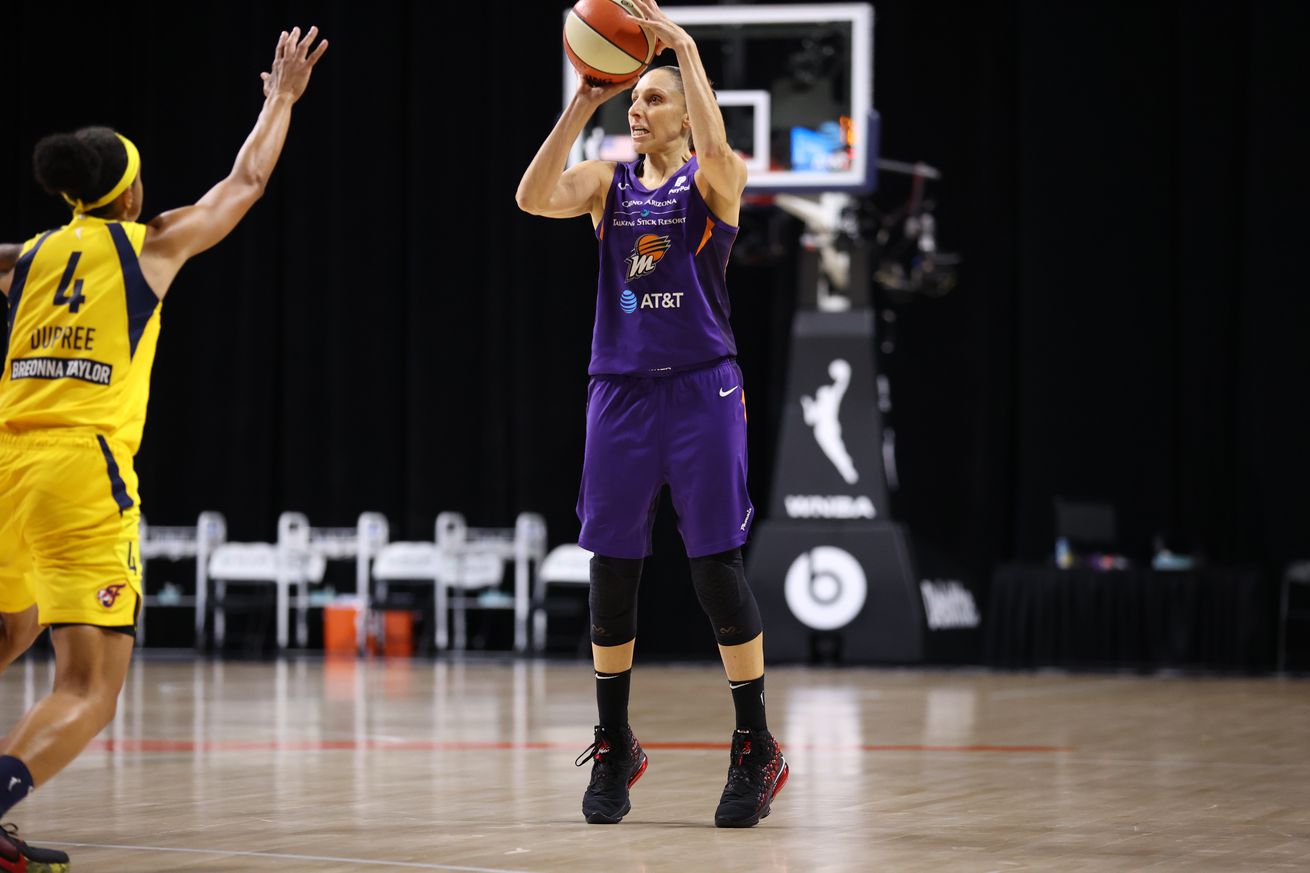 There’s just over a week in the WNBA regular season, and while the exact date is still listed as to be decided on the league’s website, playoffs are expected to start shortly after the September 12th regular season finale. Six teams have clinched playoff berths, leaving the remaining six fighting for the final two spots.

So far, eight Huskies are set to make playoff appearances (for Seattle, Minnesota, Chicago and Phoenix) — a number that would be higher if not for the recent injuries and bubble exits of Bria Hartley and Azura Stevens.

Connecticut and Dallas currently look like the favorites to secure the final two spots, which would add additional former UConn players to the total.

Here’s a look at the other news from Huskies in the league this week:

Diana Taurasi reminding everyone why she is the GOAT

The Phoenix Mercury finally made the Taurasi GOAT t-shirts available for sale this week, which unsurprisingly sold out almost immediately. Along with the launch, Taurasi reminded everyone just how good she is, averaging over 27 points per game this week to secure a playoff spot for Phoenix.

On Tuesday night, Taurasi scored 26 points in the first half alone and finished the game with seven three-pointers. She followed that performance up with eight makes from deep Thursday night, just one off from the league record of nine makes. Taurasi has also now made 28 three-pointers in the last five games, which is a league record.

diana taurasi lmfao someone tell her this one is still only worth 3 points pic.twitter.com/HpPQv1KwvB

Dangerfield’s impressive play for the Lynx earned some league-wide recognition this week when she was named the WNBA rookie of the month. Currently averaging 15.8 points and 3.4 assists per game, Dangerfield is not only excelling in her rookie class, but also in the conversation as one of the best guards in the league this season.

I’ve seen some people mention Dangerfield as a possibility for a 2nd-team All-WNBA guard spot, and while I don’t think she’s quite there, the fact that it’s not ludicrous for a #16 pick in her rookie year is insane. What a season. #WNBA

Huskies in the conversation for end of season awards

In addition to Dangerfield holding as a favorite in the Rookie of the Year race, Breanna Stewart is also still at the top of the list for the MVP trophy. If both were to win the awards, it would be the first time in league history the Rookie of the Year and MVP were alumna of the same school, other than when Candace Parker won both in her rookie season in 2008.

Multiple Huskies are also expected to make appearances on the All-WNBA first team. Stewart should be a lock for the honor, but Napheesa Collier and Taurasi are both also in the conversation. The pair rank fourth and fifth in the league for Win Shares, respectively.