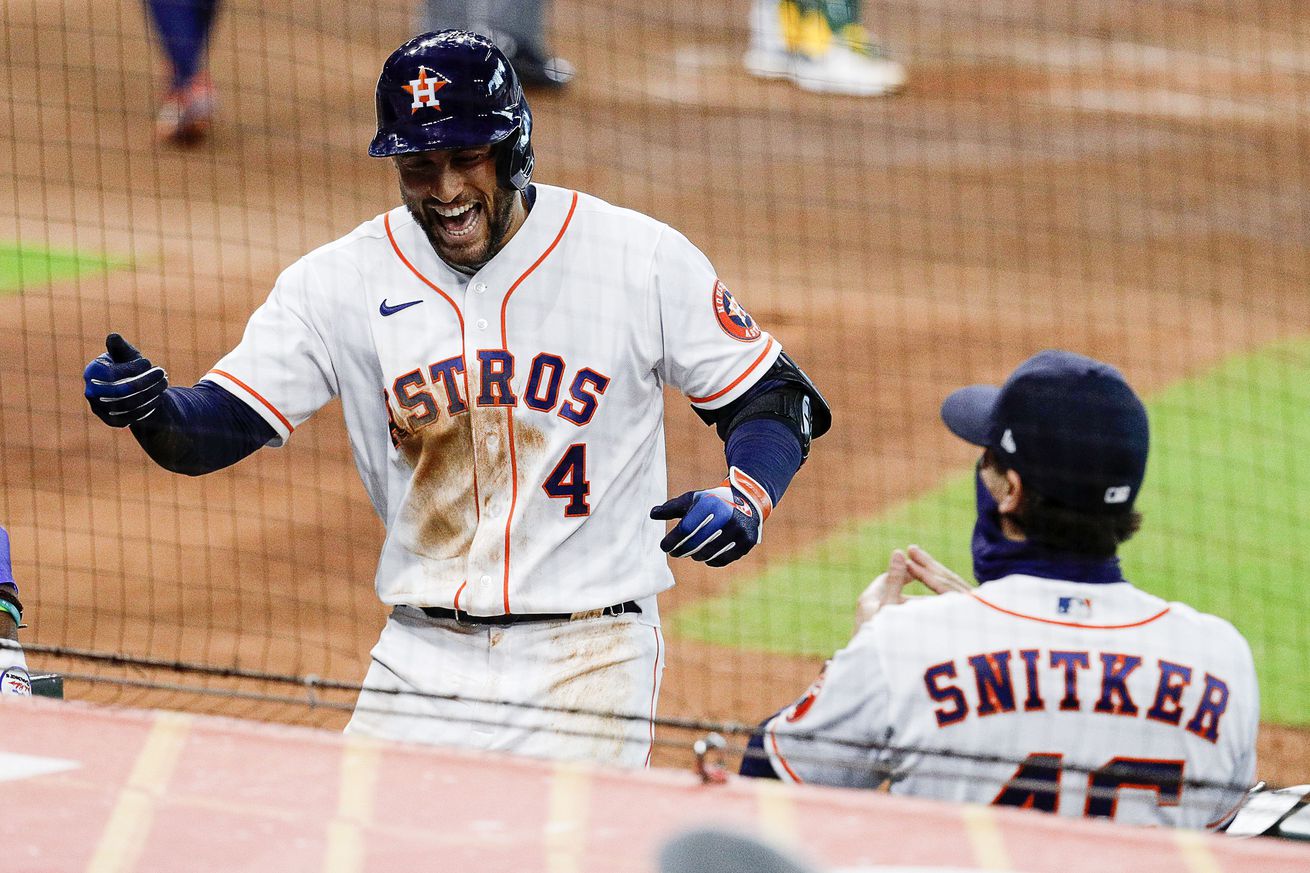 Despite rumors, reliever Matt Barnes was not traded before Monday’s deadline.

The MLB trade deadline came and went and all of the former UConn baseball players have stayed in their places. We have reached another milestone in the shortened MLB season, so it’s time to check in on all of the former Huskies.

Springer will be a free agent this offseason, but there was almost no speculation that he would be going anywhere at the deadline with the Houston Astros sitting in second place in the AL West.

Even though the Astros have struggled mightily in away games this season — yes there’s a cheating joke to be made there somewhere — the opposite is true for the 30-year-old center fielder.

He has struggled over the full season but he has been downright bad offensively at home. In 64 home plate appearance, he has just a .590 OPS (on base plus slugging), which is down over 300 points compared to his home OPS from last season, according to FanGraphs. He’s hitting fairly normally at away parks, with a .905 OPS and 140 WRC+ through 53 plate appearances.

Analytically, Springer’s game has suffered through 27 games this season, according to FanGraphs. His average exit velocity has fallen by over three miles per hour from last season, his barrel percentage is down, as is his hard-hit percentage. His average launch angle and infield pop-ups have nearly doubled.

Springer is one of the best free agents on a potentially depressed market after a fan-less season, so he needs to kick it into gear if he’s going to get what he’s worth come December.

Despite widespread speculation that Barnes would be a part of the Boston Red Sox’ deadline selloff, Chief Baseball Officer Chaim Bloom opted to keep the backend reliever. Barnes has another year of arbitration before he hits free agency in 2021.

His decreasing average velocity of about one mile per hour on each of his pitches may be to blame for the increased hard contact — he has allowed a career-high 48.5% hard hit rate. His launch angle against has also increase from 9.5 degrees to 11.9 degrees this year. The effectiveness of his curveball has also taken a hit, after being worth more than seven wCB in each of the last two seasons it has tanked to just .2 this season, according to FanGraphs.

He is getting hit hard, but he has also really struggled with walks this season despite an identical strike percentage as last season — 61.4%.

Been off the grid the last few days. Meant to post this. This defines a tough out and the hitter not giving in. Phillies’ Didi Gregorius negotiates a walk after 14 pitches last week against Red Sox’ Matt Barnes, who threw him the entire kitchen sink. Didi is tough as nails, man. pic.twitter.com/HX13AFLFzM

With Brandon Workman traded to the Philadelphia Phillies, though, his role on the club has been upgraded to closer, where he’s nailed down three saves thus far. There is little pressure to preform on the 12-24 Red Sox and there likely won’t be many save opportunities the rest of the way, so Barnes may turn a corner.

Kay was traded alongside Simeon Woods-Richardson at last year’s deadline in the deal that sent Marcus Stroman to the New York Mets. He stayed put in Toronto this year, where he has been largely effective in a bullpen role with the Blue Jays. He was a starter all throughout the minor leagues, but the Blue Jays went out and addressed their rotation woes by acquiring three starters before the deadline. However, all the pitchers they acquired are short-term rentals, so he may get a shot next season when the rotation frees up.

Kay has been very good this season, with a 2.93 ERA and 13 strikeouts through 15.1 innings. Even though he hasn’t struck out more than a batter per inning, he has never been a high strikeout pitcher, so it’s not a big deal. The most concerning thing at this point is his inflated walk-rate, but that could be attributed to the ballpark in Buffalo, where he is averaging over a walk per inning. In 11 innings at away ballparks, he has a 2.45 ERA with only three walks and 10 strikeouts.

Since then, however, he has been more than productive for the middling Arizona Diamondbacks. Since Aug. 3 Ahmed has slashed .301/.350/.495 with four homers and 19 RBIs — trailing only Fernando Tatis Jr. in RBIs. He has been a top-10 offensive shortstop in most categories in that time.

The two-time gold glover has also been strong on the defensive end as well, he has been worth 2.4 defensive fWAR or a little over 10.3 (if my math is correct) over a full season.

At first glance, he’s numbers may be rough, but after looking further it is not out of the question to say they are more a result of the 60-game season than Ahmed playing poorly. His first 10 games poor production look like nearly a full month of poor performance, shining a crooked light on an otherwise successful campaign.

Oberg is set to miss the season with a blood clot in his right arm.

Andreoli was released by the Red Sox on Aug. 7 and is currently a free agent.