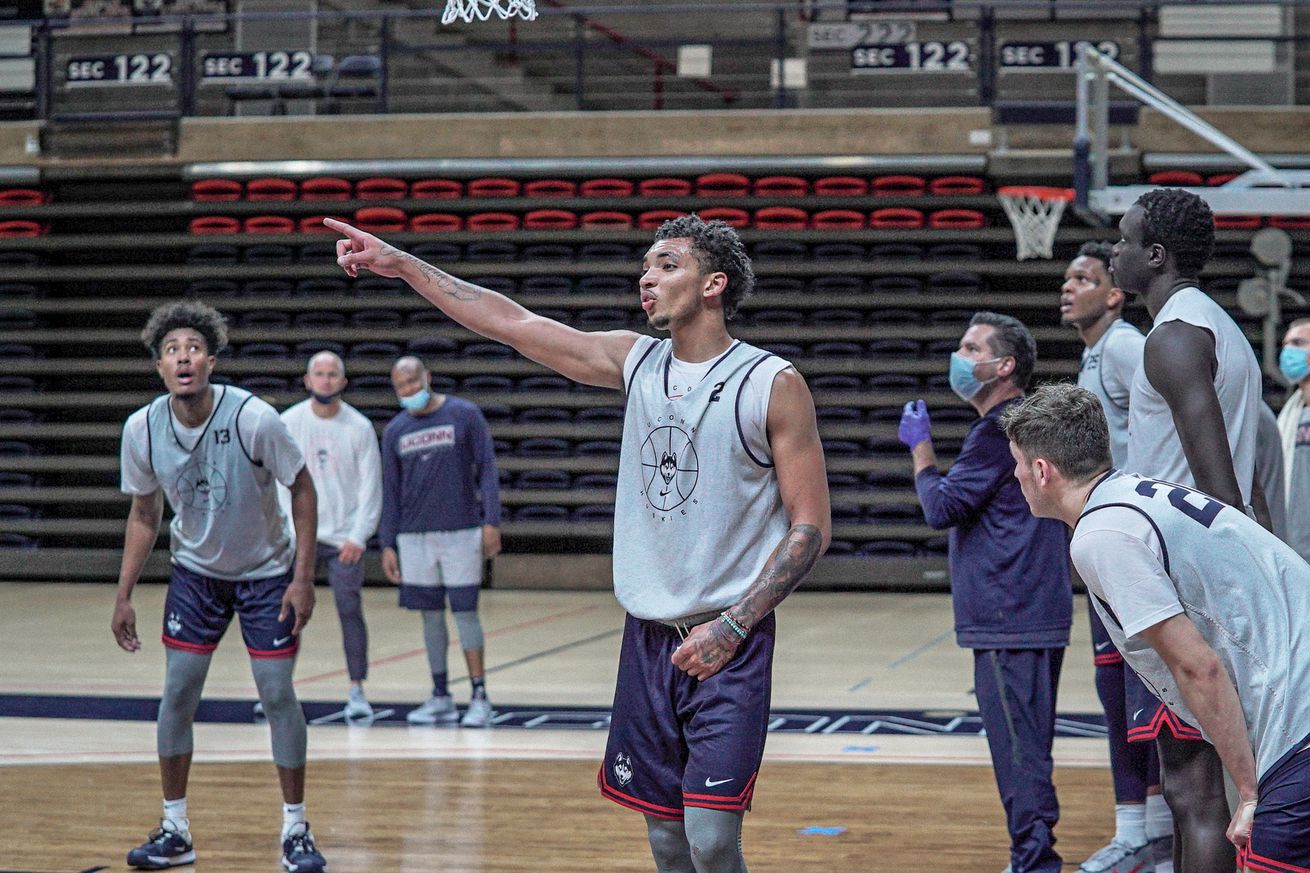 Every winner has a star, a focal point. Someone has to score the basketball. In Storrs, Connecticut, that role is filled by a 6-foot-5 guard from Brooklyn, New York – James Bouknight.

“This may be more of a team where obviously James has a chance to be a dynamic player,” UConn men’s basketball head coach Dan Hurley said after the team’s first practice of the season Friday.

Now that Christian Vital has graduated and signed overseas, the sophomore figures to be the leading scorer on the team. He is a projected first rounder in the 2021 NBA Draft, according to ESPN.

While Bouknight is the clear No. 1 on the roster, Hurley has been adamant that there is quite a bit of depth on the roster this season as well.

“I think the strength of the team is gonna be that balance,” Hurley said. “But we have like players two through eight or nine for us are gonna be guys that are you almost feel like you have seven or eight starters.”

Hurley identified Tyler Polley, Tyrese Martin, R.J. Cole, Jalen Gaffney, Brendan Adams, Josh Carlton and Isaiah Whaley as the other players on the roster who could make a scoring impact. Based on how Hurley has talked about him recently, it’s a safe bet to place freshman Andre Jackson in that group as well.

“I think we’ve got, just a number of guys that could be double figure scorers,” Hurley said. “I think we may have a team this year where we get four, five guys in doubles and a couple other guys that are maybe in that seven, stepping into nine, point range.”

Last season Polley averaged 9.5 points per game before a torn ACL cut his year short two months early. He scored in double-digits in nine of his 16 games last season, including a season-high 19 against Tulane on Jan. 8.

Martin, who transferred from URI this offseason, averaged 12.8 points per game under David Cox in Kingston. He is currently dealing with a quad strain after taking an awkward fall in practice, but Hurley said he would be back “fairly quickly.”

Cole and Gaffney are likely to get the lion share of play at point guard, as Hurley talked about during his visit with the Middlesex Chamber of Commerce Monday.

Adams is working his way back from a foot injury at the moment and didn’t practice yesterday. Hurley has voiced optimism about Adams throughout the offseason and preseason, saying “he took a big step forward” last season during a media availability back in September.

Whaley, who is one of three seniors this year alongside Polley and Carlton, put his name in contention to start this season after six-straight great performances at the end of last season. In those six games, he averaged 13.8 points and 8.6 rebounds on 58.8% from the field.

Carlton struggled in his third year in Storrs, which Hurley took the blame for Monday, but he has shed weight and is “primed to try to rectify that,” Hurley said.

“I think you could be looking at a team that’s got tremendous balance,” Hurley said. “Obviously, an explosive guy in James, but I don’t think we’re going to put anyone on the court that the other team isn’t going to have to guard.”

The rest of the rotation will likely feature freshmen Andre Jackson, Adama Sanogo, Javonte Brown as well as some time for redshirt freshman Richie Springs.