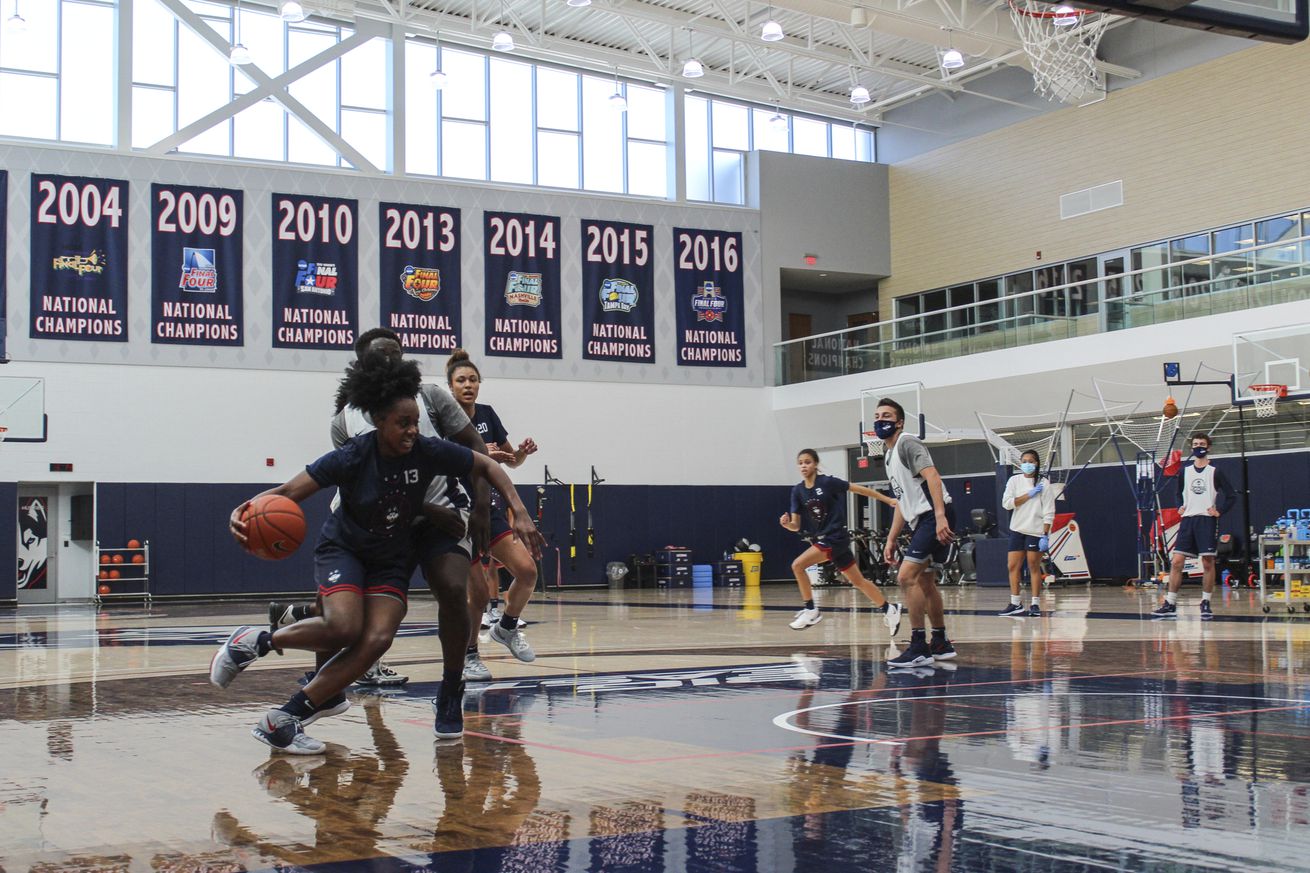 We talk about the start of practice, the team’s new uniforms, why the XL Center isn’t that bad, Azzi Fudd’s recruitment and wrap up the WNBA season.

UConn women’s basketball’s 2020-21 season is underway as the Huskies held their first official practice on Wednesday. We recap Geno Auriemma’s Zoom call with the media, discuss the good vibes surrounding this team and update our freshmen impact rankings. After that, we review UConn’s new uniforms.

We then try to sort out the Huskies’ schedule, tell you why we aren’t torn up about losing Notre Dame this season and explain that the XL Center isn’t as bad as everyone makes it out to be. We also complain about Tampa hosting another Final Four in 2025 and lament the NCAA’s decision to hold the NCAA Tournament regionals in some bizarre cities over the next few seasons.

Moving on, we get into the recent Azzi Fudd news, discuss her commitment timeline, try to make sense of her final two schools and figure out what it all means for UConn. We also touch on the news that all winter athletes will get an extra year of eligibility and listen to Geno’s take on the matter.

Finally, we wrap up with some WNBA talk and celebrate Sue Bird and Breanna Stewart’s championship with the Seattle Storm.