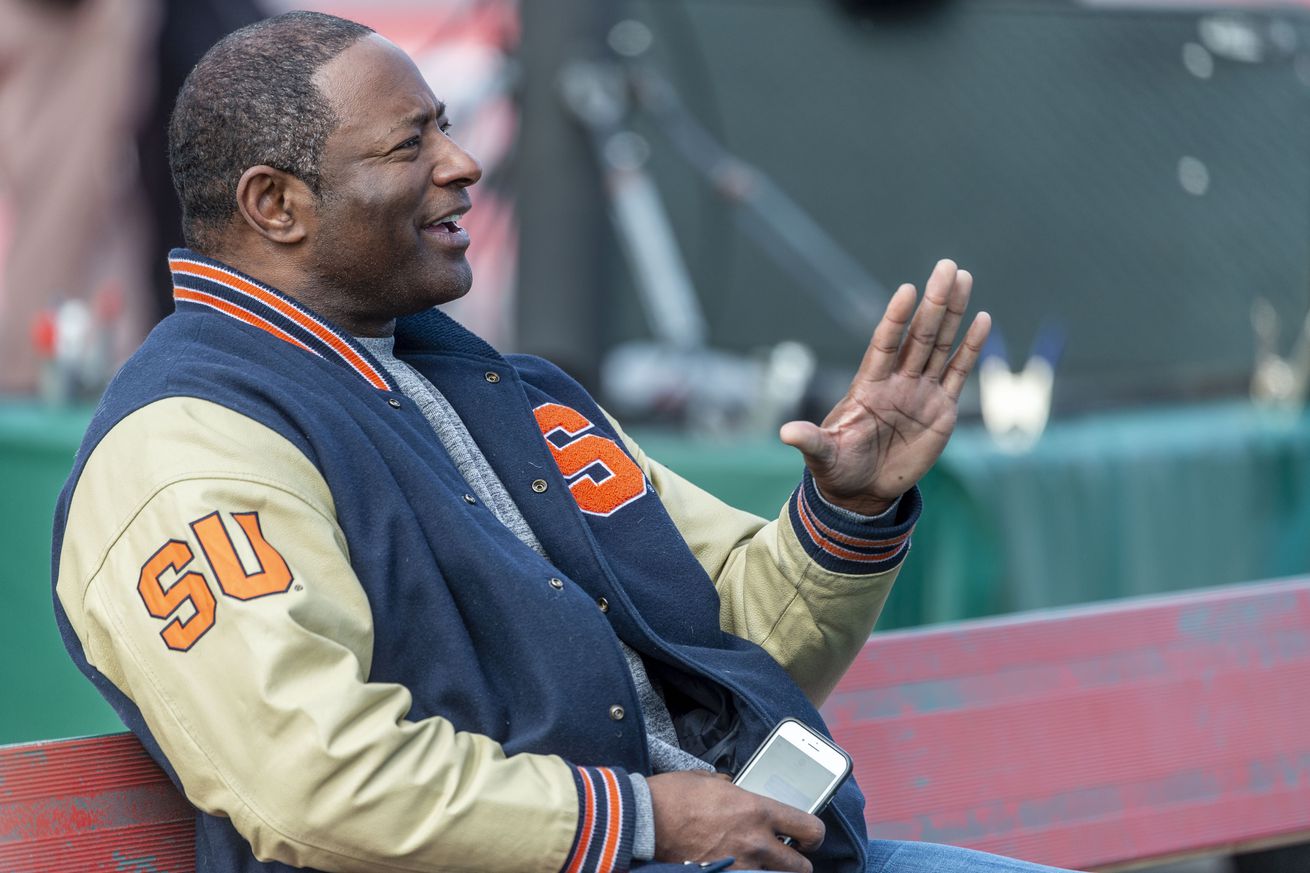 At 18 players so far, what could the Orange have left?

Yes, we did just put together a recruiting update last week, but with another commitment over the weekend — Bronx defensive tackle Elijah Fuentes — the Syracuse Orange football program now has 18 players pledged for the class of 2021. That’s a pretty sizable number for SU going into fall, and it means we can start looking toward the end of this recruiting season.

While players could opt to flip elsewhere, one recruiting benefit in the socially-distant environment is that schools aren’t really doing the big official visits in-person. So while Syracuse is forced to offer guys on film alone in many cases, players also aren’t necessarily able to compare the Orange’s facilities to those at other programs either. In some cases, that’s a distinct advantage.

Assuming everyone stays in the fold, we probably have another five or so spots available. So which positions are we still looking at? And which names remain under consideration?

SU regularly adds several wideouts, but only has one committed so far, in Kendall Long. They could probably add two more, with Umari Hatcher (Woodbridge, Va.) and Oronde Gadsden II (Fort Lauderdale, Fla.) being the two names that keep popping up. They’re both three-stars and are both ranked among the top 160 wide receivers in the class. Both players could also potentially fill different roles. While Gadsden’s a bigger target (6-foot-4, 190 pounds) like Long and would likely wind up on the outside, Hatcher could be a speedy slot receiver at 6-foot-3 and 175 pounds. There’s room for two wide receivers if both commit.

Syracuse has indexed pretty heavily in the trenches with this class, and it makes sense — both the offensive and defensive lines have been problems at one point or another recently. The fact that the Orange have four offensive linemen already means there’s one or maybe two slots left, depending on the players.

Offensive tackle Enrique Cruz (Villa Park, Ill.) is among the top remaining targets on SU’s board, and 247’s own rankings have him just outside the top 200 players in this class. If he’s on board, then it seems possible that Syracuse could take a sixth O-lineman on the interior. That player could be Gabe Blair, a center from Denton, Tex. If Cruz doesn’t commit, then it seems more likely that Blair or another interior lineman would be the fifth and final add.

Blair’s unique among the options still in play for Syracuse because he’s an actual center, and that’s definitely been a position of concern lately.

D-line is in a similar situation to the O-line. There’s a top target out there — George Rooks, the four-star legacy defensive tackle out of Jersey City, N.J. — who SU would make room for. And then in this case, he’s really the only player left to add on the line.

As noted above, the Orange already have six players here, so there isn’t a clear need to add another player when you could do so at a different position instead. Rooks being both a legacy and a top-level talent (the 247 composite says he’s top-200) means you of course take the commitment. Unfortunately for Syracuse, Michigan and Penn State are their top competition and everything seems to be pointing away from the Orange.

The Orange struck out a bit here, though still have two players committed already with Austin Roon and Malik Matthew. Now they need a third addition, but they’re moving further down their list to do it.

For over a decade, Syracuse linebacker play was strong and then things have gotten a bit rockier. That’s made worse by the fact that we’ve had SO MANY guys transfer out in recent years. So now SU needs to put a lot of focus on linebacker without the means to necessarily do so in this class.

Noting that flipping players isn’t as likely this year as it would be in other recruiting cycles, that makes it far less likely than normal that ‘Cuse can convince previous targets like Patrick Turner (Navy) or Jason Henderson (ODU) to come aboard. Instead, they’re looking at newer options like Eric Ford (Bethesda, Md.) or the not-yet-offered Bryce Myers (Bridgewater, N.J.). Myers, who’s currently unranked, really wants a Syracuse offer, as he told CuseNation and looks to be closer to right size already at 6-foot-3 and 220 pounds. Ford has better offers like West Virginia, Virginia and Navy, but that also means more competition.

Syracuse is going to add a linebacker. We’ll see if it’s a name above, or if they keep looking either among high school prospects or JUCO recruits.

Syracuse doesn’t necessarily need another safety beyond Malcolm Folk, but another corner could be in the cards with Will Wells (West Palm Beach, Fla.). From all accounts, Wells seems pretty high on the Orange, so the corner spot appears to be his if he wants it.

Though SU has loaded up on players in the secondary for years now (there are currently eight DBs on the roster with eligibility through 2023), we’ve learned how quickly you can always use more help. There just aren’t many options beyond Wells among players currently offered.

As always, the list of names above isn’t exhaustive. It’s just a collection of the most likely additions at this stage, with so few spots remaining. Anyone else you think should be under consideration? Share below.