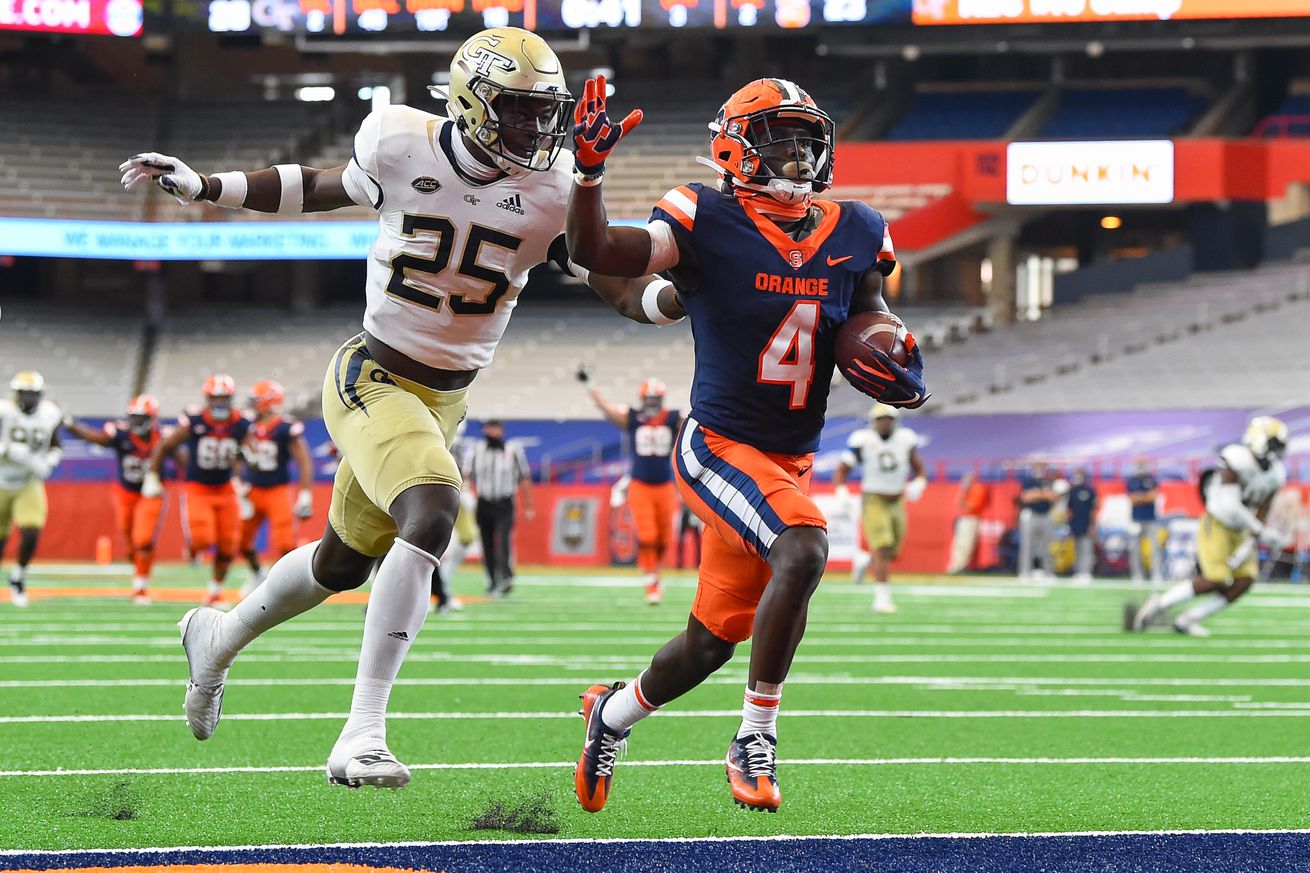 That’s the standard orange/blue/orange combo, for those unaware.

Back at the Dome for the third straight game, the Syracuse Orange are once again donning dark jerseys on Saturday for their matchup with the Liberty Flames. This time around, it’s a return to the “classic” orange helmets, blue jerseys and orange pants.

Back in Our House this weekend and focused on Liberty.

Here’s what you can catch us in on ACC RSN (Yes Network locally) this week. pic.twitter.com/YVI9imoWdS

Of all of Syracuse’s uniforms, this is the look that’s most familiar, of course. It was also worn just a few weeks ago when the Orange hosted Georgia Tech in a 37-20 victory. SU’s 2-2 in the orange/blue/orange combo since the start of 2019, with two straight wins — vs. Georgia Tech and Wake Forest, respectively.

Syracuse is 5-7 in orange helmets since the current uni set was introduced to start last season, and 3-2 in the blue jerseys (with two straight wins there). They’re also 4-5 in orange pants, having won three of their last four. The lone defeat in there was at Pittsburgh during the second game of this season.

Hopefully Syracuse is back to their winning ways in these duds come Saturday. Yes, I’m aware these aren’t “classic” because they’re not exactly like the 80s and 90s uniforms and have an ‘S’ on the helmet. You’ve mentioned before.