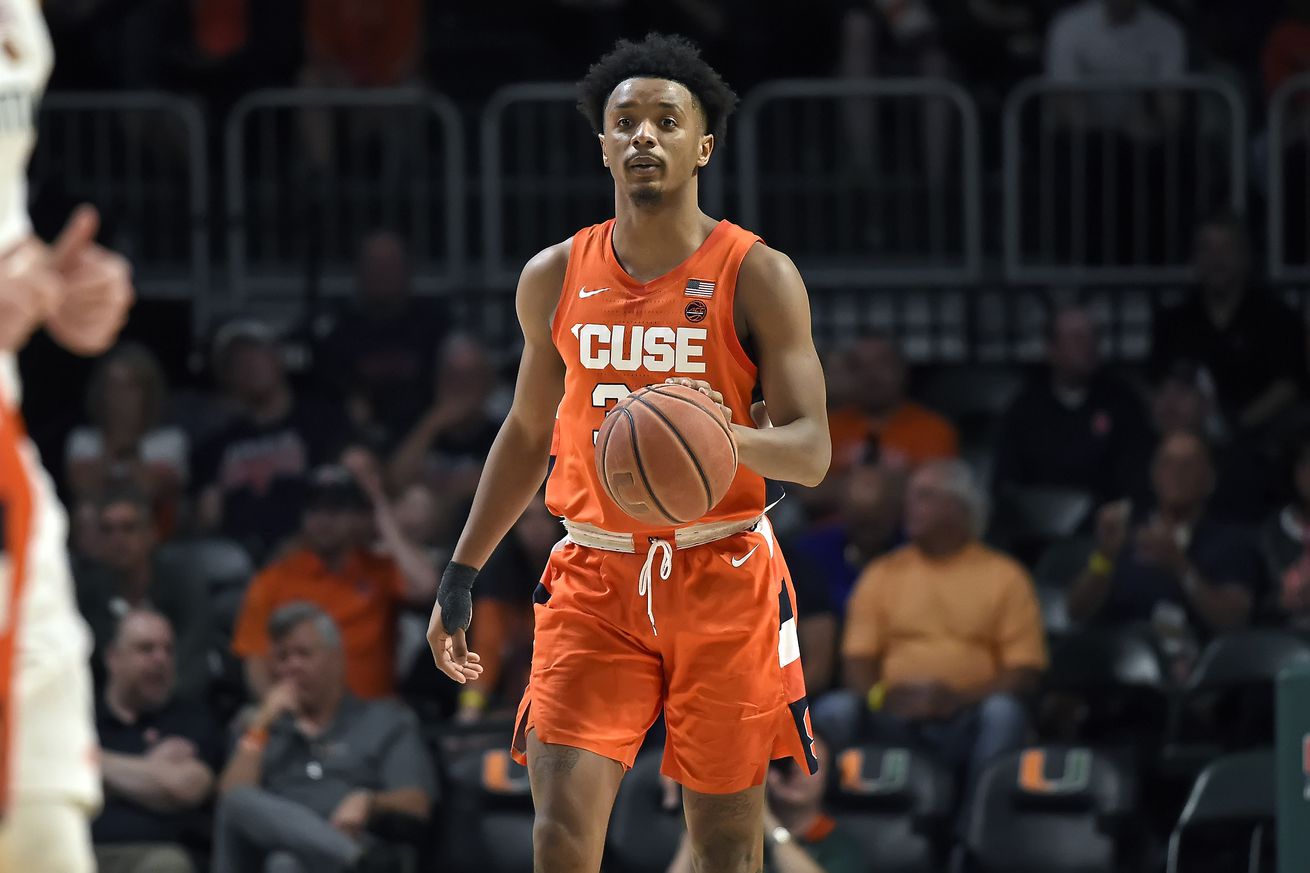 What should NBA fans and scouts know about the standout scorer before Wednesday night’s Draft?

Months and months after the 2019-20 college basketball season ended, we finally get the 2020 NBA Draft. One thing that’s for certain going into Wednesday night’s event is that teams won’t have the familiarity with each desired prospect the way they would have in the past. With so much time off, plus a lack of much in-person scouting or a combine event, this (already questionable at the top) draft is among the most uncertain in some time.

All that being said, though, let’s see what we already know about the Syracuse Orange’s own Elijah Hughes, who seems like he’s definitely getting picked.

NBA Projections: Somewhere between the late first or — more likely, the early or mid second round. Some of the mock draft results:

Game to Watch: The Georgia Tech matchup back on December 7, 2019. This game displayed Hughes’ knack of scoring while also showing how defenses have to adjust to him when he gets this hot. Hughes had 26 points in the first half, as the highlights note below.

Fun fact: Hughes was only a 3-star prospect coming out of high school. This goes to show that talent will always prevail over hype and the young wing has put himself in a position that some hyped players coming from high school could not do. He went to East Carolina, then headed back to his home state of New York to finish up his college career with the Orange.

TNIAAM Draft Prediction: I am still a strong believer that Hughes will fall to the Charlotte Hornets with the 32nd pick. He is just the right fit for them right now at the forward position and Charlotte does not have a consistent offense to rely on. If Hughes is plugged into their system, it would not surprise if he earns immediate playing time because of his impact on the offensive end and a young team around him (assuming, of course, they don’t alter course here and trade for Russell Westbrook and potentially other veterans).

But what will dictate whether or not Hughes can stay on the floor is his defense. He was the Orange’s best defender last year, but that was also in a zone system. That doesn’t mean he can’t be a productive man-to-man defender, obviously (see: Grant, Jerami as one recent example of why it’s not the deterrent some portray it as). Yet there are adjustments he’ll need to make to translate his quality defensive effort to the pro game.