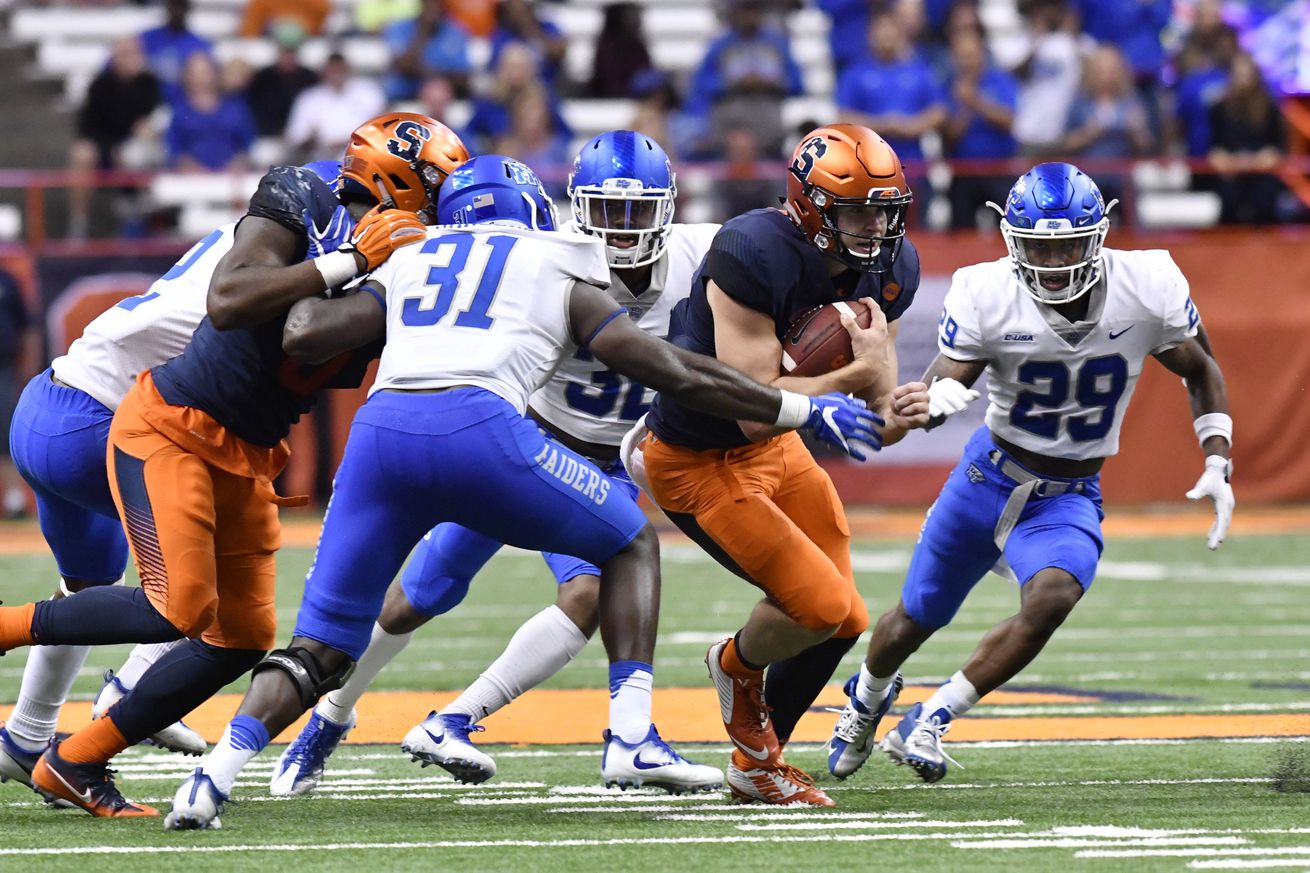 For as much as the last couple decades of Syracuse Orange football have been mostly rough, the program has avoided losing too many games to opponents outside of power conferences. Even including the woeful GERG years, it’s only happened seven times since 2001, and two of those were to BYU and C-USA Louisville (hardly pushovers).

Robinson lost to both Miami Ohio and Akron (gnashes teeth) during his tenure, but since then, losses to non-power conference teams have been few and far between. Since 2009, it’s happened just three times:

Of course, part of the reasoning for some of those seasons is based on the opponents. In many years, Syracuse faced a gauntlet of P5 squads in non-conference play for no real purpose, so the opportunities to lose were minimal. But in recent years, as the number of non-Power Five (so G5 and non-Notre Dame independents) has risen, they’ve mostly avoided getting tripped up.

The exceptions above, though, are all pretty recent and two were under Dino Babers. Now, USF’s not the same sort of bodybag that an FCS team would be. And perhaps you count an overtime win over VIllanova in 2014 as a loss (wouldn’t blame you). Middle Tennessee had the extra complicating factor of facing former defensive coordinator Scott Shafer. The USF games featured skilled mobile QB Quinton Flowers.

Still, they were losses, and we’re attempting to avoid another one — perhaps the most embarrassing one since that Villanova game or Akron — this weekend. The Liberty Flames are three-point favorites in Vegas on the strength of bettors believing in their 4-0 record. As is always the case in college football, undefeated is undefeated. And the Flames have former Auburn commit Malik Willis running their offense to great effect right now. The mobile passer could pose a danger for Syracuse. Plus, we don’t really know what SU’s offense will look like with Rex Culpepper at the helm in his first start since 2017.

Saturday’s far from lost, and at least from a talent perspective, the gap in this one is closer to what we saw between ‘Cuse and MTSU (in the Orange’s favor) than the USF games (where the Bulls actually had the upper hand). Hopefully we’re not rehashing this article again next year with an extra loss tacked onto the list.