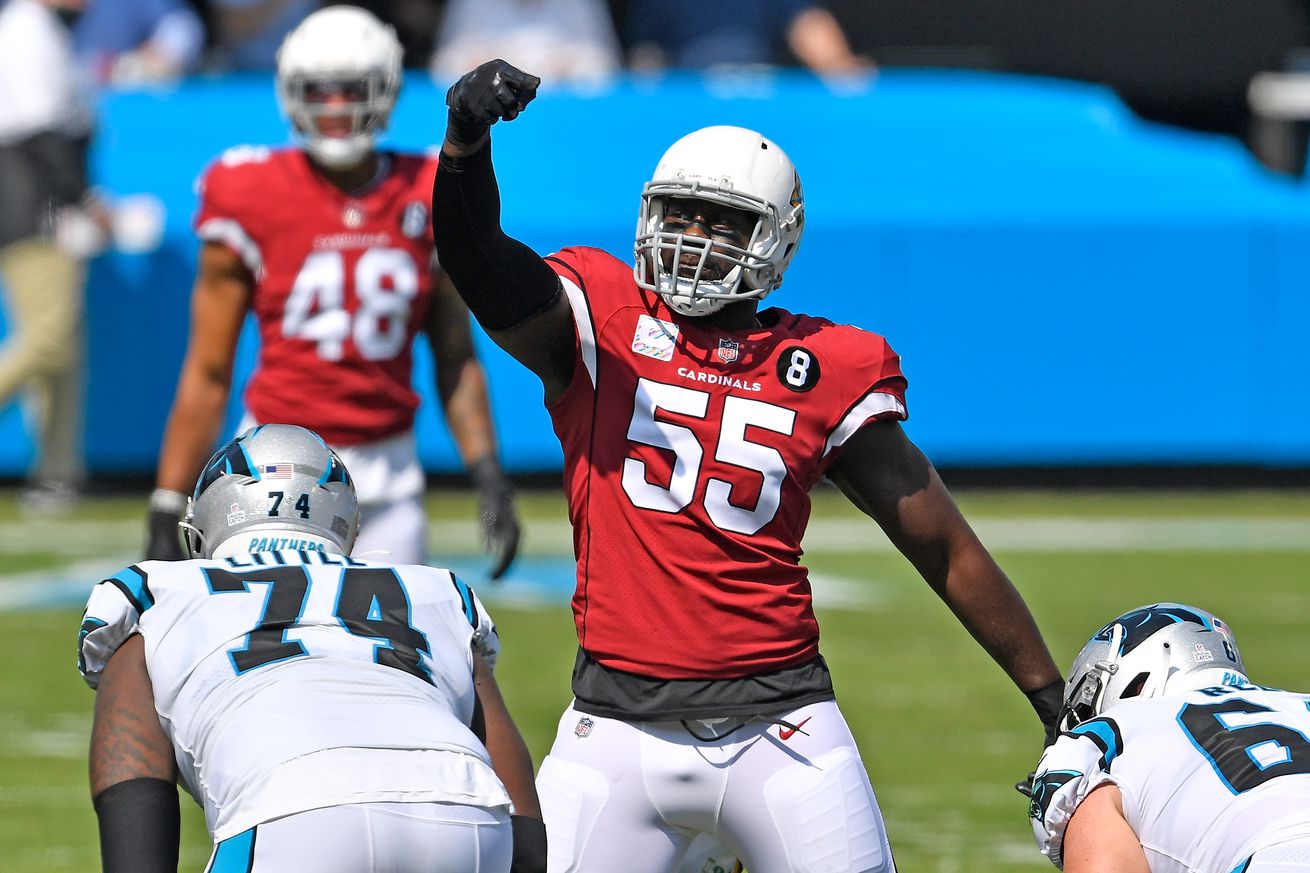 The injury bug hit the pro Oranges as well.

With the Syracuse Orange win, football of all forms becomes slightly more enjoyable at all levels. With 7 former Orange stars on active rosters (and more on practice squads), our Orange in the NFL recaps are filling out nicely. (All stats from NFL.com)

Jones and the Cards defeated the Jets, and Jones racked up a solo tackle, but sustained an injury. Like much of the Orange, the injury news was pretty terrible.

Cardinals’ HC Kliff Kingsbury said OLB Chander Jones is “probably” out for the rest of the season with a biceps injury.

While Pugh was struggling with some injuries from last week, he was able to make the start this week.

The Giants dropped a close one to the Dallas Cowboys 37-34, and Dixon was less busy than usual, only punting twice. However, he had a net average of 50.5, with one of the punts pinning the ‘Boys inside their own 20 on a fair catch.

Franklin had his most productive game as a pro, logging 6 total tackles, 3 of them solo tackles.

Robinson racked up a season high 3 tackles, one of them a solo tackle.

The Falcons dropped another game, this time to the Carolina Panthers. Hof punted 3 times, for a net average of 47.3 yards with 2 punts pinning the Panthers inside their own 20.

Jackson was inactive for the Rams win over the Washington Football Team.

The Jaguars were blown out by the Houston Texans, 30-14. Marrone and the Jaguars become the first team in NFL history to drop 3 games to winless teams.

Glad to see some solid names getting some run in the newest NFL season.