Syracuse heads south to Pittsburgh for its second game of the 2020 season. The Orange are coming off a disappointing 31-6 loss to UNC, where the Tar Heels scored 21 unanswered points in the fourth quarter. SU held a strong North Carolina offense to 10 points through three quarters but relented in the final 15 minutes.

Last time they played: The Orange clawed back from a 24-6 halftime deficit to make one-possession game late in the fourth quarter. Tommy DeVito left in the third after taking a hard hit and was medically cleared to return, but head coach Dino Babers kept him out. Backup Clayon Welch entered and led the Orange to within seven points, but a third-down conversion with under two minutes remaining iced the game for the Panthers. 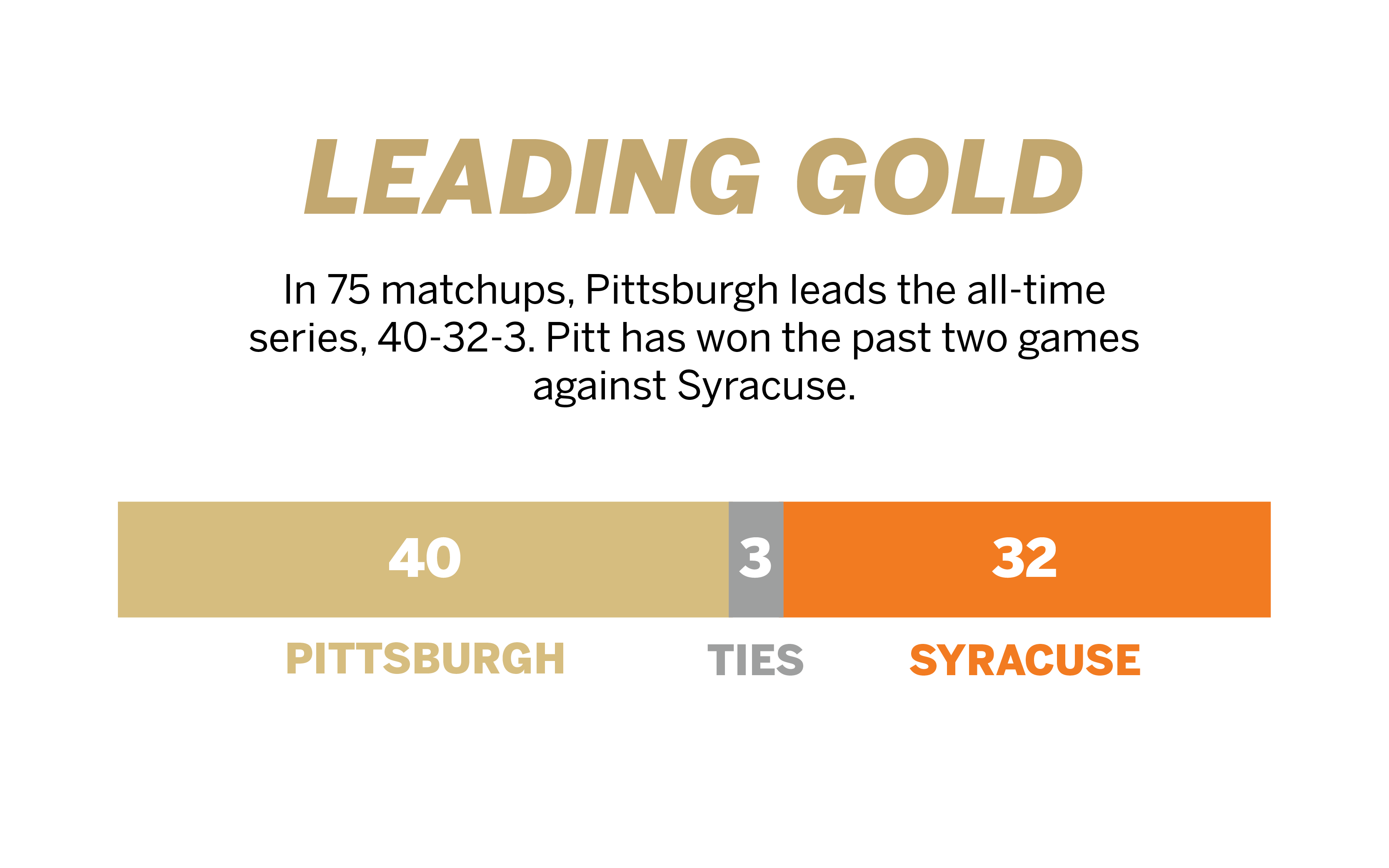 The offense returns three-year starter Kenny Pickett, who threw for over 3,000 yards and completed 62% of his passes last season. In Pitt’s season-opening 55-0 win over Austin Peay, Pickett tallied 277 passing yards and a touchdown on the ground, but no receiver caught more than two passes. The Panthers trounced their opponents for 456 total yards, including three passes of over 50 yards. The loss of wide receiver Maurice Ffrench (850 yards in 2019) should be offset by redshirt senior Taysir Mack, who didn’t play against Austin Peay but is expected to start against SU.

How Syracuse beats Pittsburgh: Syracuse’s best chance of beating Pitt is getting DeVito outside of the pocket, avoiding Pitt’s staunch defensive line and using his athleticism to beat the Panther defense. Offensive coordinator Sterlin Gilbert must rely on DeVito’s instincts and legs, because the offensive line can’t hold up against one of the best pass rush units in the ACC. Pittsburgh’s one weakness on defense may be at cornerback, so forcing them to cover for longer than a few seconds may create openings. The defense should be able to limit Pickett, but it’s on the offense to score more than six points this time out. 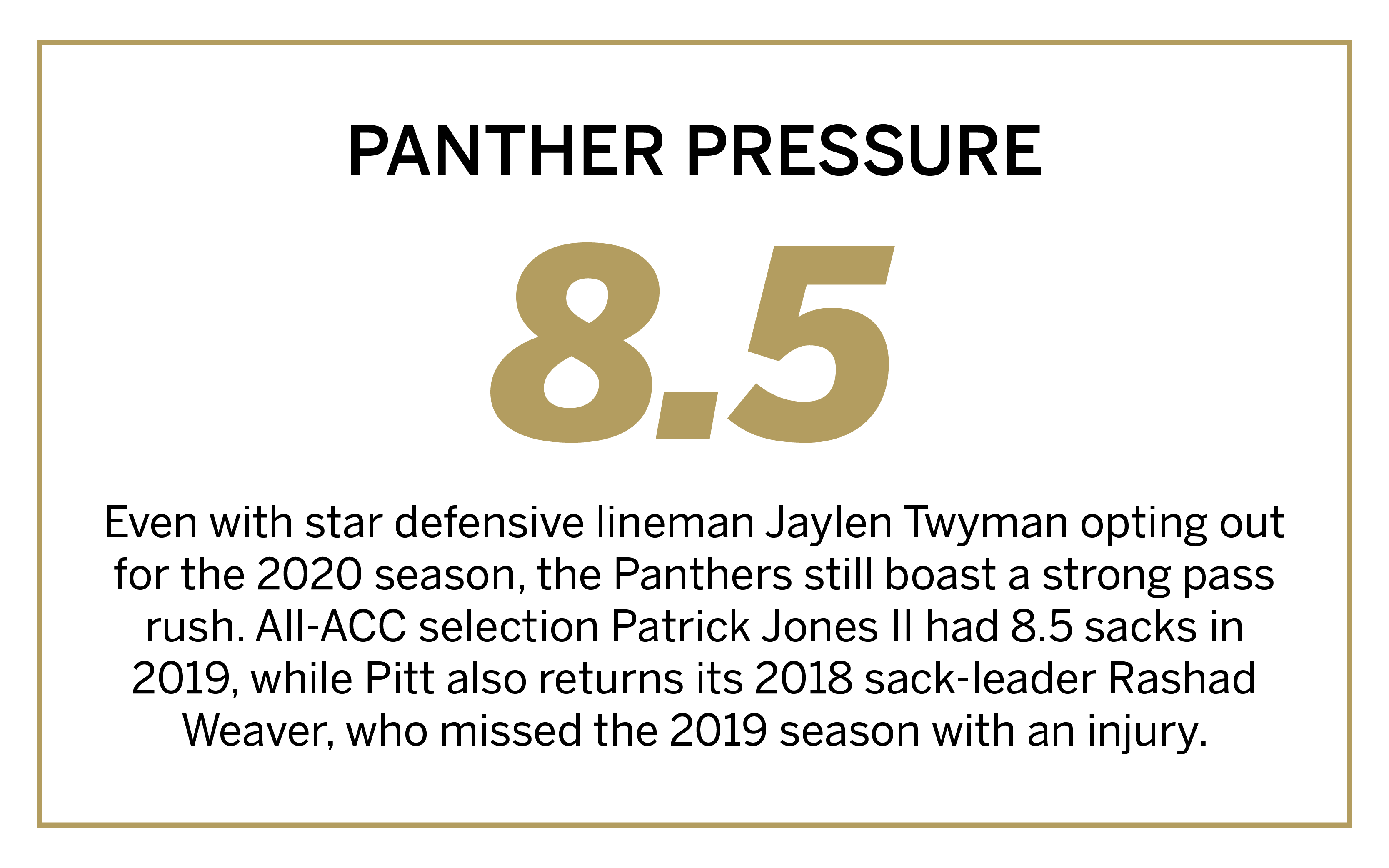 Star defensive tackle Twyman opted out of the 2020 season to focus on his preparation for the NFL draft. He was Pittsburgh’s best defensive player in 2019, tallying double-digit sacks and 12 tackles for loss. Syracuse will not have to worry about Twyman on Saturday.

Betting odds: As of Wednesday morning, Pitt is a 21.5-point favorite, and the total points is 50.

Outside of the defensive line standouts, Ford is the Panthers’ best defensive player. The junior safety was selected to the preseason All-ACC first team, ahead of Syracuse’s Andre Cisco. Ford had 14 pass deflections in 2019 along with three interceptions. He had 86 tackles in 12 regular season games and was selected to the 2019 All-ACC first team. The Pittsburgh native forced a fumble against SU last year in his first season as a starter. He’s considered the No. 8 safety in the 2021 NFL draft class, according to Pro Football Focus.

The post Opponent Preview: Syracuse heads to Pittsburgh to face the No. 25 Panthers appeared first on The Daily Orange.