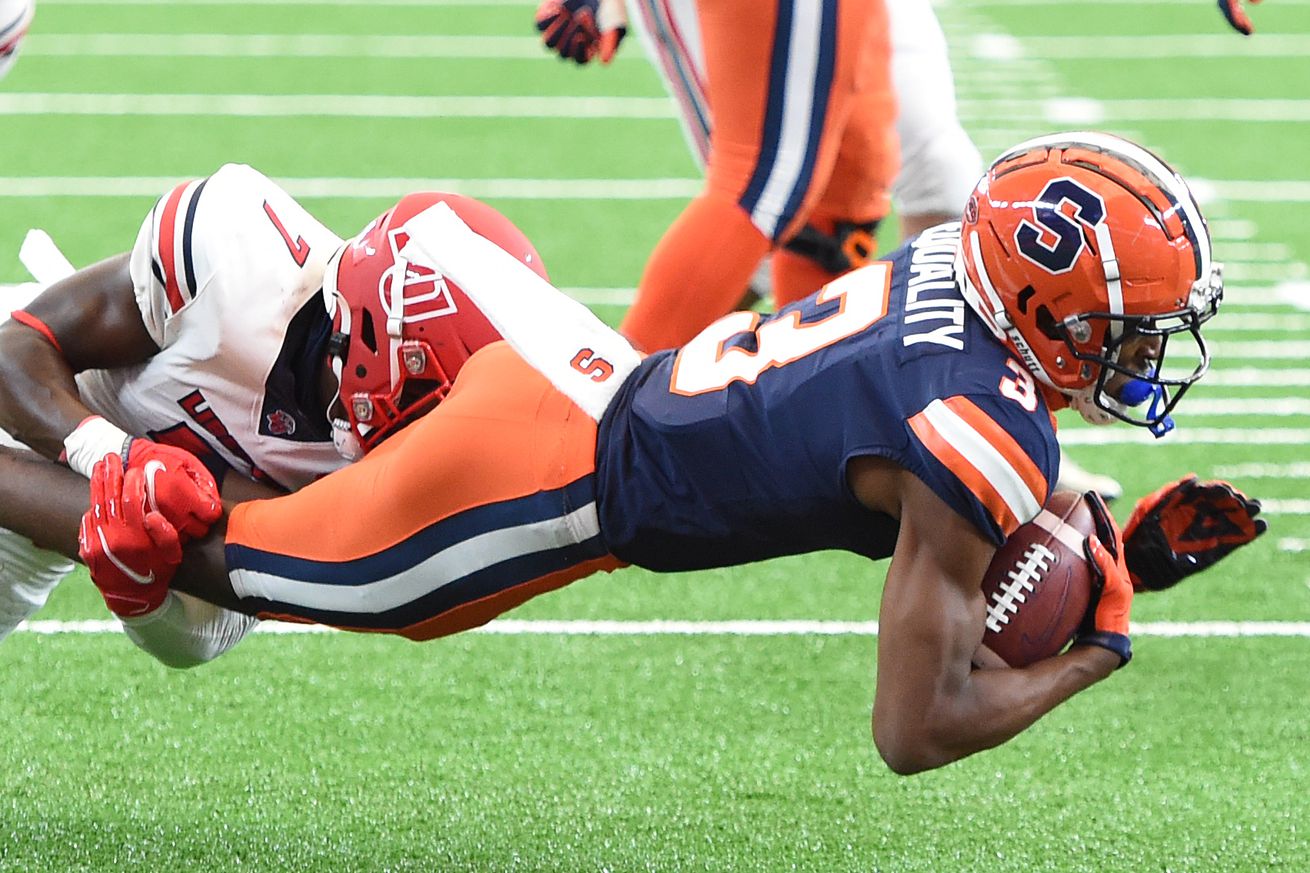 The Syracuse Orange lost to the Liberty Flames, 38-21 in a game that was a lot uglier than it needed to be.

Syracuse came in more injured than we’ve seen in years, with at least a dozen key contributors on the sidelines. And yet, Liberty actually gave this group a lot to work with if they could’ve found a way to take advantage. Alas… it wasn’t meant to be and a fan base that was already worked up into a lather continues to be.

Things actually started well enough for the Orange, as they were the first team on the board with a 17-yard touchdown pass from Rex Culpepper to Taj Harris mid-way through the first quarter. Syracuse’s inabilities to stop the run were readily apparent shortly thereafter, however, and SU was down 14-7 at the end of the first quarter.

Rex hit Aaron Hackett for another score to tie things at 14 in the second, but from there, Liberty was off and running. The Orange allowed more than eight yards per run before Liberty started really killing clock, and over 300 rushing yards for the Flames. They also threw for over 150, though you’d question why they bothered throwing at all given how easy it was to get past SU’s front.

‘Cuse actually had opportunities in this one too, which is perhaps the most frustrating part. They won the turnover battle, 2-1 and found themselves in Liberty territory repeatedly. But penalties on both sides of the ball and various miscues doomed them over and over.

On the day, Culpepper was 19-for-40 for 211 yards and three touchdowns (plus an interception), and if not for a handful of bad throws and drops, you might have seen a much more impressive line. Rex looked alright on the afternoon, but a more capable passer could’ve torn through a Flames secondary that provided quite the cushion for SU’s receivers.

Harris had nine catches for 96 yards and a score, Anthony Queeley had five for 77 and a TD, and Hackett had his first two receptions of the year for 25 yards and the aforementioned touchdown. Nykeim Johnson also had two grabs for 17 yards and Cooper Lutz had one for negative-4 yards.

Liberty’s front also gave Syracuse some holes to run through, and Sean Tucker was happy to take advantage. He had 21 carries for 119 yards — the second 100-yard game of his young career. Lutz had two runs for nine yards as well.

So yeah, that was embarrassing. Even with the injuries, Syracuse had chances to win throughout the first two and a half quarters. But Orange throws were increasingly off-target as the game went on, and play-calling became more questionable as well.

SU falls to 1-4 going into what’s likely to be another loss next week at Clemson. The comments are going to be closed pretty quickly if things get out of hand here.