Dave Kline was on a routine Zoom call in early September with parents from the JV football team at Cicero-North Syracuse High School. As he was speaking, a parent cut him off.

“I was like ‘Guys, I have to end this meeting right now,’” Kline said.

Kline and other coaches, such as Auburn High School’s David Moskov, didn’t want to sit around before football season’s tentative kickoff in the spring. Despite the challenges that the coronavirus pandemic presented for high school sports, the two knew a 7-on-7 fall football league would be beneficial to their athletes, who hadn’t played a real game in seven months.

Kline created a league including CNS, Auburn and about four other high schools. The town of Clay runs the league, which is unaffiliated with each school.

“Going to 7-on-7 for the kids was a sense of normalcy,” Moskov said. “It surely wasn’t football, but it was a taste of normalcy. We were able to work on getting better.”

The 7-on-7 league lasted for two weeks until Monday, when the Syracuse City School District canceled it out of caution due to COVID-19’s increased community spread. The district also wanted to allow in-season teams to finish their seasons safely, Kline said.

“(Cancelling the 7-on-7 league) was tough because we had just started to get on a roll and have fun,” Auburn quarterback Troy Churney Jr. said. “For them to cancel it put us in a major setback.”

When Kline heard that some central New York schools would be able to hold afterschool practices, he knew it was an opportunity to get his players back on the field. The process required a lot of meetings to ensure players’ safety, he said, and the practices were nothing like they used to be.

Before entering the field, players scanned a QR code that led them to a health questionnaire. The results were automatically put into a spreadsheet, which was shared weekly with the town of Clay to track every player. Athletes also completed a temperature check before every event. Once cleared, they were required to wear masks and practice social distancing for the entire time on the field.

The protocols also meant football practice without any physical contact with other players, and the only contact during the 7-on-7 games was two-hand-touch. Officials were brought in to referee the games, and no fans were allowed.

“I’ll play however I can, whether it is 7-on-7, flag, touch, tackle, whatever. I’m just glad to be out there and compete,” CNS senior wideout Joey Penizotto Jr. said. 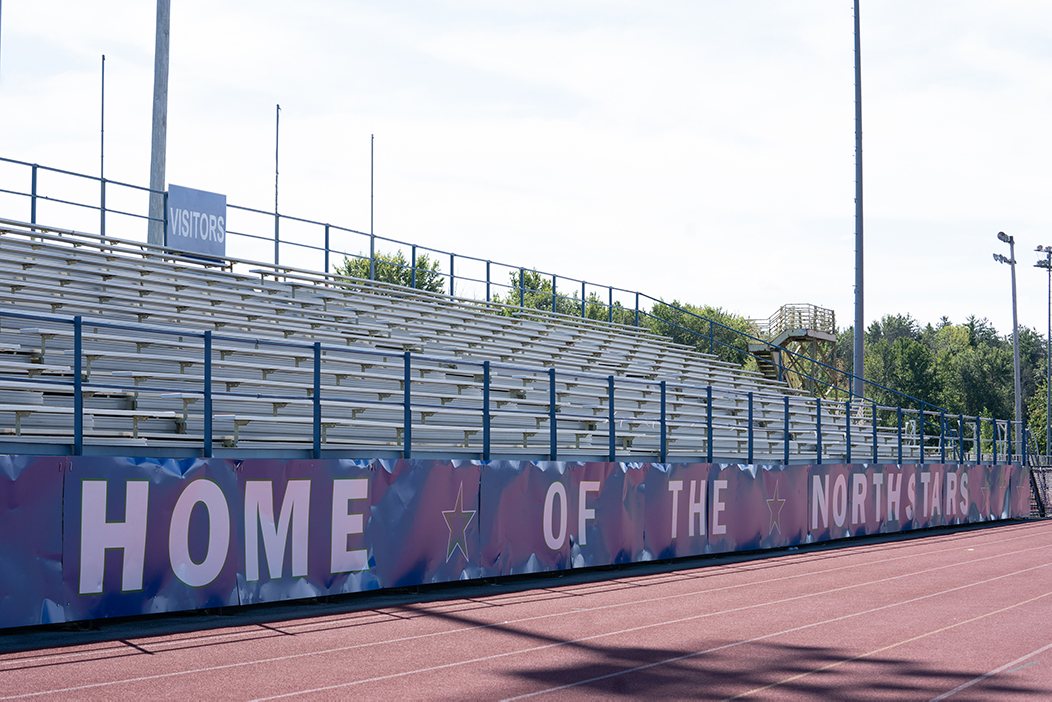 David Kline, the varsity head coach of Cicero-North Syracuse High School, created a 7-on-7 football league for his athletes to participate in. Emily Steinberger | Photo Editor

The coaches enforced social distancing on the field for practices, and each team was expected to spread out on the field. Receivers ran routes with masks on, and players couldn’t shake hands or high-five one another at any point. Practices were split up like a camp: skill players were on the CNS turf field, and linemen were on the back grass field. Over the weeks, Kline and Moskov were forced to make other adjustments on the fly.

“We kind of have a joke, like, ‘let’s go to plan 74B and take that one off the shelf,’” Moskov said. “We are constantly looking for contingencies and what we can do to make the most out of what we are given and still follow the rules.”

Without organized competition since March, the 7-on-7 league had a positive effect on players’ mental health, Kline said. Not having football was a “tough blow mentally,” for players, he said.

“I enjoy seeing the smiles on their faces,” Kline said. ‘This isn’t going to make us win games in March. This is just … something (for) these kids to look forward to on a Friday night.”

Despite all the setbacks, the 7-on-7 contests created more film for players, such as Penizotto Jr. and Churney Jr., to send college scouts. Though the league is shut down, they’re optimistic that they’ll play their senior season in the spring.

“This league benefitted me by giving me the sense of competition I haven’t had since quarantine started,” Penizotto Jr. said. “It was just good to have that feeling back.”

The post 7-on-7 high school football league in CNY gives ‘sense of normalcy’ appeared first on The Daily Orange.