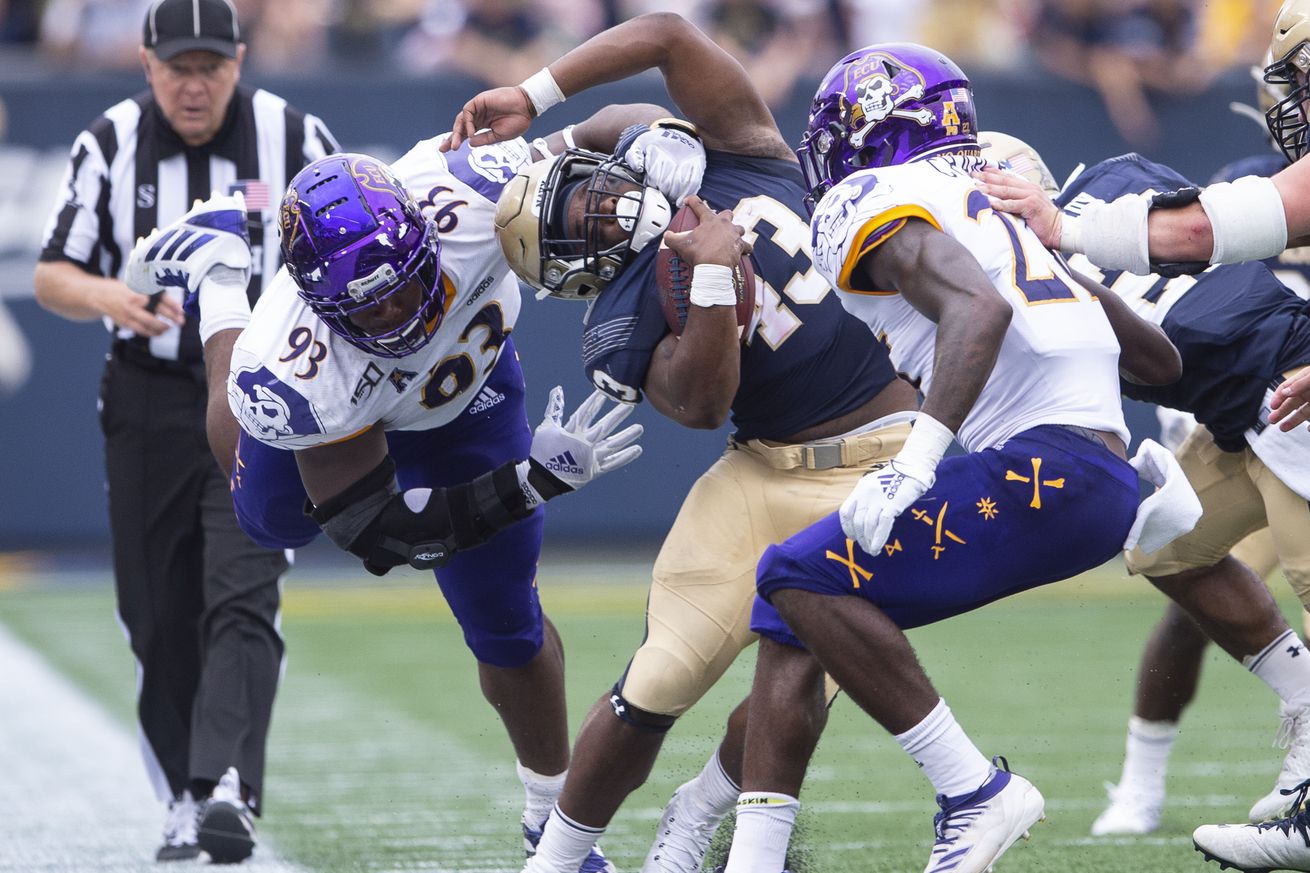 Navy looks to improve to 3-0 in American Athletic Conference play this weekend at East Carolina.

After an exciting win over the Temple Owls a week ago, the Navy Midshipmen hit the road to take on East Carolina in Greenville. The Midshipmen enter the conference matchup with a 2-2 overall record and 2-0 in AAC play. The ECU Pirates got off to a slow start this season, losing their first two games. But, after a strong 44-24 win over South Florida, the Pirates have battled back to a 1-2 record.

ECU is led on offense by junior quarterback Holton Ahlers. Over the first three games of the year, Ahlers has thrown for 673 yards for six touchdowns. However, he has also thrown four interceptions. As a team, the Pirates have turned over the ball six times this year.

On defense, ECU has struggled, allowing an average of 41.3 points per game. Although, their offense turning over the ball often has given their opponents great field position. Without having faced a triple option opponent this year, the Pirates may have their hands full this week.

The last component to explain ECU’s struggles this year is the amount of penalties and penalty yardage they have to their name. The Pirates average over eight penalties per game for 86 yards per game. Any team with that lack of discipline will struggle to win football games.

The Navy Midshipmen will hope to continue their streamlined option offense with Dalen Morris at the helm. We will also likely see a healthy combination of Jamale Carothers and Nelson Smith at the fullback position, given Smith’s stellar performance against Temple.

On defense, Navy will be looking to have a healthy squad, with defensive captain Diego Fagot possibly returning from injury. The key to success for the defense will be to avoid giving up the big play and force ECU to put together complete drives. Fortunately, this week they will not have to face a talented, fifth year senior like Temple’s Anthony Russo.

Prediction: In a tough battle, the Navy Midshipmen steal an away victory, 42-35.

. @AFNtelevision sked for @NavyFB vs. ECU: