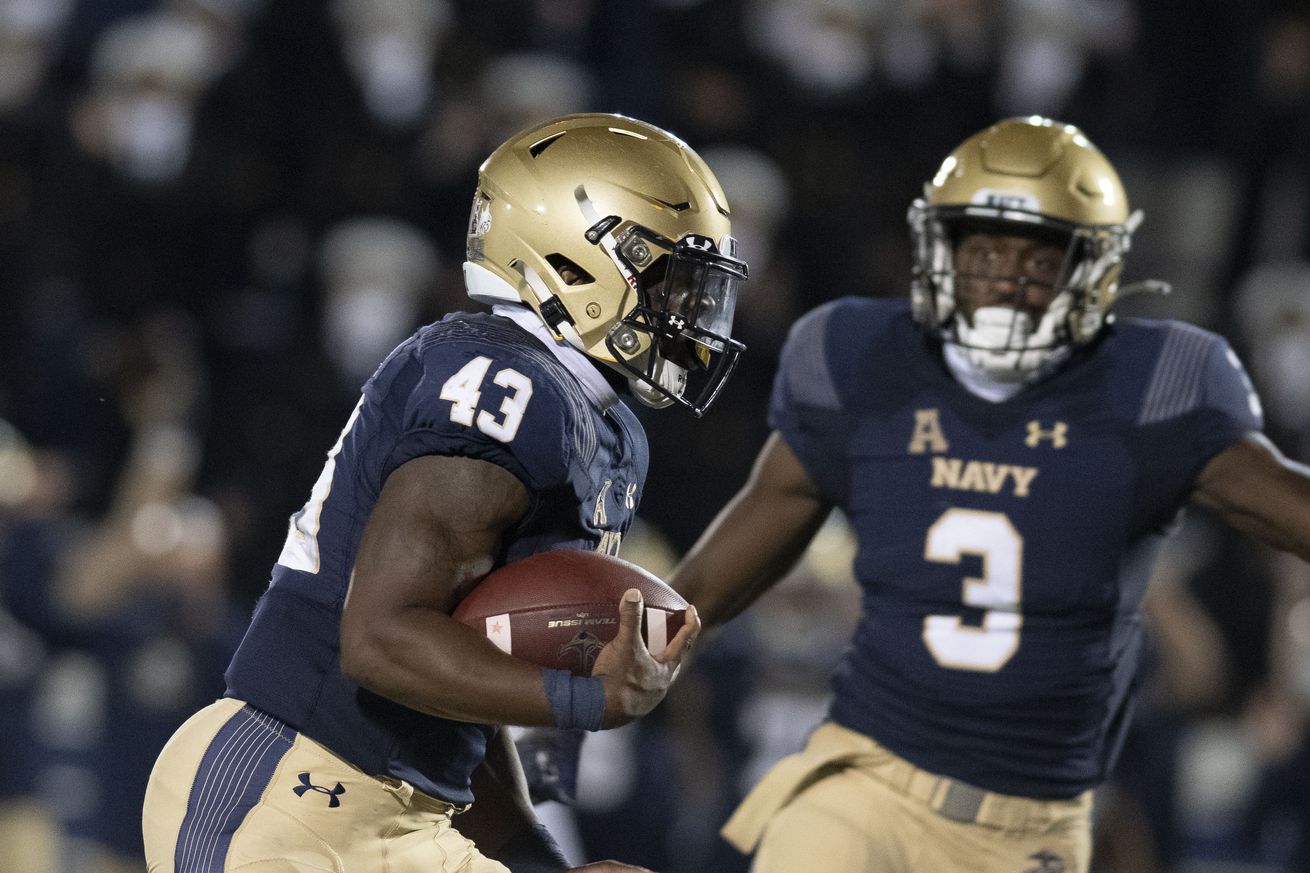 Good news for the folks who don’t subscribe to ESPN+.

The Mids’ game this Saturday at East Carolina has been moved to cable and will now air on ESPN2. Kickoff is still at noon EST, and Lincoln Rose (play-by-play) and Keith Moreland (analyst) will still have the call.

ESPN and the American Athletic Conference reworked the schedule after Cincinnati vs. Tulsa was postponed due to “positive COVID-19 cases at Cincinnati and the ensuing quarantine of student-athletes,” according to an AAC press release. The game has been rescheduled for Dec. 5.

The AAC also announced Thursday that its conference championship game will be played on either Dec. 12 or Dec. 19.

We’re assuming that, should Navy be in a position to compete for the AAC title, that the game will be played on Dec. 19, since the Army-Navy game is scheduled for Dec. 12.

Navy is 6-1 all-time against the ECU Pirates and has won four straight since 2012.