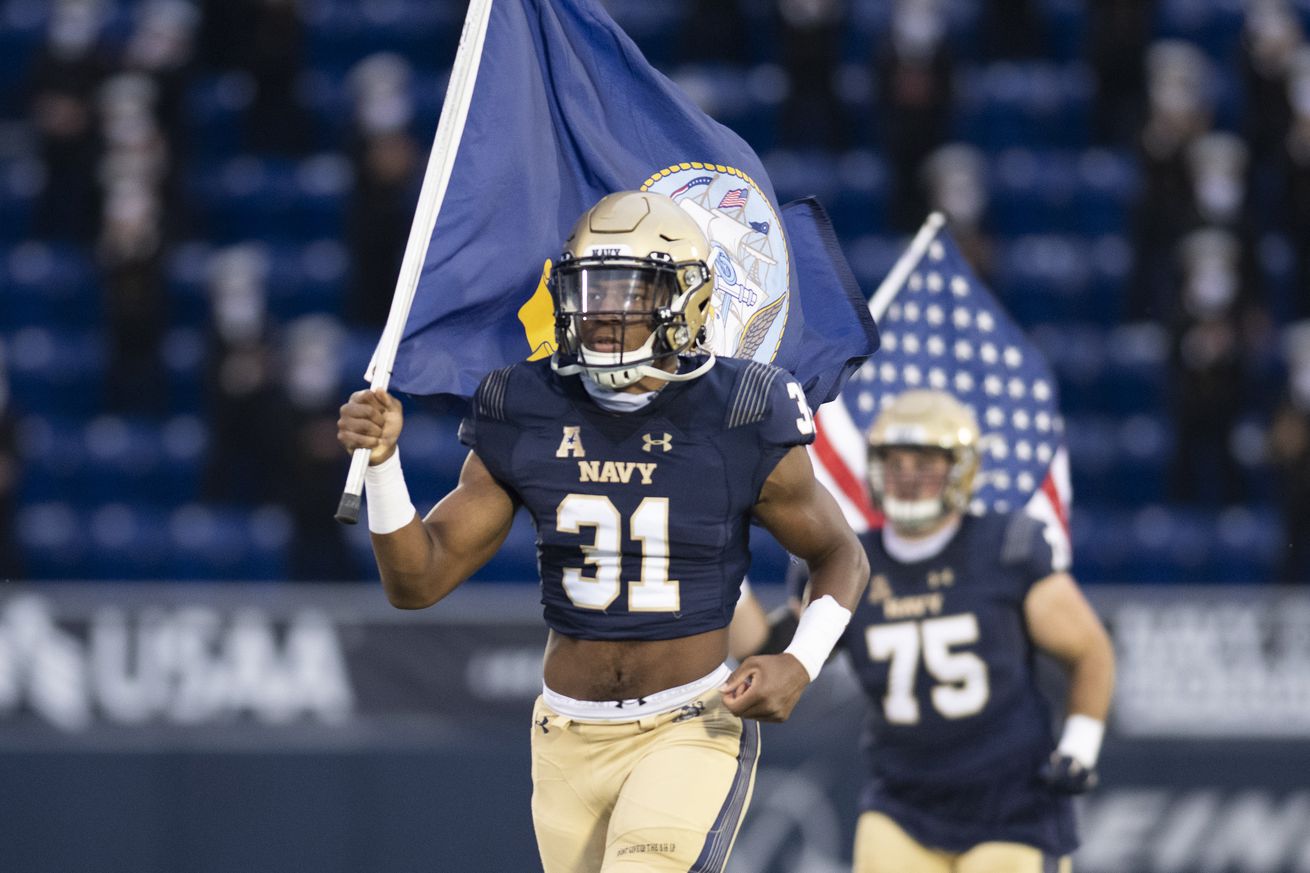 Ken Niumatalolo earned his 100th win at Navy, and the Midshipmen improve to a record of 2-2 with a win over the Temple Owls.

After an abysmal performance in Colorado Springs against the Air Force Falcons, the Navy Midshipmen needed a strong rebound the next time they took the field. Navy hosted the Temple for the Owls’ first game of the season on Saturday at Navy-Marine Corps Memorial Stadium in Annapolis and came away with an impressive 31-29 victory.

While Navy is now 2-2 on the season with a pair of embarrassing non-conference defeats, they are 2-0 in American Athletic Conference play.

The win also marked Ken Niumatalolo’s 100th career victory, making him just the sixth active FBS coach to win that many games at one school. 4,400 members of the Brigade were there to celebrate Coach Ken.

“I’m just speechless. So happy for our players to come back after a devastating loss last week,” Niumatalolo said after the game. “We had our two starting inside linebackers out, our starting safeties out, but our guys battled and the defense found a way to make enough plays to win.”

The Midshipmen opted to receive the opening kickoff — a rare desire by Niumatalolo — and it paid off. Navy marched straight down the field and capped off an impressive 17-play, 75-yard drive that ended with a Jamale Carothers‘ rushing touchdown. As always, the Midshipmen like to possess the ball for as long as possible. They did just that by taking 9:38 off the clock on that first drive.

The Temple Owls had a response to the dominant drive. Anthony Russo, Temple’s fifth-year senior quarterback, comfortably led his offense down the field. Fortunately for the Midshipmen, the Temple drive stalled and resulted in only a field goal.

Navy and Temple exchanged touchdowns on each of their subsequent drives, bringing the score to 14-10 with the Midshipmen in the lead.

First Half, Fourth Down Conversions

The Navy Midshipmen converted both of their fourth down attempts in the first half. The first attempt resulted in a touchdown. Another conversion was especially important on a gutsy fourth-and-six play from Temple’s 45-yard-line that allowed Navy to extend their drive. Just one play later, senior fullback Nelson Smith exploded for a 26-yard touchdown run and extended Navy’s lead to 21-10.

The Midshipmen didn’t force Temple to punt the ball at all during the first half. Additionally, Navy’s defense gave up 199 yards and allowed 5.85 yards per play. And yet, the Owls went into their locker room at halftime with only 10 points and trailed the Mids by 11 points.

With the Owls driving down the field at the end of the half, Russo was intercepted by John Marshall. The turnover was huge in preventing a shift in momentum, especially since Temple would be receiving the ball to start the second half. Navy’s defensive grit, paired with their offense’s incredible job winning the time of possession, was the story of the first half.

The beginning of the second half wasn’t as fruitful as the first for either team. Temple and Navy had short drives that resulted in punts on their initial possessions. When the Owls got the ball back, Russo took command and led his team to the end zone after 10 plays and 70 yards. However, he got some help from some missed assignments and a costly 15-yard penalty by the Navy defense.

As a sophomore two years ago, Smith looked like the future of the position for Navy. He was splitting time with a senior at the time and actually started seven of the games that season. Last year, his performance subsided and was overshadowed by Carothers, a breakout star. Smith regained his status during Navy’s second drive of the third quarter when he carried the ball for 5-of-9 offensive plays, totaling 59 yards, and scoring his second touchdown.

In all, Smith had a tremendous day rushing the ball, covering 120 yards on 20 carries and scoring twice.

Nelson Smith. Up the middle. Touchdown No. 2. @NavyFB answers RIGHT BACK! pic.twitter.com/ACfkzWBo4N

Temple responded with a rushing touchdown by Russo, but failed to convert the two-point conversion, reducing the Navy lead and bringing the score to 28-23.

After a steady drive, and two big fourth down conversion, Navy found themselves in an undesired fourth-and-20 situation on Temple’s 33-yard-line. Niumatalolo sent out the reliable, Bijan Nichols to attempt a 50-yard field goal into the wind. Naturally, Nichols crushed the ball through the uprights on a kick that would have been good from near 60 yards.

Nichols was also four-for-four on extra point attempts Saturday and has missed just one kick through four games this season.

Perhaps the most impressive thing about that drive that ended with Nichols kick was how much clock it ate up. Navy only covered 26 yards, but used 15 plays to do so and grinded off more than nine minutes off the clock.

With 4:56 left in the fourth quarter, Russo was given the ball on his own 25-yard line, down 31-23. On 10 plays, the Temple Owls drove the distance of the field and scored a 1-yard rushing touchdown with 1:02 left in the game.

Down two points, Temple had to go for a two point conversion, which was emphatically denied by sophomore linebacker Terrell Adams, who broke up Russo’s final pass attempt.

Adams had a strong outing with a total of nine tackles on the night. Notably, he was one of the linebackers who stepped up in the absence of star linebacker Diego Fagot, who was out due to an injury.

A note on the broadcasting crew

John Sadak and Randy Cross often serve as the commentators for Navy games on CBS Sports. While many fans are normally critical of those covering the games, this was time was exceptionally bad. Comments like nobody valuing “timeouts less than Navy” and referring to head coach Niumatalolo as “Riverboat Ken” or “Casino Ken” were unprofessional. They even continued to mock Niumatalolo about his coaching decisions, suggesting he should be wearing sunglasses as if he were gambling at a casino poker table (of course, the game was at night). Coming from an organization such as CBS, and from two announcers who have been assigned to Navy games for so long, one would expect better.