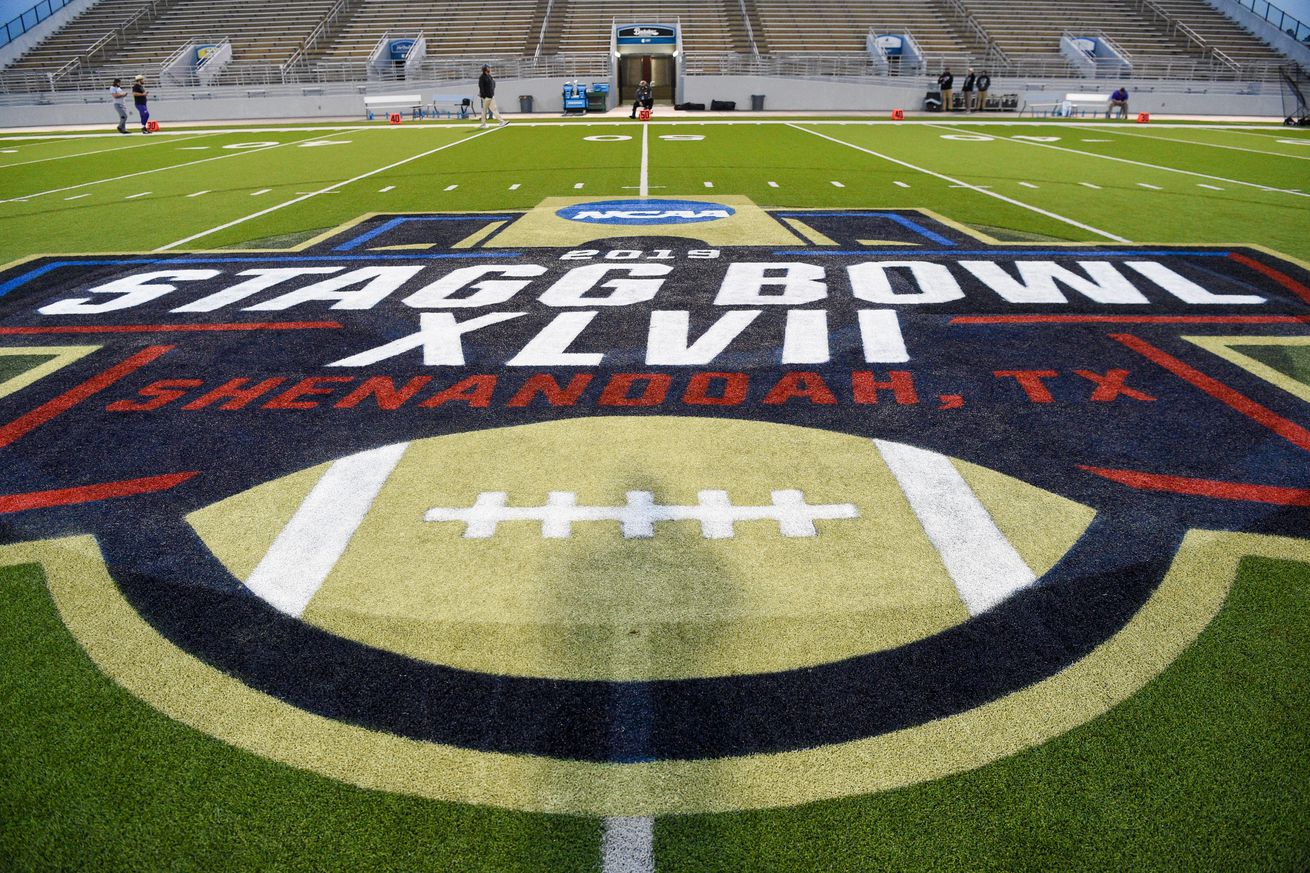 The Division III national championship for football is coming to Annapolis.

The home of Navy’s football team has hosted the Military Bowl since 2013, which typically features teams from the ACC and the American Athletic Conference.

But the second bowl game Navy will host in 2022 won’t be of the FBS variety. That year, the Division III National Championship Game — also known as the Stagg Bowl — is coming to Annapolis.

The NCAA announced Wednesday that NMCMS was awarded that game, as well as Division I men’s lacrosse quarterfinals for 2023 and 2025.

This will be the first time that the Stagg Bowl has been played in the state of Maryland. Division III has hosted a national championship game for football since 1973. It was played in Salem, Virginia between 1993 and 2017.

The bowl is named for Amos Alonzo Stagg. After playing at Yale, he became an innovator in college football while coaching at Chicago and Pacific, and won more than 300 games.

While the Stagg Bowl will be played at NMCMS, the host for the game will be Stevenson University, a private Division III college in Owings Mills, Maryland.

*Also: I went on the Boneyard Podcast this week to talk about Navy vs. East Carolina. And, yes, they asked me about Army joining a conference.