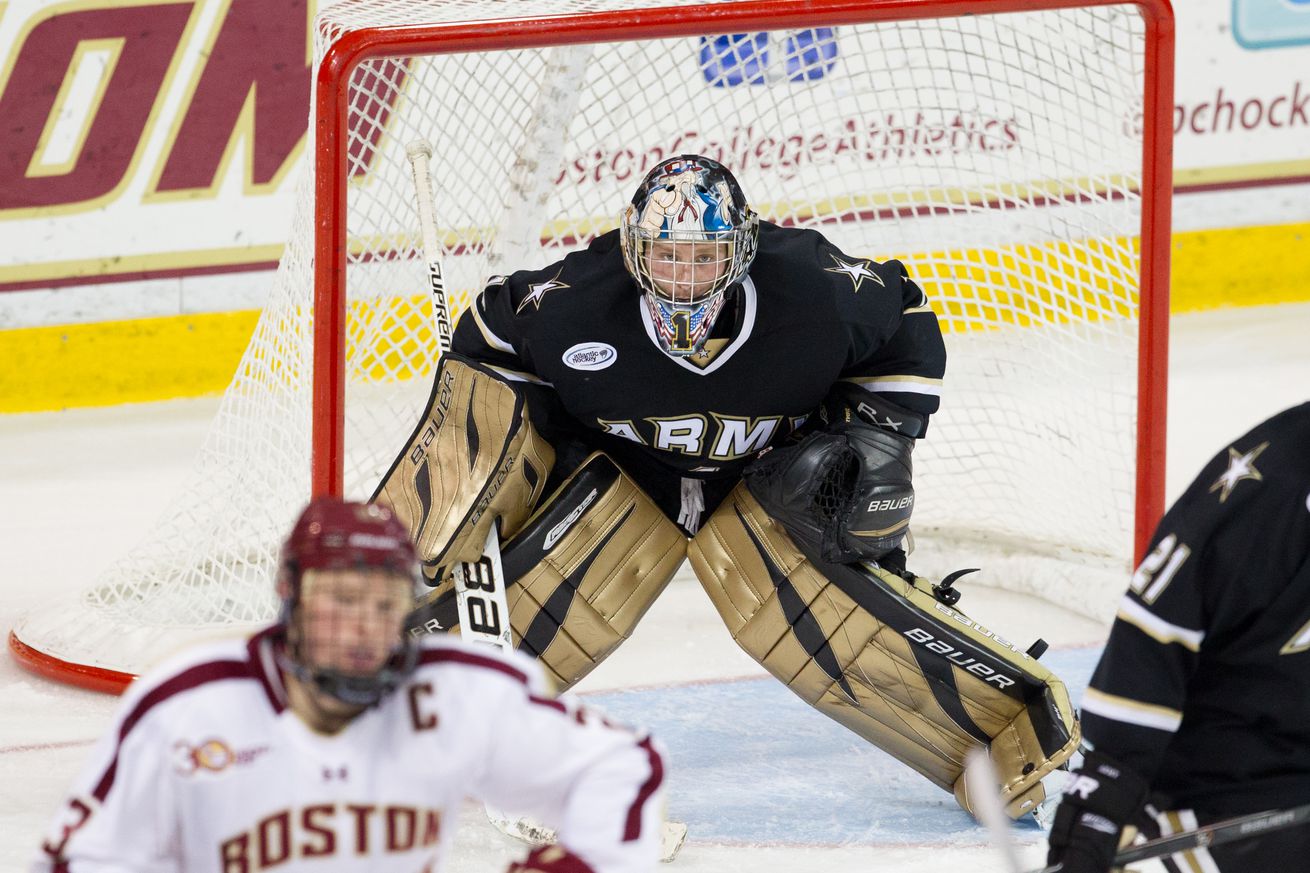 Yes, the Black Knights will take to the ice this winter. 26 games are on tap for Army.

Despite the pandemic, Army’s men’s hockey team will play this winter.

The Black Knights released a 26-game schedule Friday after Atlantic Hockey announced its format for the upcoming season on Thursday.

Army will play 13 games at home at Tate Rink, beginning with a Nov. 14 contest vs. LIU. The season will end with the Atlantic Hockey Tournament, which will include all 11 teams and be played over three weekends, culminating with a return to Buffalo’s LECOM HarborCenter.

“We are so grateful that we will have an opportunity to play games in the near future,” Army head coach Brian Riley said in a statement. “I’m very proud of our guys for the self-discipline they have shown to stay safe and set us up to have a season. We are also very grateful to the leadership team here at West Point for the plan they implemented months ago to put us in a position where we could have a hockey season at Tate Rink.”

Tate Rink will not host fans at this time. If conditions change, ticket information will be announced at a later date.

Army will not host Air Force this season, but will play two back-to-back games in Colorado Springs on Jan. 15 and 16.