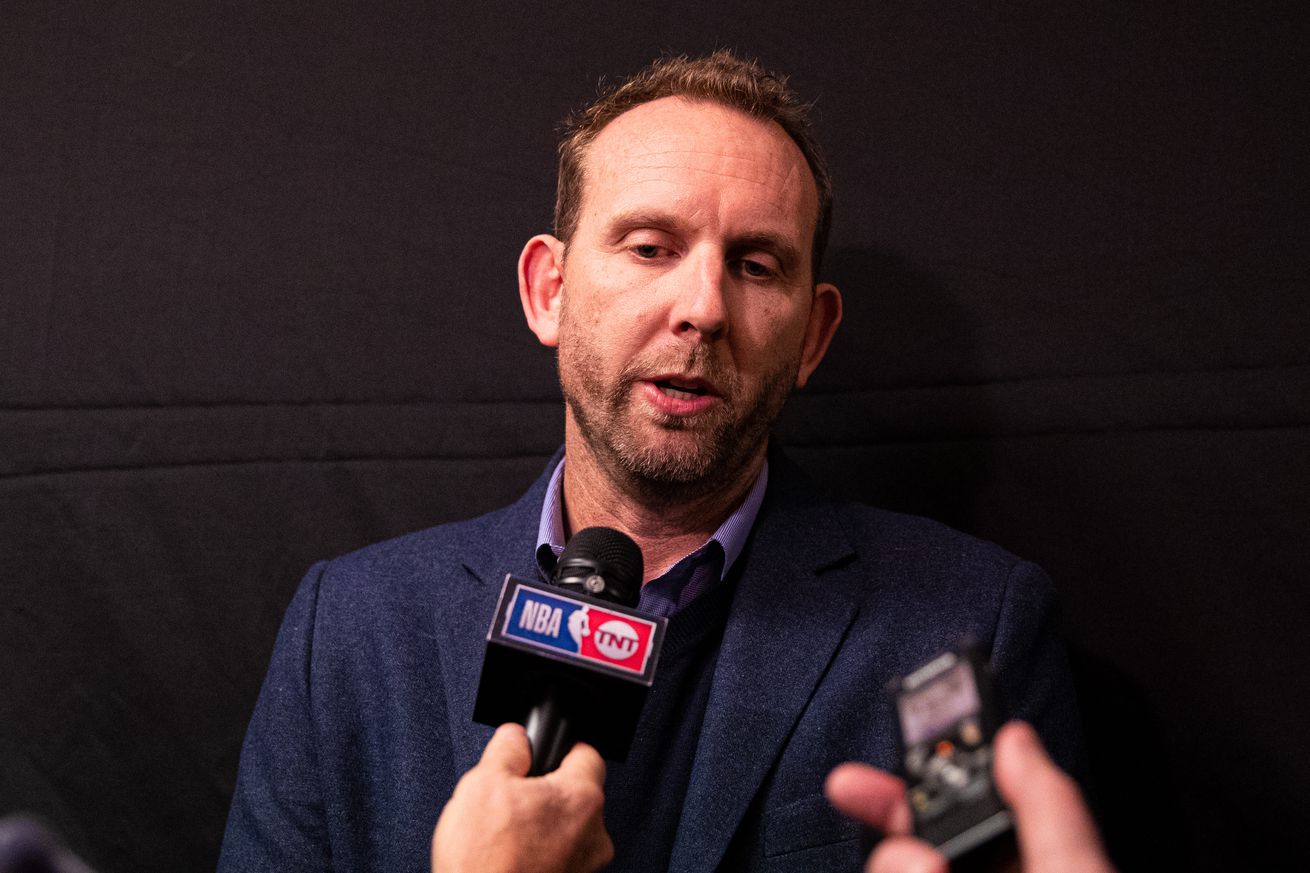 In a flurry of trades that broke around midnight, the Milwaukee Bucks remade their starting roster and in the process added Jrue Holiday, a potential “third star” the Nets were reportedly interested in acquiring.

At the same time, the same reporters who broke those trade were writing that the Rockets had declined to get involved in “meaningful dialogue” with the Nets on a James Harden trade … despite his growing demands.

So what will the Nets do as the NBA’s player movement week moves into its second day?

The Harden story of course has been going on for a week, but the Bucks’ moves were a big surprise. To get Holiday, the All-Defensive point guard, the Bucks paid a high price to the Pelicans: three first round picks, two swaps of first round picks, George Hill and Eric Bledsoe. The Bucks also wound up with Bogdan Bogdanovic in a trade with the Kings, giving up Donte DiVincenzo, Ersan Ilyasova and D.J. Wilson in a sign-and-trade with Sacramento.

Milwaukee did what it did to convince Giannis Antetokounmpo to sign a supermax contract which has to happen by December 21. The two-time MVP, still only 25, let it be known over the weekend that his decision would be based on what the Bucks did to pursue a title. Did he approve of the moves, push for them? No one’s saying but if the Bucks front office did the deals, with all that lost youth, without an assurance from Antetokounmpo, it’s an even bigger risk than Billy King and Mikhial Prokhorov took back in 2013.

On the other hand, the Bucks are now a better team and its front office and ownership believe they can contend for a title.

Would the Nets have matched the Bucks price for Holiday? Doubtful. The Nets history alone would have prevented that … and Holiday is an expiring contract. Sean Marks apparently has a rule that he doesn’t trade for a player he could get as a free agent.

There are, of course, other implications for the Nets other than a resurgent Bucks team. If Holiday is worth FIVE firsts, what would the acquisition of Harden require? The Rockets also demanded the Blazers to give up two firsts and Trevor Ariza for Robert Covington, also last night.

So, let’s assume for the moment that the Rockets won’t relent on Harden’s demands —and as Adrian Wojnarowski and Shams Charania noted yesterday, they could do nothing in the short term while trying to repair their relationship with their superstar. Harden doesn’t have a no-trade clause. Would he hold out? Doubtful.

(Repairing the relationship might not be so easy. Ric Bucher reported overnight that the Rockets players are in “revolt” over owner Tillman Fertitta’s close relationship with President Trump.)

Will the Nets stand pat? They already have acquired the perimeter defender many thought they needed, trading Dzanan Musa and the Raptors second rounder in 2021 to Detroit for 24-year-old Bruce Brown Jr., who in two years has started 99 games. They’re still working out prospects with draftniks believing they’ll probably go for a young developing player like R.J. Hampton, Jaden McDaniels or Cole Anthony.

They still have a wealth of good young players in Caris LeVert, Spencer Dinwiddie, Jarrett Allen, Nicolas Claxton and Taurean Prince who they could use in either a Harden deal if one materializes or for an experienced power forward. There’s also the reporting that Brooklyn —and specifically Durant— are trying to recruit Serge Ibaka who would have take a huge pay cut to pursue his second ring. Not to mention the possibility of “ring chasers” signing up on vets minimum deals.

In other words, the Brooklyn Nets remain in VERY good shape. They already have two superstars, their roster is stable and are seen as a title contender even without adding Harden. They have the flexibility to make moves around the edges if they want or test a big deal.

Of course, this story could be blown apart by a Woj Bomb at any moment. Enjoy the ride.