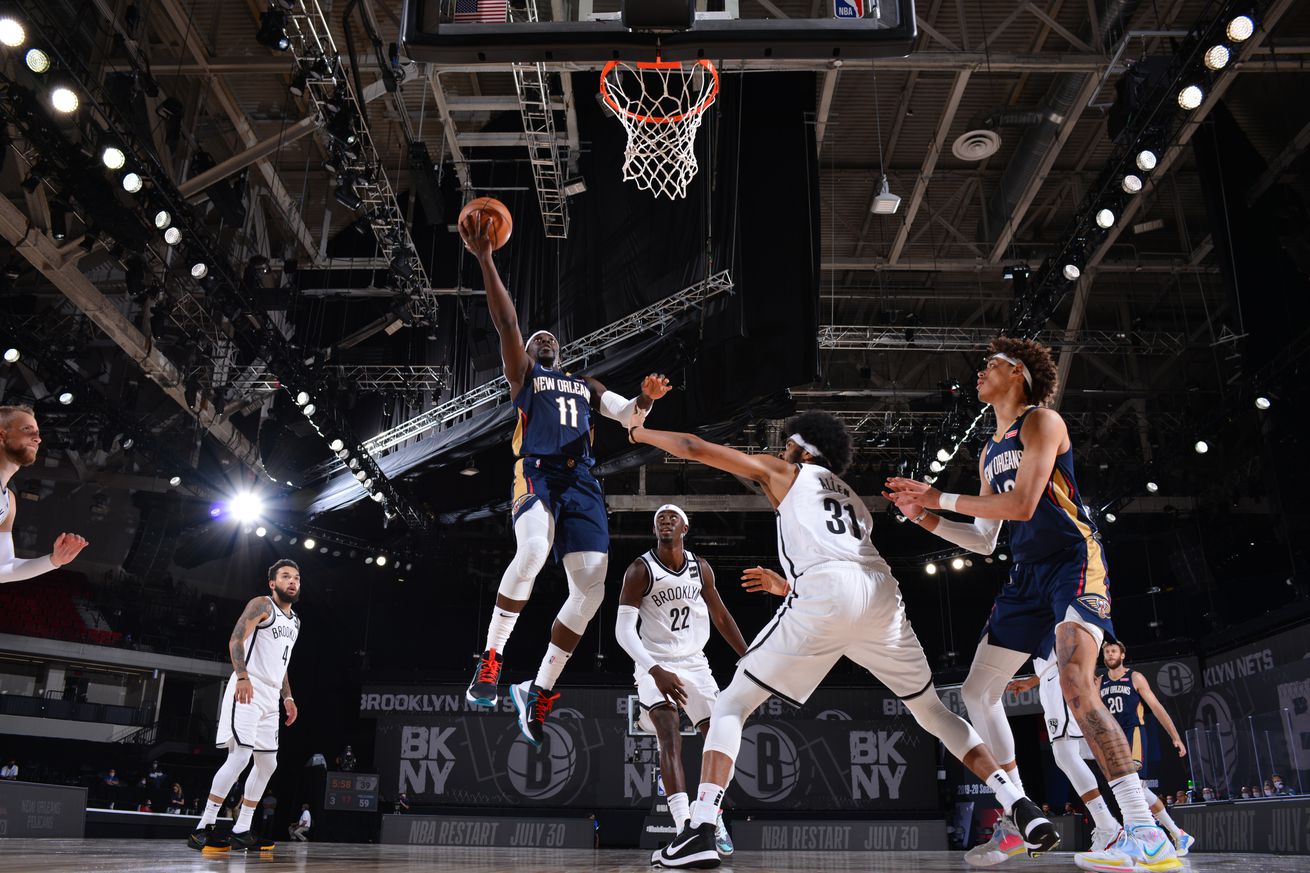 You can’t really call it a rumor. It’s more like speculation … with supporting evidence still vague. Still, the IDEA of Jrue Holiday becoming the proverbial “third star” keeps getting attention.

So, on the ESPN’s Hoop Collective podcast that aired Thursday, there was a healthy discussion of what a Holiday-to-Brooklyn deal might look like among Brian Windhorst, Bobby Marks and Tim MacMahon.

None of the trio said they knew anything about whether such a deal is even contemplated by the two teams … and WIndhorst noted that the fate of the 30-year-old point guard in New Orleans is dependent on who the Pelicans choose as head coach.

“I don’t know,” Windhorst added, admitting a lack of knowledge on the Pelicans’ intentions then adding, “If Redick and Holiday are on the market —J.J,’s at $13.5 million, right Bobby?— I think both of those guys could fetch interesting packages.”

When MacMahon pressed on what a Nets package would look like, “because that would give them a third star for sure”, Windhorst replied simply, “Uh, Caris LeVert and Jarrett Allen?”

Bobby Marks agreed, saying, “that’s probably what you’re looking at. If I was in New Orleans, I would have intrigue with that kind of package.” MacMahon agreed, noting the Pelicans rotation could include, “You’d be talking about LeVert, [Brandon] Ingram with Allen, Zion {Williamson[ fits in that. That’d be interesting.”

Perhaps anticipating criticism that Allen might be superfluous with all the Pelicans’ bigs, Windhorst noted, “They have a number of big there that would get in the way of Allen, but I think Allen would be better.”

In other parts of the podcast, Bobby Marks predicted that there would be very few signings where free agents would get more than MLE, which which is likely to $9.7 million. Overall, he thought free agent contracts would yield only about a third of what teams spent in 2019.

He also suggested that players like Joe Harris, with their long service and their teams’ ability to go above the cap, will be retained.