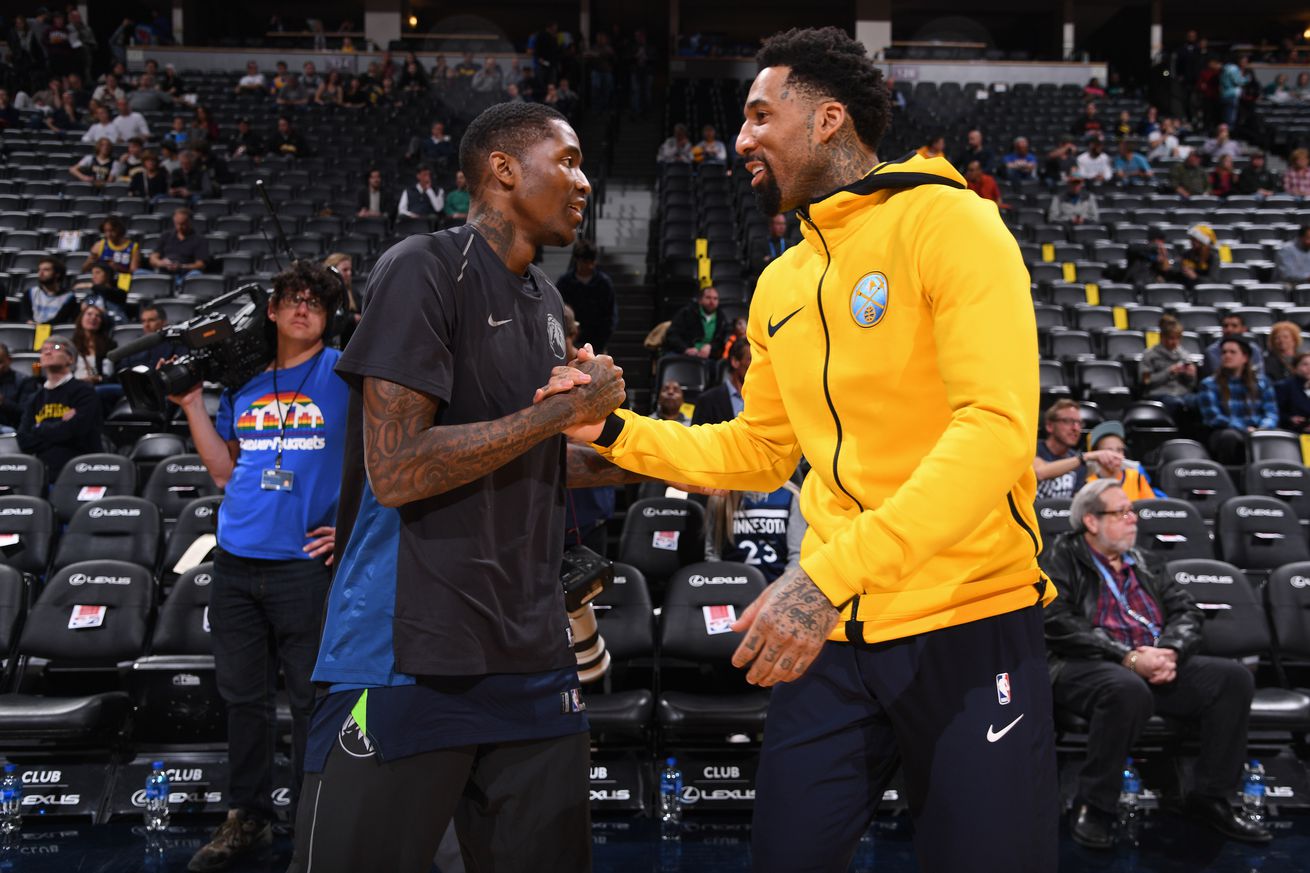 Wilson Chandler and Jamal Crawford went separate ways in June. Chandler decided to opt out of the “bubble” citing both health and social justice concerns. Crawford, who hadn’t played all season, decided to take the Nets offer to play in Orlando.

Now, both are free agents headed into next season and are talking about their decision and in Crawford’s case, his future.

Chandler spoke to Mirin Fader of Bleacher Report, about his decision, one of three athletes Fader talked to who opted out of their sports’ “bubbles.” Primarily, Chandler said it was about health, not his but his childrens’ — two of whom have respiratory issues— and his 87-year-old grandmother.

Chandler explained that his older son, Wilson Jr., 6, has asthma and his younger son, Kato, six months old, has issues with his breathing. He also has a daughter, Jaya, 12.

As for his grandmother, Olivia, Chandler recalled how he visited her in Benton Harbor, Michigan, not long after the hiatus began. He couldn’t hold her, touch her. Fader writes of Chandler’s visit to the woman who raised him, gave him his mental toughness.

He just talked to her through the screen window. It pained her, seeing her golden child, as she thinks of him, there but not there. Behind a screen, not in her embrace. “It was tough for her,” he says. “I’m like her little baby.”

By June, he had decided that he wasn’t headed to Walt Disney World.

“I realized I wasn’t going,” he told Fader. “It’s never about me. It’s about my family and those underlying conditions that might [put them] at risk. Just keeping them safe. When you have kids, you just want to be able to protect them.”

Wilson also said he wanted to call attention to Black Lives Matter and the fight for social just and against police brutality. “George Floyd, Sandra Bland, they’re my family too,” he said.

Now, the 33-year-old is living with his loved ones, not having to board a plane or say goodbye again. An unrestricted free agent, Chandler talked about continuing his career.

“That’s how the world works,” he said. “We have to pay bills, we have to make sure our kids have the best education, have the things they need to succeed.”

Crawford wants back in the league as well, he told Marc Stein of the Times. He appreciated the opportunity to play, which he called “historic.”

“I have no regrets at all,” Crawford told Stein Monday night after returning to his home in the Seattle area. He played only five minutes in one game in the seeding portion of the “bubble,” No appearances in any of the three scrimmage games. None in the playoffs.

He scored five points in six minutes in the Nets surprising August 4 victory over the Bucks, before pulling a hamstring. That was it. Yet he’s happy he went to Orlando, grateful to the Nets for permitting him to “experience a historic moment in real time.”

“We were able to bring much attention to the social injustices going on,” Crawford told Stein, “and give people some sort of comfort from being able to turn on the TV and watch games.”

Crawford said he “would love to play again next season.” Kevin Durant said in a recent “Play for Keeps” podcast that he’d like to see Crawford return to the Nets in 2020-21.

“I think it’s somebody you need to have on your roster especially if he can still practice and still be a player,” said KD.

And would the soon-to-be 41 Crawford like to be on the Nets roster whenever teams suit up again?

“With a whole, healthy roster,” Crawford told Stein, “anyone would love that opportunity.”