Despite a disappointing loss to France in Team USA’s Olympic opener, there’s a lot to look forward to in Tokyo. Not only is there more basketball to be played, but there’s still history to be made. Nets star Kevin Durant has a chance to become Team USA’s all-time leading scorer if he has a solid performance against Iran.

After scoring 10 points against France, Durant is at 321 points on Team USA’s all-time scoring list. That’s only 15 points away from the all-time leader, Carmelo Anthony, who sits at 336 points. What makes this even more impressive is that this is only the third Olympic appearance for the two-time NBA champion. Anthony made four appearances to reach 336 points.

It won’t be a surprise if Durant breaks the ice on Wednesday. Scoring 16 points against Iran shouldn’t be the 32-year-old’s only goal though. The game versus France showed that he needs to step up.

Every player on the team knows he has to be the leader, he has been wearing that jersey longer than everyone in the locker room. Yes, his flawless 39-0 with the red white and blue is over following the loss. Yes, this is probably the most pressure Team USA has felt since 2004. However, this is far from over.

At the end of the day, we can’t ignore that Durant was dealing foul trouble. Next game, he has to step up because the world is watching. Perhaps it was Gregg Popovich’s Spurs offense that ruined the squad’s offensive rhythm. No matter what, this team has to figure it out. The United States wants nothing less than a gold medal this year. Every player on this year’s Team USA roster will do whatever it takes to make that happen. 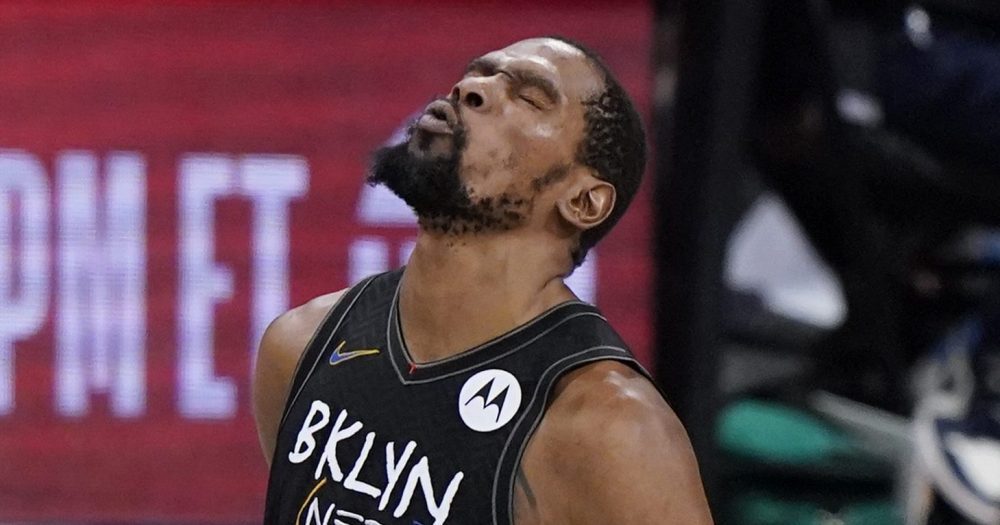